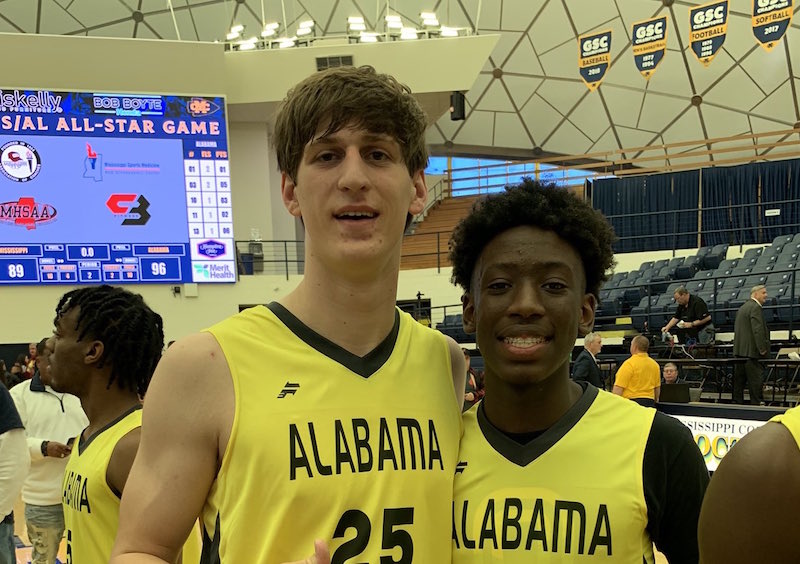 The Alabama All-Stars took a 20-point lead midway through the first half and were able to hold off a late comeback from the Mississippi All-Stars to win a battle of the two states’ top players.

Alabama scored 55 first-half points in a commanding effort that saw them take a 22-point lead into the halftime break thanks to a 21 field goals, four made 3-pointers and a 9-10 mark from the free throw line.

Team Mississippi, however, struggled shooting in the first half, going 13-42 from the floor. Those struggles were too much to overcome early, despite making five from beyond the arc, while they only made two free throws.

Mississippi battled back to with an improved second half, trimming the deficit to single digits with 10 minutes to play.

The uphill climb, however, became too steep.

Alabama was outscored 56-41 in the second half, but the Mississippi All-Stars struggled to get closer than seven the rest of the way, with Alabama’s players finding big answers with each punch thrown their way.

They ended up shooting 16-21 from the free throw line in the game, which made a huge difference in the final score, as Mississippi shot 10-18 from the line.

Alabama’s team posted 61 rebounds, and Turner was a big reason for that success.

He totaled nine rebounds as one of four players between nine and 12 rebounds on the team.

Turner also finished with four points, making one field goal and both of his free throws, while he added two steals and an assist in 17 minutes.

During their senior seasons, Jones led Pelham to the Sweet 16 for the third consecutive season, while Turner did the same at Spain Park, taking the Jaguars back to the Final Four for the second year in a row.