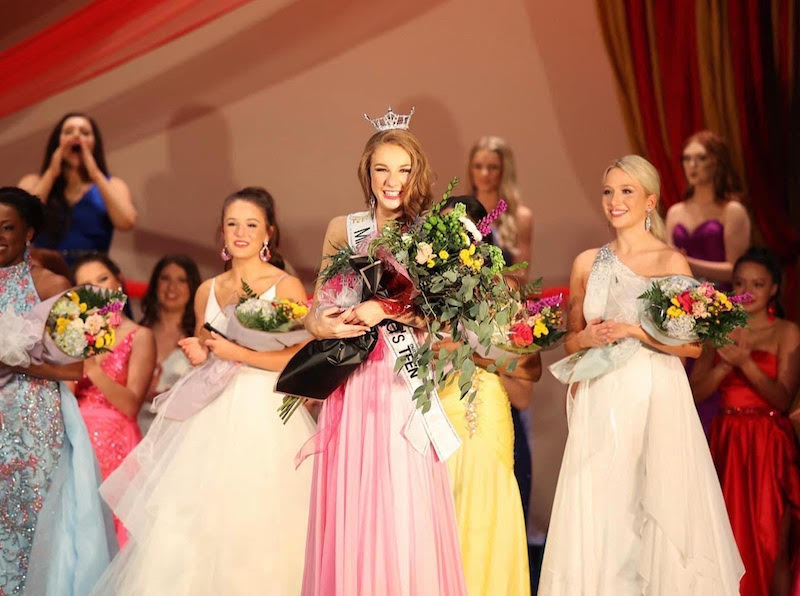 Shelby County’s Hailey Adams was crowned this year’s Miss Alabama Outstanding Teen at the pageant, which was held at Thompson High School on Saturday, March 5. (Contributed)

“The Miss Alabama Teen competition was so much fun,” Adams said. “I got to meet a lot of great girls and it was a family effort with my parents, brothers and sister all helping me. I first competed in the competition when I was 14, and had such a positive experience that I knew I wanted to come back and compete again. When COVID-19 hit, it postponed the competition. This gave me two years to prepare before I would have another opportunity to compete for the title.”

Adams said during those two years, she worked hard to prepare.

Anita Walker, who is the state director for the organization, said the role of Miss Alabama Outstanding Teen is a teen ambassador for the state.

There were 39 participants in this year’s program, which is a scholarship organization that provides scholarships to help fund college educations, while also having a strong emphasis on community service with a Social Impact Initiative.

After winning the title, Adams will now compete this summer for the title of Miss America’s Outstanding Teen and an opportunity to gain more scholarship assistance.

Adams said she has two favorite memories from her time competing, including when everyone competing finished rehearsals and had a dance party.

“Everyone cut loose and got to be silly and have fun,” Adams said. “My other favorite memory is performing my talent, which is a jazz dance to the song ‘Proud Mary’ by Tina Turner. It was really special because I lost my grandmother who never missed one of my pageants at the end of 2020, and I knew she would love the song and seeing me perform. I know she was watching down on me and smiling.”

Adams said she hopes to use her platform to continue to spread her social impact initiative and non-profit that she started called HUGS (Helping You Get Stronger), which raises awareness for pediatric cancer.

“I also hope to continue working with local, state and national representatives on legislation to raise more research funding for pediatric cancer,” Adams said. “I also hope that after my year is up that I am remembered as a dream-chasing, servant-hearted and bright-smiling trail blazer that inspires others to go after their passions and make a difference in our world.”