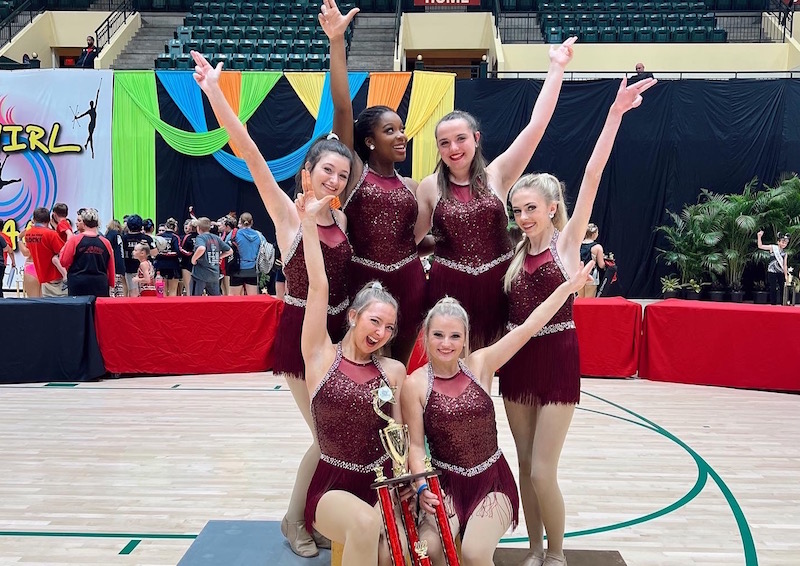 The Thompson High School Majorettes have enjoyed a successful season so far this year, reaching a recent milestone by placing first in a national competition.

In January, the majorettes placed third in the High School Dance Twirl category at the Winterfest Competition in Opelika.

They then followed that up in February with a monumental showing at the Twirl Mania International Competition at the ESPN Center in Orlando, winning first place in the High School Classic category, before recently competing at Alabama State Championship hosted at Thompson High School.

“It was a very special moment,” said THS majorette coach Anna Catherine Smith. “The girls have worked very hard this season, and it was an amazing experience to see their hard work pay off.”

There are currently six majorettes, a larger number from last year where there were only four.

Smith said some exciting moments so far this season have been winning first place at Twirl Mania, and seeing the team’s excitement when their name was announced.

One thing that makes the majorettes for THS unique is the fact they have a love for twirling and for each other.

“Even outside of our scheduled practices, the girls practice at home and get together to improve on their skills,” Smith said. “They truly love and support each other as twirlers and as individuals. The team’s love for each other truly shines when you see them perform. We also have such an incredible support system. I have never worked for a program with such dedicated parents, staff and administration. We are incredibly grateful, and would not be able to do it all without our support system.”

Tryouts to become a majorette are coming up at the end of March with a tryout clinic being held March 21-24, and tryouts set for March 25.

During tryout clinic week, Smith said Thompson majorette candidates will learn the group routine and work on tricks with the senior majorettes.

There will also be an optional clinic day on March 17 where candidates will have the opportunity to work with the senior majorettes on different tricks and techniques that are required for tryouts.

“We are very excited to have our new Thompson majorette line very soon,” Smith said.

As the season continues, she said the main goal for the program is to continue to be the successful team they are.

“The Thompson majorettes have won many competitions over the years, and we want to continue to do so,” Smith said. “We also believe that success comes from the team being well-rounded in other areas besides twirling. The Thompson majorettes are held to a high standard in academics, involvement and character. These qualities are just as important as winning competitions.”