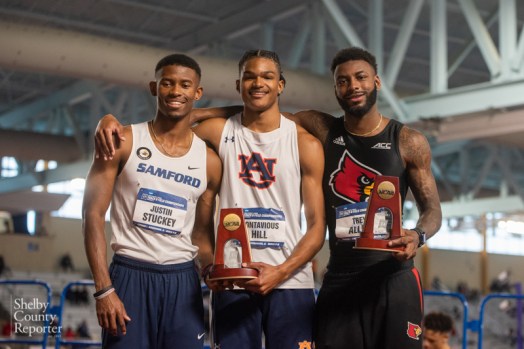 Justin Stuckey, left, and Trey Allen, right, both competed in the NCAA Indoor Track and Field Championships on March 12, finishing as two of the top eight high jumpers in the country. (Reporter photo/Keith McCoy) 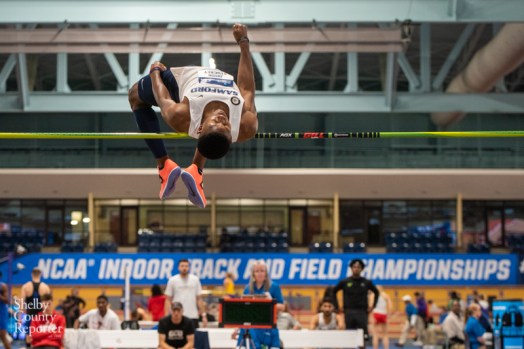 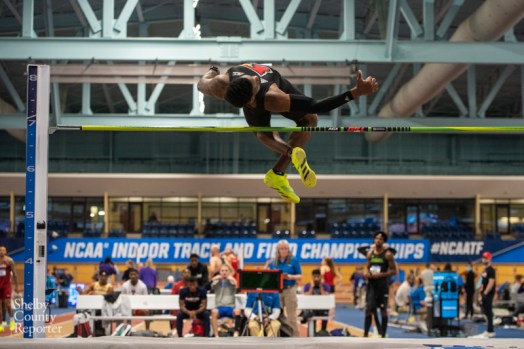 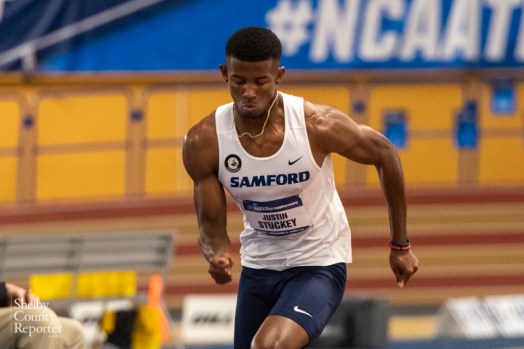 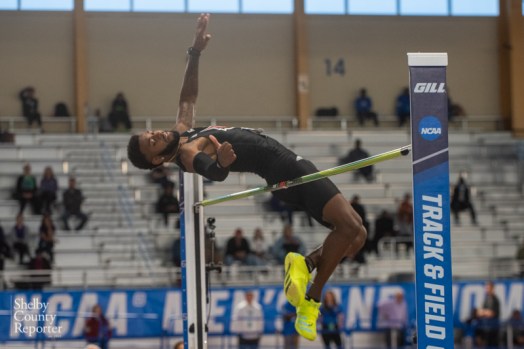 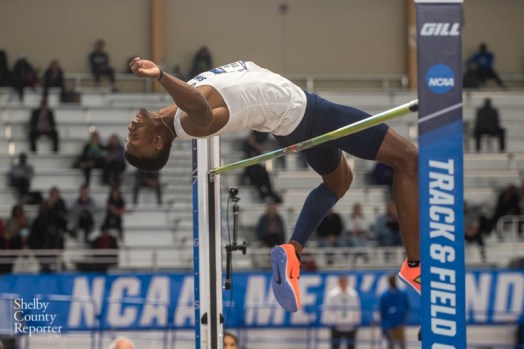 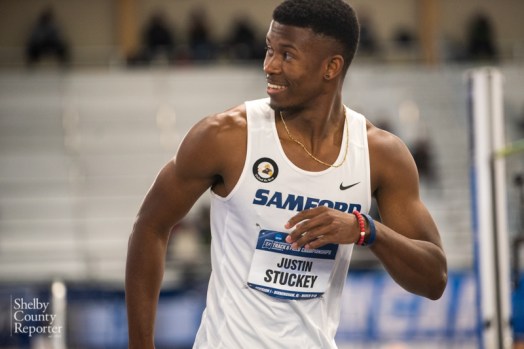 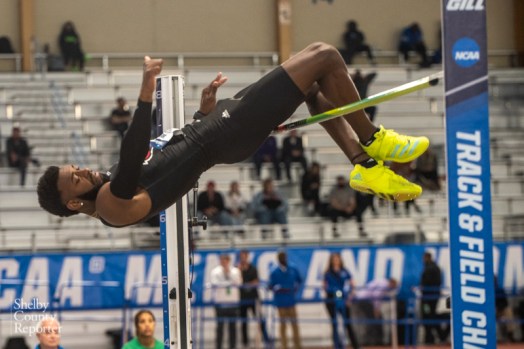 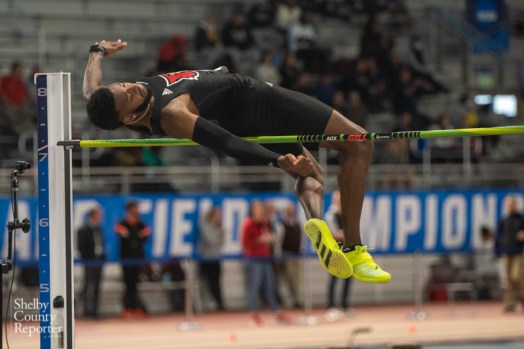 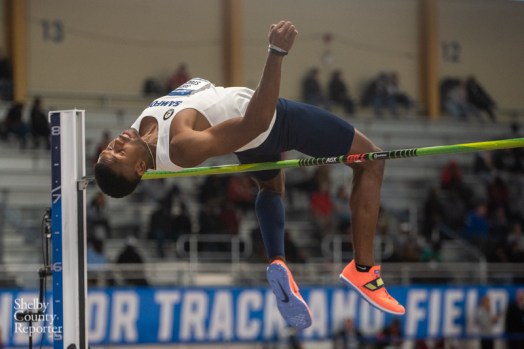 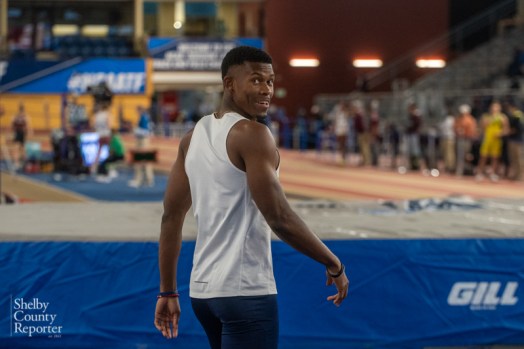 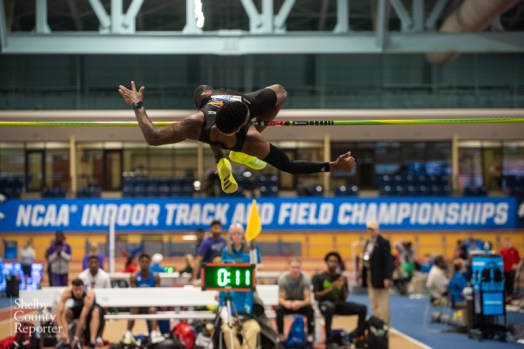 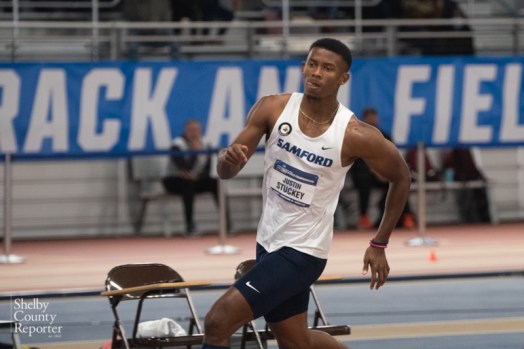 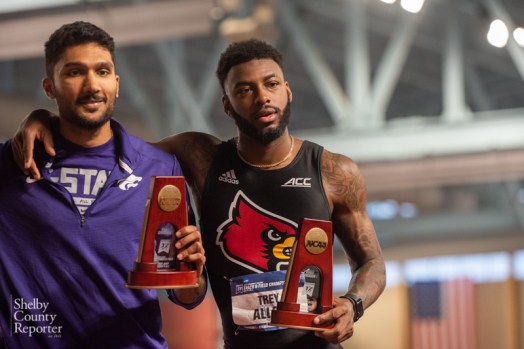 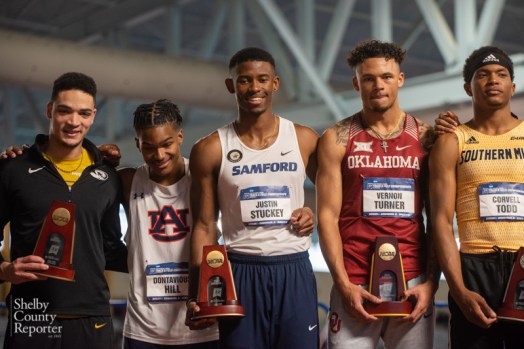 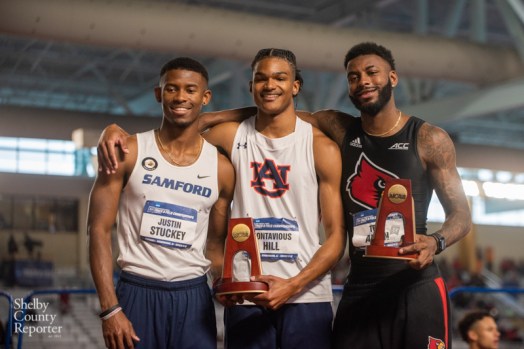 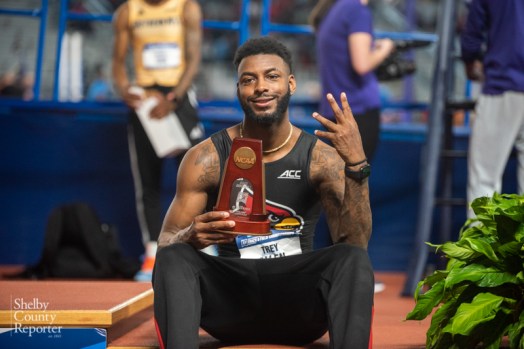 BIRMINGHAM – Growing up in the city of Helena together and friends since they were 2 years old, Samford’s Justin Stuckey and Louisville’s Trey Allen didn’t know one day they would share the podium together on a national stage.

That was the case on Saturday, March 12, when the two not only competed in the 2022 NCAA Indoor Track and Field Championships, but earned All-American honors in a return home.

“It was really cool,” Stuckey said. “I’ve known Trey since I was like 2 years old. We went to preschool together. He lived in my neighborhood in Helena when we were younger. It’s really cool to see us succeed like this at different universities.”

Throughout the season, both athletes made it a goal to compete for a national championship as two of the top high-jump athletes in the country, not only to win a title, but because they wanted to represent their hometown.

“We communicated with each other the whole year,” Allen said. “We kept saying ‘Homecoming. We have to make it because it’s a homecoming.’”

And they continued to use their friendly rivalry, as well as overcoming obstacles to push each other and defy the odds.

“Justin is like my brother man. I’ve known him since I was a little kid,” Allen said. “Since high school, we’ve been pushing each other. It’s great to have a rivalry like that. It makes you want to work even harder, because you know he is out there working. You want to match that work ethic. Now, we’ve gone from top in the state to top in the nation.”

Both fought through injuries throughout the year, making the path a long and difficult one, but one they were determined to accomplish.

“I’ve been going through so much of this season injury wise,” Allen said. “I missed 4-5 weeks. I had a stress fracture. My coach even thought about medically redshirting me this year, but I decided not to do that, and I’m glad I didn’t.”

Allen couldn’t practice much in the high jump because it was aggravating his leg, so he was constantly in the training room trying to get healthy and do what he could.

Stuckey, who has battled injuries off and on the last two years, faced some of the same adversity, but he remained determined as well.

“Having been to the championship before, I knew the work it took to get there, but I knew it was more work to put together a better result,” Stuckey said. “I was dealing with injuries a lot throughout the season, so I just had to trust the process. There were times doubt creeped in, but you had to keep your faith really.”

Both eventually fought through the adversity to earn a trip to the NCAA Championship, making them two of the top 16 collegiate high jumpers in the country.

“There is nothing like home,” Stuckey said. “I was blessed with the opportunity to compete. We get to compete in the Crossplex a lot at Samford, but it’s a different stage for a championship.”

Stuckey not only got to compete in front of family and friends, but had support from the school’s president, his old high school coach and many others who helped him stay the course over the years.

For Allen, however, it was a true homecoming due to attending school several hours in Louisville. Not only was he comfortable in the venue after competing there so much in high school, but his family got to see him compete in the venue again, which is rarer now that he is competing further away.

“It felt surreal. It was a dream,” Allen said. “I saw nationals were going to be in Birmingham. It felt like I had to be there, I was supposed to be there. My family was able to come, and that support meant a lot.”

Stuckey went on to finish in a tie for third in the event with another Alabama native—Auburn’s Dontavious Hill.

Allen was just behind in eighth after also clearing 2.20 meters, just in more attempts.

It matched the indoor personal record for both to cement the two as All-Americans and two of the top eight high-jump athletes in the country.

It has been a strong climb to the top of the sport for the junior at Samford, who was ranked 154th in the country a few years ago.

“Freshman year, nationals were in Birmingham and I had to watch,” Stuckey said. “I promised myself next time it’s in Birmingham, I won’t be watching. To go from 154th to third in the country is pretty ridiculous. My goal was to win, I didn’t come up with that, so I was disappointed, but looking back, I am proud of what I accomplished.”

His accomplishment at the event made him the highest finisher in the high jump in Samford school history.

“Coming off of the trials last year, I didn’t have a good performance at all,” Stuckey said. “I was really motivated to get back in gear and compete for nationals. Trials aren’t for another two years, but I could control what happens this year. I honestly don’t think it’s hit me yet. Right now, I’m number three in the country. That’s a big deal. I’m the best ever to do what I do here at Samford, so that is definitely a really cool thing. Just looking back on how far I have come, failures make successes.”

Allen was also in awe of what he accomplished, especially after the injuries he faced throughout the season.

“I went in there with a big chip on my shoulder,” he said. “I had so much to prove not just to myself, but to everyone around me. I wasn’t able to do a lot of jumping for a while because of the injury, but my work ethic was to get just 1-percent better every day. If I do that, I’ll be good. My goal is to just be the best version of myself at the end of the day.”

Both athletes said the end to the indoor season was eye opening, but they also both still have hopes of surpassing the athletes who are still in front of them as they continue to chase down dreams.