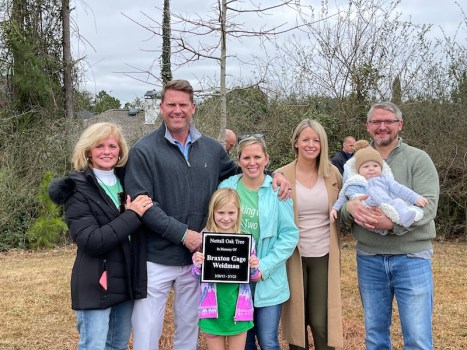 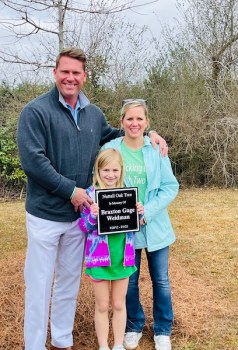 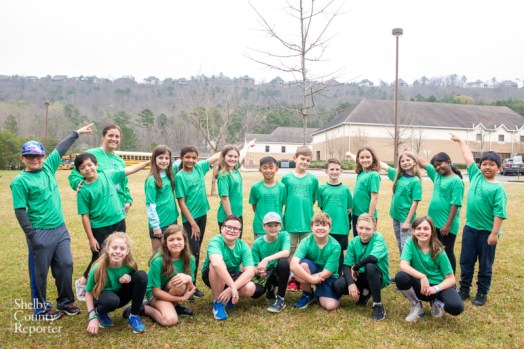 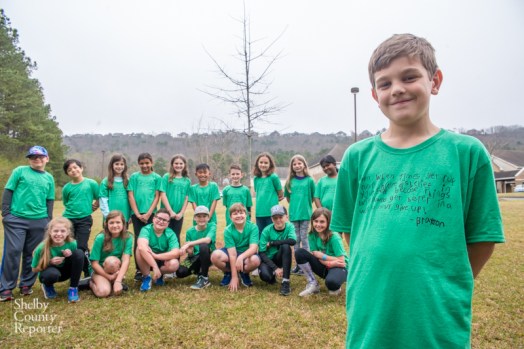 Students at Greystone Elementary School, where Braxton Weidman was in the fourth grade, wear green T-shirts bearing inspirational words he wrote not long before he died following a 17-month battle with brain cancer. (Reporter Photo/Keith McCoy) 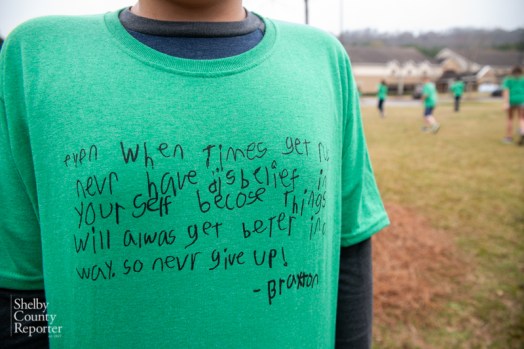 HOOVER – A young oak tree planted recently on the Greystone Elementary School campus serves as a lasting tribute to a beloved former student.

The Hoover Beautification Board held its Arbor Day tree planting ceremony on Friday, Feb. 25 in memory of Braxton Weidman, a fourth grader at GES before he passed away from brain cancer in early February.

Braxton’s parents, Chris and Brandie Weidman, attended the ceremony and said they were flattered the board wanted to commemorate Braxton’s life.

“Braxton always said his favorite color was green because it is the color of nature,” Brandie wrote in a post in the BRAX HQ Facebook group, where the family shared updates throughout Braxton’s treatment. “It was perfectly fitting that the school wore green today and the 4th grade honored his love for nature by planting a tree that will continue to grow along with his inspiration for life that has touched so many.”

Braxton’s classmates attended the ceremony, and many wore green T-shirts bearing inspirational words he wrote not long before he died: “Even when times get ruf nevr have disbelief in yourself becose things will alwas get beter in a way, so nevr give up!”

The misspellings are a reflection of the toll cancer was taking on 9-year-old Braxton, who Chris described as a “very smart kid and bright student” prior to his 17-month battle with a brain tumor.

“Toward the end of his life, his dexterity started to decrease,” Chris said. “It’s a beautiful saying from a mind that was going. It’s just a snapshot in a phase of his journey.”

A BRAX HQ follower designed the shirts, Chris said, and proceeds from the sales will go to pediatric brain cancer research.

“Anything we ever do with his memory, we will donate to that,” Chris added.

A plaque bearing Braxton’s name was placed near the tree.

“The fact this tree was planted is perfect because he loved nature and he would have been honored it was planted in his memory,” Brandie said.