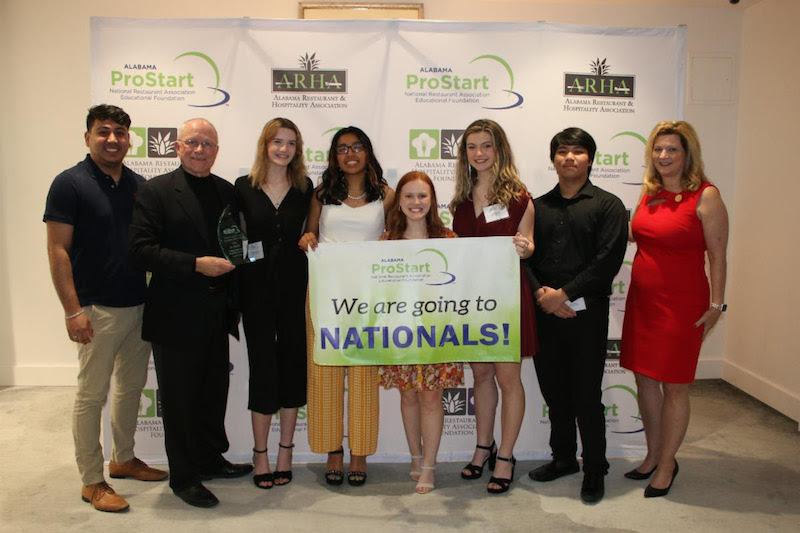 Students from Pelham High School’s Culinary Teams brought home big wins from the Alabama ProStart Student Invitational this on Monday, March 7. Both teams of Pelham students won first place in the culinary arts and management challenges of the competition. (Contributed)

The competition is designed to provide students interested in food service careers an opportunity to present their culinary techniques and management skills in a fun competitive atmosphere. Nineteen schools participated in the culinary competition and nine schools competed in the management side. Pelham High School had two different teams of five students per team and each team brought home a first place prize in culinary arts and management.

Culinary had to develop a three-course meal and cook it in a one hour time limit preparing two plates of each course for judging and display. The students are also observed and judged on organization, sanitation and professionalism during the cooking phase.

Management had to develop a food service concept from physical layout, color scheme, menu and marketing strategies, then present the idea to judges as a potential pitch to investors. They were then put through a question and answer portion. The judging criteria covered presentation, the response to judges questions and concept feasibility.

Pelham High School won first place in the culinary competition last year as well, but this is the first time they participated in the management category, and Alex Arceo, the other culinary arts teacher from PHS, was the lead on this effort.