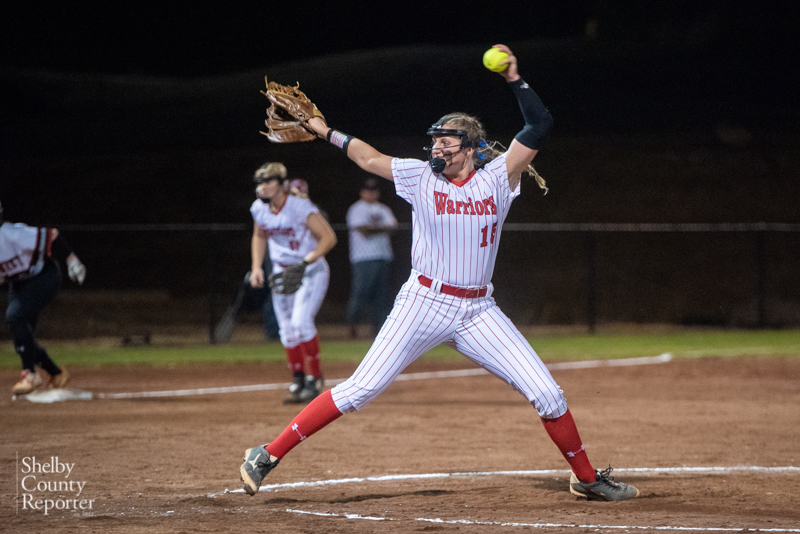 The Thompson Warriors tied with Helena for the highest-ranked team from the county in the state's first softball rankings of the 2022 season. (Reporter photo/Keith McCoy)

The first softball rankings of the 2022 season were released on Thursday morning, March 17, picking up right where they left off at the end of last year.

Following a historic 2021 season, the new season has proved to be just as promising through the first few weeks with six local teams doing enough to either earn a ranking in their respective top 10 or a nomination for a spot inside the top 10.

Of the six, three of them were ranked, including two inside the top five.

Those two included the two teams that made the deepest runs last year—the Thompson Warriors and Helena Huskies.

In Class 7A, the Warriors made a run to the state tournament last year, and they’ve started the new season just as hot, winning 14 of their first 16 games for a 14-2 record and the No. 3 ranking in the classification.

So far, Thompson’s only two losses have come in a tight 2-1 battle against Gardendale and a 5-1 loss to No. 1 Hewitt-Trussville.

Helena ultimately became one of the final four teams in the 6A state tournament last year before falling, and their inside that mark to start the season as well.

Behind a 12-3-3 start to the season, the Huskies came in at No. 3 in the 6A classification, battling through a difficult schedule.

Both Helena and Thompson returned the majority of their rosters this year from last season’s state tournament teams.

Also a staple in the top 10 of Class 7A every year are the Spain Park Jaguars, and they’re back at it this season with another dominant start.

The Jaguars came in at No. 7 in the first rankings of the season thanks to a 15-2-1 start to the season.

Like the other two ranked teams, the Jags have challenged themselves with a difficult schedule, while their lone losses are to Thompson 3-0 and No. 6 Bob Jones 6-3. The one tie came in a 1-1 battle with Helena.

Beyond those three teams, Oak Mountain, Chelsea and Vincent all earned nominations for spots inside the top 10 as well.