Shelby County No. 1, five others ranked in first baseball rankings 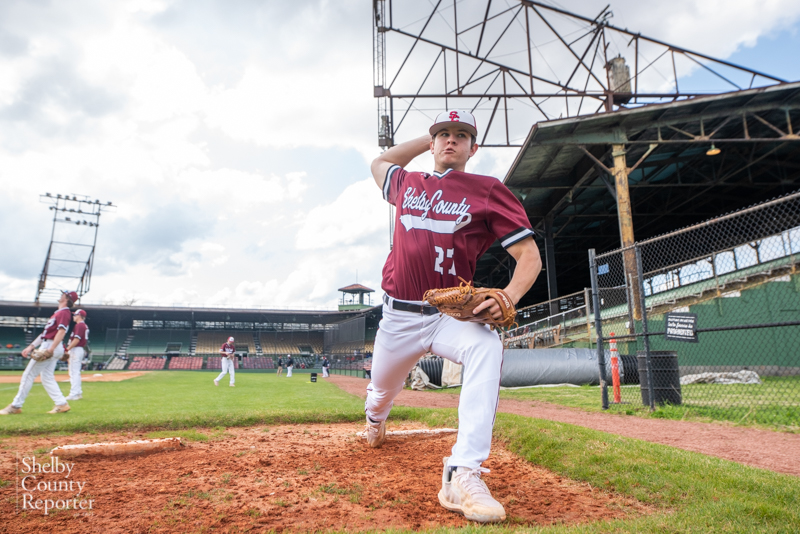 The Shelby County Wildcats were ranked No. 1 in the first ASWA baseball rankings of the 2022 season. (Reporter photo/Keith McCoy)

A strong start to the 2022 baseball season for local high school baseball teams was validated on Thursday morning, March 17, when six local teams were ranked inside their respective classification’s top 10.

In addition to those six teams inside the top 10, there were two others nominated for a spot in the Class 6A top, bringing the total number of teams recognized in the inaugural poll of the season to eight.

None, however, were ranked as high as the streaking Shelby County Wildcats.

Shelby County has jumped out to a dominant 12-1 start to the season fresh off an appearance in the quarterfinals last year.

That impressive start was more than enough to give the Wildcats the No. 1 spot in Class 5A just ahead of Holtville.

The Wildcats have been the hottest team in the county to start the season, scoring eight or more runs in all 12 wins so far.

Other teams inside the top five of their respective classification included Spain Park in Class 7A and Vincent in Class 2A.

The Jaguars have also been on a role to start the season, now at 13-3 after beating rival and No. 3 Hoover as well as Gardendale the night before the rankings were released.

The Jags came in at No. 5 in the first standings thanks to an impressive stretch of offensive play that has seen them win seven of their 13 games by scoring in double figures.

In the 2A classification, the Vincent Yellow Jackets have been as hot as the previous two teams to start the season.

As a matter of fact, the only two losses for the Jackets came to 5A No. 1 Shelby County on opening day in a doubleheader. Since, Vincent has won 10 consecutive games to cement itself as the No. 4 team in Class 2A behind Mars Hill, Decatur Heritage and G.W. Long.

Beyond those three, however, were three other local teams in the top 10.

In Class 7A, the Oak Mountain Eagles have also hit a hot stretch of play to improve to 10-5 on the season.

In the 6A classification, two others found a spot inside the top 10, while two were nominated for a spot.

The Helena Huskies came in at No. 6 in the standings. Sitting at 6-6, they’re .500 on the season, but the Huskies have played arguably the state’s most difficult schedule so far.

Five of Helena’s six losses have come in games against 7A No. 1 Auburn, No. 2 Hewitt-Trussville and No. 3 Hoover, losing all five games by four runs or less. The Huskies have also yet to lose a game by more than four runs.

One spot behind Helena are the Briarwood Lions, who have jumped out to a 6-3 start to the season.

The Lions started the season 6-1 with the lone loss a 5-4 game against Leeds, while they also have losses to Pelham, who they also beat, and Oak Mountain.

Chelsea and Pelham have also faced difficult schedules early in the season, but each has shown promising signs at times as well, earning them nominations for spots inside the top 10.