Cahaba River bridge in Helena officially opens for use 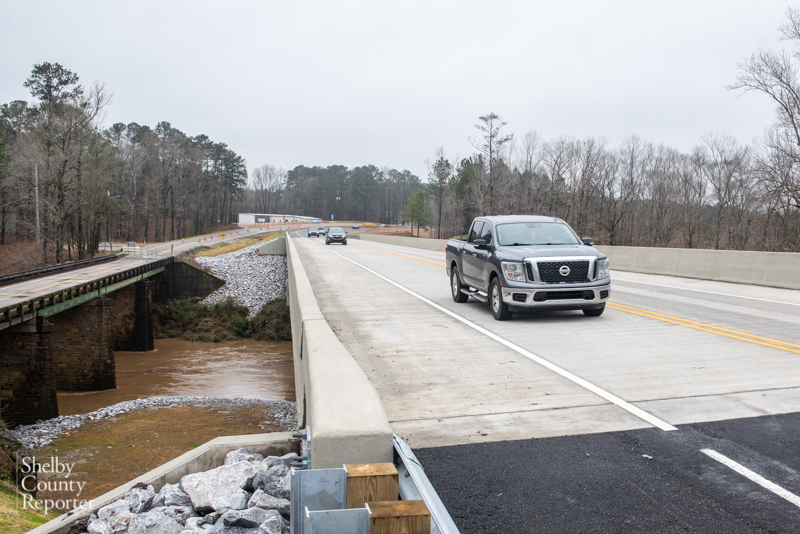 HELENA – The county road 52 bridge over the Cahaba River is officially open for use.

Mayor Brian Puckett originally announced at the City Council meeting on Monday, March 14 that the bridge would be open for use on Wednesday, March 16 but due to the severe weather that occurred on Wednesday, it officially opened on Thursday, March 17.

The bridge has undergone several layers of construction over recent months to update the overall structure, making it safer and more efficient for travel. The new bridge is set to have wider lanes to make traffic flow more smoothly and to ease some of the congested traffic issues previously experienced by residents.