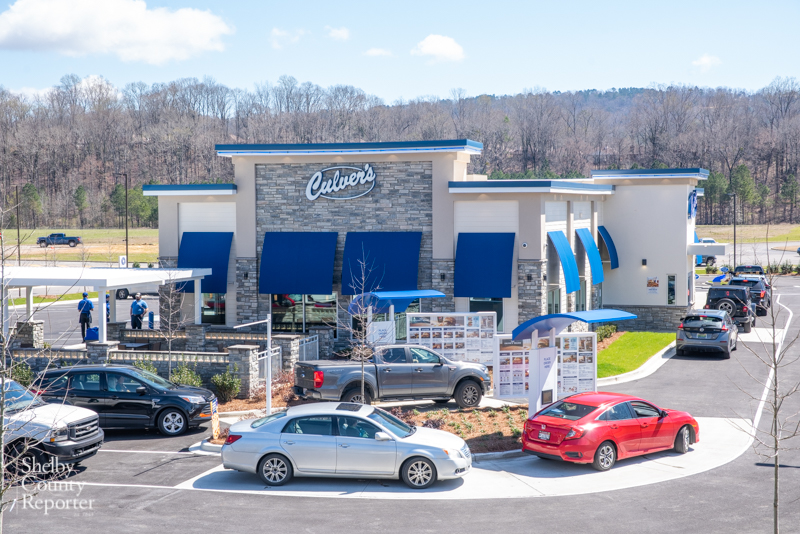 HOOVER – The first Culver’s location in Shelby County is now officially open for business as of Wednesday, March 16.

It was announced in early 2021 that a new location of the famous fast food restaurant Culver’s was coming to Tattersall Park in Hoover.

Located off Alabama 119 and U.S. 280, one of the busiest intersections in the Birmingham-metro area, a sign sat in the parking lot for months announcing that a Culver’s was coming before construction began.

Now, the location has officially opened seven days a week. Currently, it is drive-thru only due to still trying to hire employees and get a full staff.

It marks the second location in the city of Hoover, with the other one located near the intersection of Stadium Trace Parkway and John Hawkins Parkway.

That location opened in 2019 and received enough positive feedback for a second location to open in Tattersall.

The new location will be the second in the Birmingham-metro area as well, with the Hoover location currently one of six in the state.

The other five locations are in Central-Phenix City, Foley, Madison, Auburn and Florence, while new locations in addition to the one coming to Tattersall are expected for Mobile and Decatur.

The fast-food chain, which started in Wisconsin, is known for its Butterburgers, fried cheese curds and frozen custard.

Visit Culvers.com for more information about the new location.