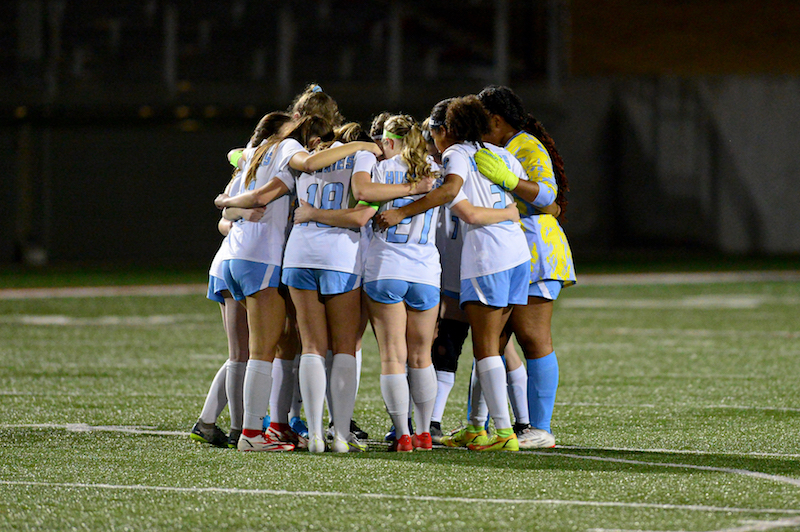 Helena’s boys and girls soccer teams added big area wins against Chilton County by a combined score of 19-1. (For the Reporter/Jeremy Raines)

With the girls fresh off a 5-1 area victory against Calera, they were looking to keep the momentum going early in area play, while the boys were looking to bounce back from a heartbreaking 1-0 loss to Calera.

Neither team left any doubt in their wins, with the girls picking up a 10-0 mercy-rule victory and the boys just missing out on a 10-goal win, taking down the Tigers 9-1.

Both wins were big in their own right.

For the girls, it allowed the Huskies to remain unbeaten in area play with wins of 5-1 and 10-0 against Calera and Chilton County, respectively.

With that, the Eagles have set themselves up for a good shot at battling Pelham to claim this year’s area championship and earn another spot in the playoffs.

For the boys, it was an important game to get back on track to avoid falling further behind Pelham and Calera, who played on the same night for the solo spot atop the standings.

The Huskies looked like a team motivated to keep pace, which led to two players picking up hat tricks in the win.

Cade Shannon and James Solorio, two of the team’s captains, were the ones to come up with the hat tricks thanks to three goals each, while Luis Robles finished just behind with two goals and Cesar Gonzalez added one.