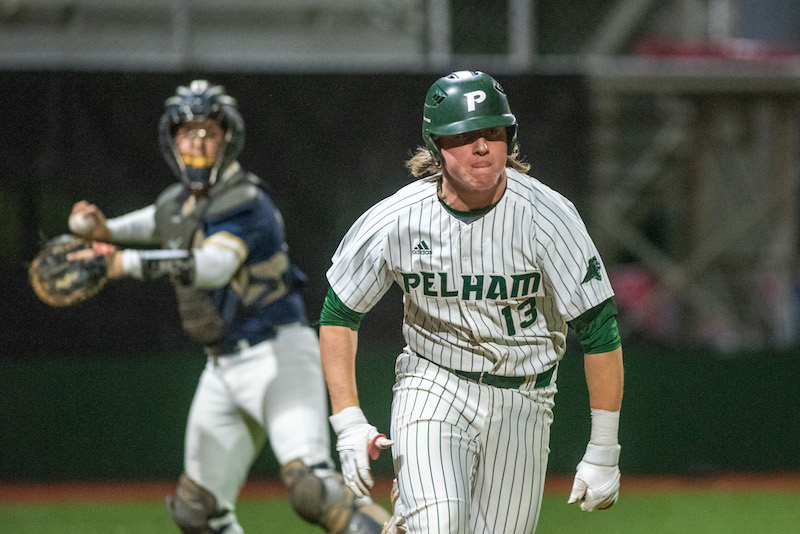 In a series that was delayed a day due to weather, the Pelham Panthers were able to split with the Chilton County Tigers March 16-17 to open area play.

The Panthers opened the series on Wednesday with a 5-1 victory thanks to an impressive showing on the mound and a steady effort offensively.

Chilton County, however, came back a night later and won a thrilling 8-7 battle with a walk-off in the bottom of the seventh to even both teams’ area records at 1-1.

In the opening game, Chilton County struck first in the top of the first with a run, but Pelham quickly responded with two runs in the home half, and the Panthers never trailed again.

A big reason for that was the effort of Christian Pritchett, who picked up an impressive complete-game win. After giving up the one unearned run in the opening inning, he didn’t allow another run the rest of the way, striking out five and allowing just four hits and three walks in the winning effort.

JD Wilkins finished the game 1-for-2 with three RBIs, including a two-run home run, while Pritchett and Cody Bethers each finished 2-for-3. Logan Green, Zach Egan and Jake Fox also had hits in the win.

Game two a day later, however, was a more back-and-forth battle that went down to the wire.

The Tigers again struck first in the bottom of the first with an RBI single.

That lead held through the first three innings until Pelham scored on a wild pitch in the fourth inning to even the score.

The real action, however, didn’t start until the top of the sixth.

Pelham was able to bring home three runs to quickly break the tie and take a 4-1 lead into the bottom half of the inning.

Chilton County came right back with a four-run inning to snatch the lead away going to the final inning.

That lead was also short lived though, as Pelham again came back with a three-run top of the seventh to regain a 7-5 lead.

Three outs away from the win, Pelham got the first two outs of the inning quickly with back-to-back fly outs.

That put Chilton County down to its last out with no one on base.

The Tigers, however, put the next two on base due to errors, then, Billy Fulmer stepped to the plate. The junior whipped away the deficit with one swing of the bat, blasting a walk-off home run to center field for an 8-7 win.

Pelham was led by Chase Saul, who went 1-for-4 with three RBIs, including a triple, while Bethers went 3-for-4 with one RBI and two runs scored.