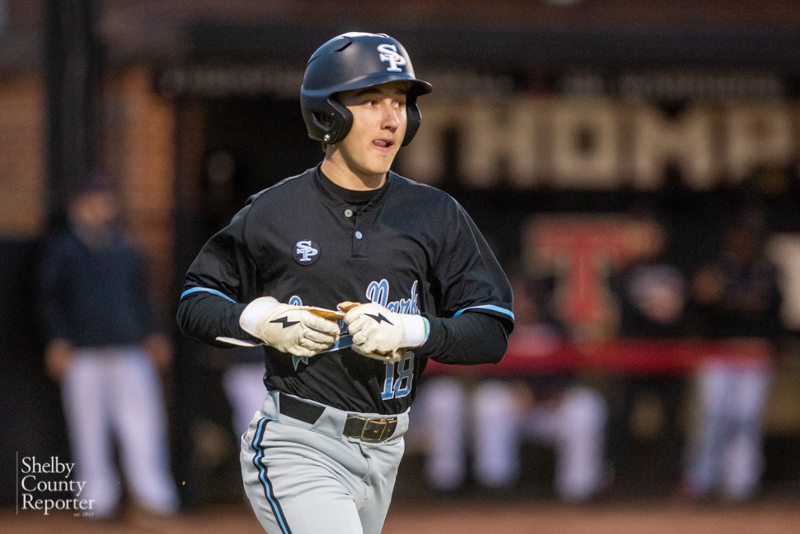 Spain Park took down rival Hoover as well as Gardendale on Wednesday, March 16, to reach 13 wins in the team’s first 17 games of the season. (File)

HOOVER – The Spain Park Jaguars remained one of the hottest teams in the state on Wednesday, March 16, picking up two more wins against talented opponents.

The Jags not only opened a busy night of two games with a win, but they did so against crosstown rival and No. 3 Hoover by a final score of 10-4. They then followed that up with another impressive showing against Gardendale with a 5-1 victory for their 13th win of the season.

In the rivalry battle with Hoover, the two teams came out of the gates firing on all cylinders offensively, which led to a back-and-forth affair early.

Hoover struck first in the top of the first with a run, but Spain Park responded with three in the bottom half to quickly storm in front.

The lead, however, didn’t last long. The Bucs came right back with two in the top of the second to immediately tie the game, but Spain Park answered that in the home half with two as well.

In the third inning, Hoover looked ready for another answer, but the Bucs could only bring home one run to get within a run of Spain Park’s lead.

The Jags then added their third consecutive multi-run inning to start the game with three more in the bottom of the third to for an 8-4 advantage.

Hoover never had an answer for that the rest of the way, while Spain Park added two more in the fifth for the six-run victory.

Cole Edwards was big with a two-run home run for Spain Park to finish 1-for-3 with two RBIs, while Michael Glick finished 3-for-4 with an RBI. Evan Smallwood added multiple hits as well, going 2-for-2 with an RBI, while Clay Spencer finished 1-for-3 with three RBIs.

Spain Park also got one hit and one RBI each from Josh Harrington and James Battersby.

Thornnton got the win on the mound after pitching the first four innings and allowing four runs on five hits with three strikeouts. Battersby finished off the final three innings, striking out four and giving up just one walk and three hits.

In the next game against Gardendale, it was much of the same at the plate for the Jaguars, as they kept up their consistent approach.

They scored one each in the second, third and fourth innings, while they added two in the bottom of the fifth.

That became enough in a shortened 5-1 victory in five innings for the Jags.

Jacob Tobias led the Jags at the plate this time around with a 2-for-3 performance featuring two RBIs, while Glick and Edwards each added two hits. Glick added one RBI as well, while Ryan Cole blasted a solo home run for Spain Park as well.

Jake Majors got the win on the mound, striking out two and giving up five hits and one unearned run.

Spain Park went on to lose to Thompson 3-1 a night later, bringing the Jags’ record to 13-4 through the first 17 games.