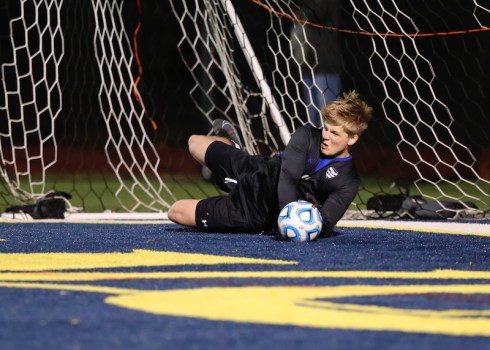 Chelsea beat rival Briarwood in an instant classic on Friday, March 19, winning on the seventh penalty kick to beat the Lions for the first time in 26 years. (For the Reporter/Cari Dean) 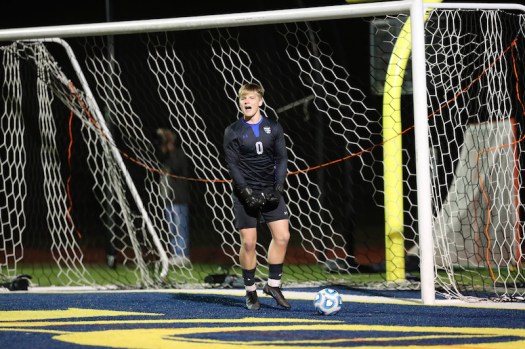 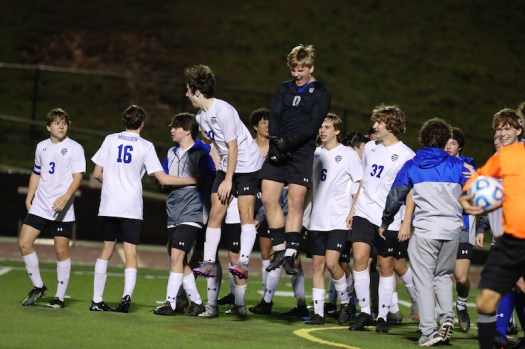 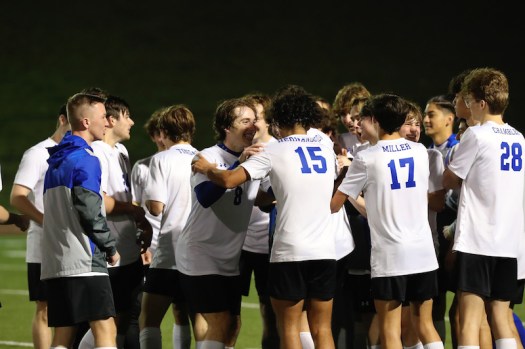 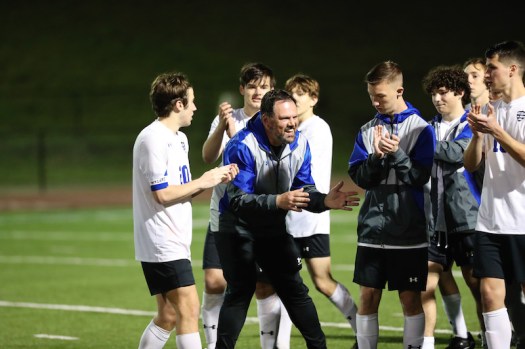 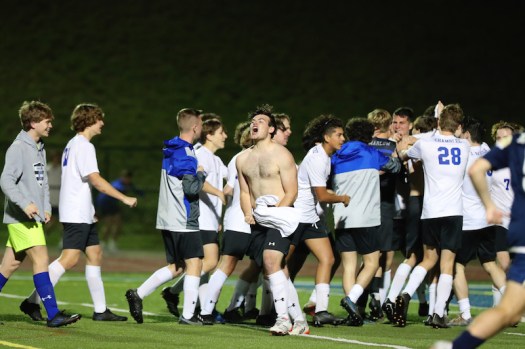 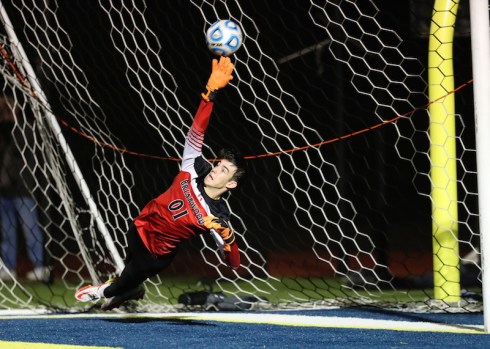 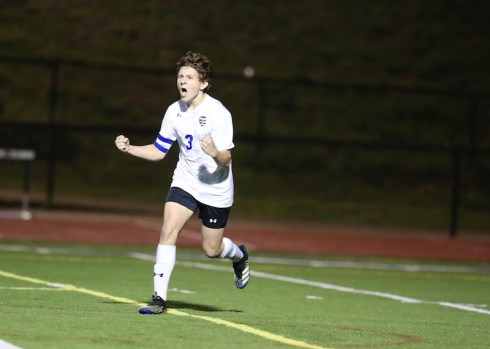 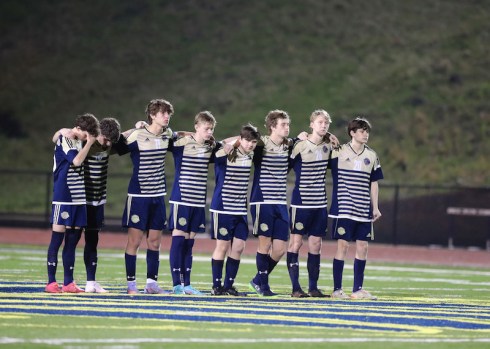 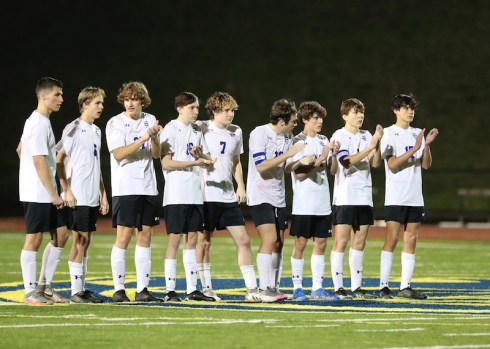 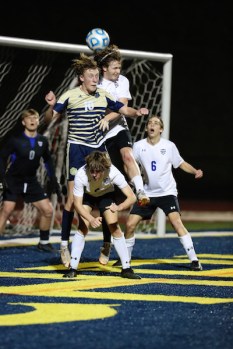 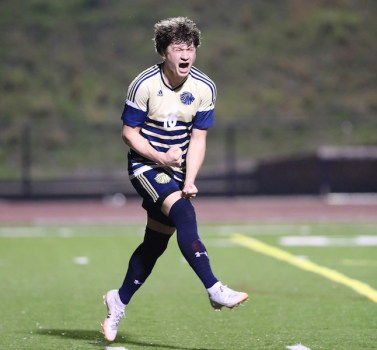 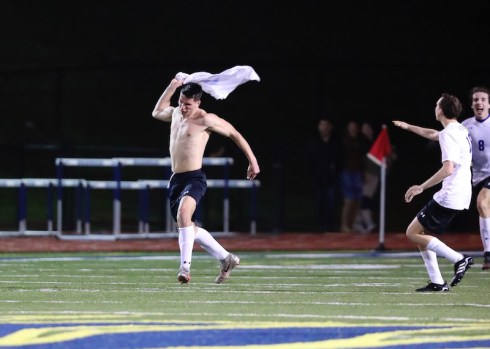 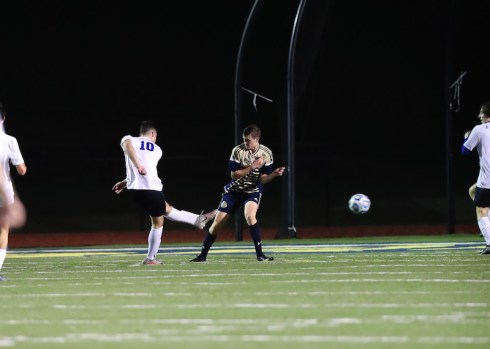 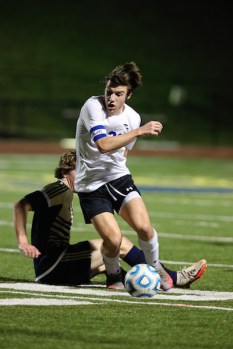 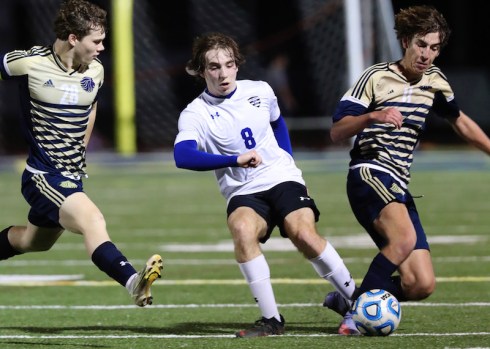 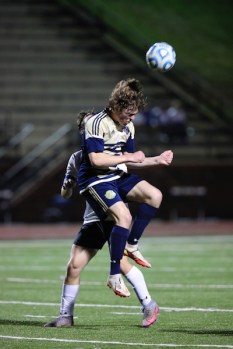 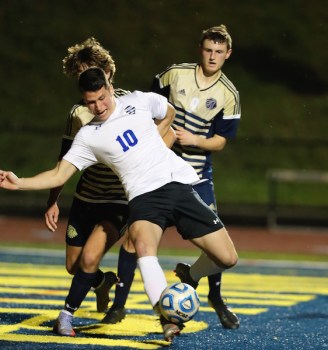 NORTH SHELBY – Just after a save from goalie Brock Marlow, Chelsea’s Charlie Messier trotted on the field to line up a penalty kick that could give the Hornets a historic win.

Taking on rival Briarwood on Friday, March 18 in an area battle, Messier had the pressure of not only giving his team an area victory against their rival, but doing so for the first time in 26 years.

In the seventh kick of PKs, Messier strutted toward the ball and booted a shot toward the right post that was just out of reach for the outstretched Briarwood keeper, leading to the game-winning goal.

As soon as the ball hit the back of the net, Messier was greeted by a swarm of Hornet teammates on the field all jumping around in celebration at the historic moment.

With the first win against Briarwood in 26 years, Chelsea improved to 1-1 in area play, bouncing back from a 4-1 loss to area foe Homewood eight days earlier.

Almost as special as the goal was the save from Marlow in round seven of PK.

After the two teams had matched each other through the first six rounds, he guessed right on Briarwood’s seventh attempt, solidly blocking a shot to his left, similar to the one Messier kicked to win it for the Hornets.

That set the stage for Messier to win the game with his kick, rather than putting the pressure on him to keep the game going.

It capped off a thrilling battle and furious finish from the two teams, who were both battling to gain confidence in the area.

With just more than 10 minutes left in the second half, Chelsea finally cracked into the scoring column on a strong shot near the top of the box from Kristijan Kapisoda.

Briarwood, however, responded two minutes later with the equalizer to eventually force overtime.

Both the first and second overtime periods came and went with little action, as the two teams tried to avoid any detrimental mistakes, leading to penalty kicks.

The two teams then continued to match each other with clutch kick after clutch kick.

Briarwood got the first kick each round and made each of their first six shots, forcing the Hornets to make theirs, which they did.

After matching each other through the first six shots with remarkable play from several different players, it was the seventh shot that made the difference with Marlow’s save and Messier’s clutch game-winner.

Briarwood fell to 0-3 in area play with 2-1 losses to both Homewood and Chelsea and a 3-1 loss to Mountain Brook. The Lions will now likely need wins against all three the rest of the way to have a shot at making the postseason.