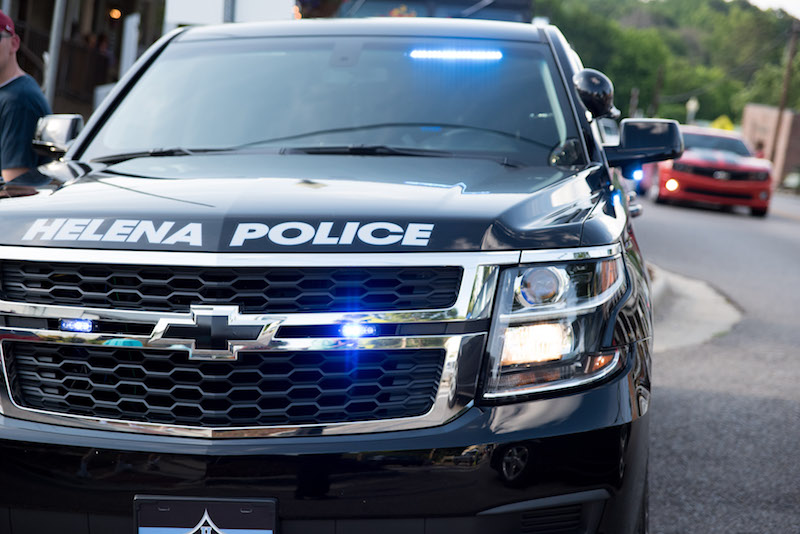 Helena Police Department received calls on Sunday afternoon, March 20 regarding teenagers shooting airsoft guns out of a moving vehicle at children playing in the Appleford subdivision of Helena. The investigation is ongoing. (File)

“HPD responded today to two calls of children who were shot with an air rifle fired projectile by occupants of a vehicle,” the Helena Police Department posted on its Facebook page on Sunday. “This was a copycat attempt at a popular TikTok challenge and all suspects are being charged criminally. Be smart. Don’t do these challenges. It’s not worth it.”

Police Chief Brad Flynn said on Sunday afternoon, March 20 around 4 p.m. HPD received some calls from the Appleford subdivision that a vehicle with teenage boys inside had been driving through the neighborhood and had been firing at kids with what appeared to be an airsoft type rifle. The two girls targeted were ages 12 and nine; one girl was hit twice in the chest with it and the other was hit in the face.

This case is in pattern with a certain TikTok challenge that encourages people to shoot at pedestrians using airsoft-type guns that shoot gel or water BB’s. The challenge has resulted in several people being injured, arrested across the country.

The HPD detectives are speaking with all parties involved to sort out all details. They’ve already spoken with Shelby County Juvenile Court Services which will decide how the parties involved will be judged.

“These kids can go out and shoot at each other with these things as long as both sides are consenting,” Flynn said. “But when you drive through a neighborhood targeting innocent children to shoot at and then drive off at full speed laughing, then you’ve crossed the line.”

Flynn said these types of acts will not be tolerated in the city of Helena.

“These social media challenges, they rarely turn out in a positive way,” he said. “It is not worth the extra clicks on your account to do these things.”