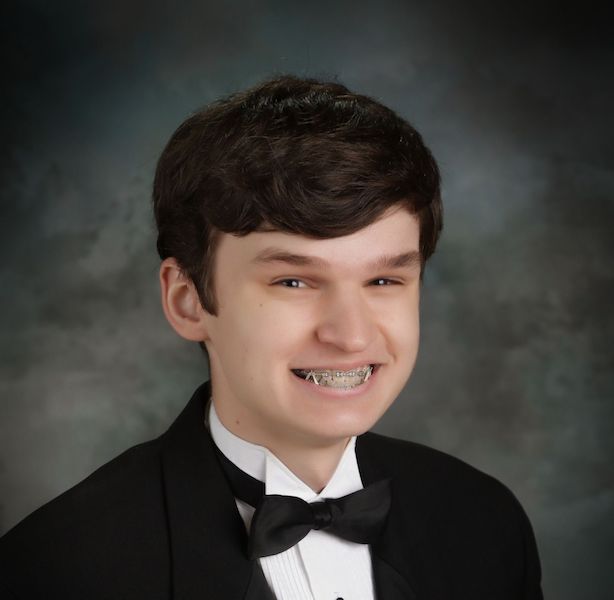 Helena High School senior Jacob Ritondo has officially achieved valedictorian status at the high school. Ritondo said he has worked toward this goal since he was in middle school and is very excited to make it official. (Contributed)

HELENA – Helena High School senior Jacob Ritondo has earned a number of merits in his time at the school, and now he can add the ultimate merit of valedictorian to the list. The title is well deserved as Jacob said he’s been working toward this achievement for a very long time.

“I’m very happy because I’ve been trying to get it since middle school,” he said.

His parents are John and Cecilia Ritondo, and Cecilia said they’re absolutely thrilled that Jacob has earned this achievement.

“He worked really hard and this has been a goal of his for a long time,” she said. “He hasn’t let anything stop him, and he keeps pushing forward. He knew this was what he wanted and I’m glad to see him achieve that.”

“He’s incredibly smart but it’s not just that,” his father said. “It’s he has so much drive and determination to get things done. His college applications, for example, he told us where he was applying and he just went and did it with very little help from us. We’re glad to help but he did it all by himself with just a few pointers from us from time to time.”

In his years at HHS, Jacob has kept himself busy. He used to do cross country and track until he suffered a leg injury that required physical therapy. He also tackled math team, scholars bowl and debate, something he said he thoroughly enjoys. In addition to his intelligence, Jacob has also excelled towards making social changes in the school. He helped start a club that aims to be a safe space for students who feel isolated or alienated.

“I saw a lot of kids were being alienated at school and I wanted to help them,” he said. “I spoke with my counselor and she thought it was a great idea. We’re working on trying to fundraise to help with the school and maybe help some local nonprofits.”

Jacob  doesn’t know where he’s going to attend college yet, but said he applied to Princeton, the University of Pennsylvania, Duke and North Western, and he was accepted to the University of Alabama early in the school year. He said he wants to major in political science, possibly going into a lobbyist or campaign advisor position as a career, but he’s waiting to figure out for sure once he goes to college.

Jacob said his drive to become valedictorian at such a young age came from a combination of his perfectionist nature and an internal desire to prove his worth.

“I had an issue in middle school where I thought if I wasn’t the best then I wasn’t worth anything,” he explained. “My goal was to become valedictorian so I could prove to myself I was worth something.”

“He is a perfectionist by nature,” Cecilia said. “We don’t put a huge amount of pressure on him to succeed, we just want him to be happy. He just has these goals he sets for himself and he will do anything within his power to reach those goals. He won’t let anything stop him. I’m proud of him because not a lot of kids his age can do that sort of thing.”

In ninth grade he went to the Alabama School of Fine Arts for math and science. He said attending there helped him get far ahead in the subjects which enabled him to take AP subjects at Helena High School, which he said he feels have prepared him for college. He said the clubs have also helped prepare him for college. Debate in particular has helped teach him to think outside the box and to think quickly in conversation.

“He is so smart and so in command of facts,” John said. “If he disagrees with you on something he won’t back down. He just has an amazing talent and an amazing intellect.”

His mother placed emphasis on his ability to be empathetic and compassionate to other people.

Jacob said he is very grateful for the support his parents have given him.

“Not everybody gets such supportive parents,” he said. “It’s very nice when you’re a teenager and you feel like life is hard and you’re trying to figure out who you are to have people uplift you, it really means a lot.”

Looking to the future, Jacob’s top school choice is Princeton, which he’s excited to experience their academics-driven programs. He’s also excited to potentially live up north and see the differences between a northern environment and a southern environment.

“Also, it’s more diverse, so I’m really excited to experience that,” he said. “If I don’t get into the four schools I applied to up north and end up going to UA, I’m excited to see what I can make out of that experience. I also want to see how my friends end up and how they grow.”

Jacob said he’s aware college will be completely different from his high school experience and he’s looking forward to seeing how he will grow as a person.

“I think over the past few years, I think the biggest struggle I’ve had is personal struggles with social anxiety,” he said. “It used to be really bad…and there were a lot of trials and tribulations since middle school and a lot of ups and downs, but I’ve been just throwing myself at situations that make me nervous, and that’s helped me grow almost out of it. I’ve learned how to ignore it. It really just distracts you from getting closer to people, and I think as I grow I’ll be able to get closer to more people.”