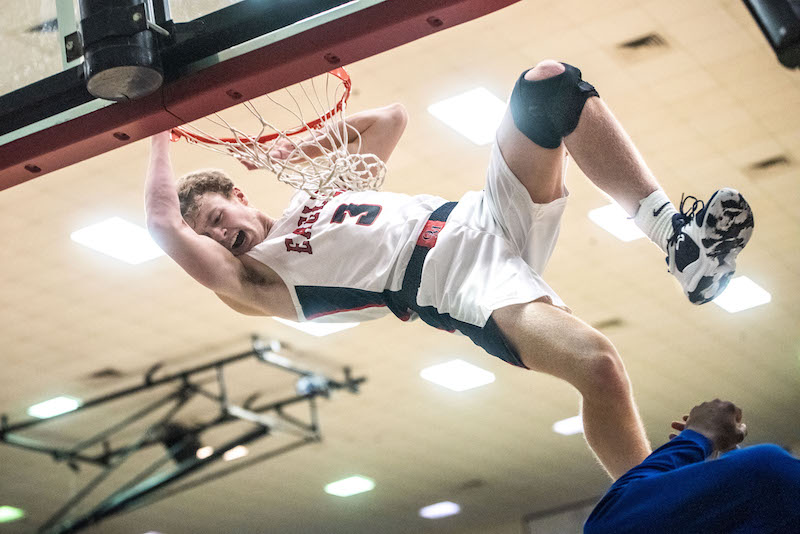 A season that saw three area champions, four in the Sweet 16, two in the Elite Eight and one in the Final Four, the 2021-2022 basketball season was one to remember in Shelby County.

The Spain Park Jaguars, Oak Mountain Eagles and Pelham Panthers all won area championships and advanced to at least the Sweet 16 this season, while the Thompson Warriors finished runner-up to Oak Mountain and also made a run to the Sweet 16.

The Jags and Eagles went on to make it to the Elite Eight again this year, while Spain Park made it back to the Final Four for the second year in a row.

Beyond those special runs, however, were some of the most talented athletes in the state, as six different players averaged at least 16 points per game this season, while an additional five averaged 14 or more per game.

That is one of the many highlights on this year’s All-County boys basketball team, but there were other stats that were just as impressive, in addition to leaders who made a difference each game. 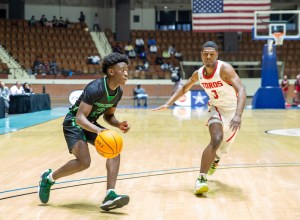 Guard: Michael Jones, senior, Pelham. This year’s Player of the Year, Jones finished off a remarkable four years as a starter by leading the county in scoring with 23.7 points per game. He also finished with an average of 3.9 rebounds and 3.8 assists per game. Jones finished as one of the top-two scorers each of the last three years, leading the county as a sophomore and senior and averaging 20 points per game or more each of the last two years. 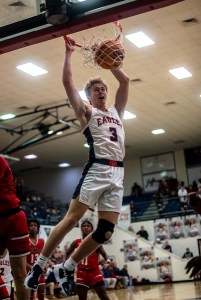 Guard: Brady Dunn, senior, Oak Mountain. Arguably the most lethal shooter from beyond the arc this season, Dunn finished with 14.2 points per game during his senior year. He also totaled 5.2 rebounds and two assists per game. He was also big defensively for the Eagles with 31 blocks this season. 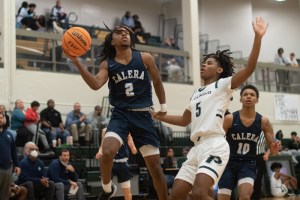 Guard: Xzayvion Childress, senior, Calera. Childress was one of several to average at least 17 points this season, hitting that number on the nose, while he also averaged four assists per game to finish second in the county in that category in addition to two rebounds per game. Defensively, Childress posted 44 steals. 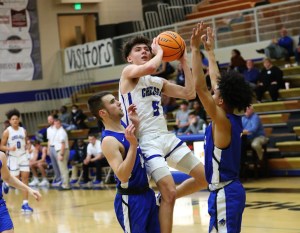 Forward: Paul Lanzi, junior, Chelsea. His 17.4 points per game were third in the county, while he averaged four rebounds per game and two assists. As a junior, he was the leader of a young team offensively and made 78 3-pointers. He now has 862 career points and totaled 50 steals on the defensive end of the floor. 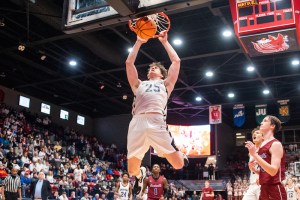 Center: Colin Turner, senior, Spain Park. Arguably the top center in the state, Turner finished sixth in the county in scoring with 16.6 points per game, while he led the county in rebounds with 8.7 per game. He also finished with 26 blocks and 25 steals. 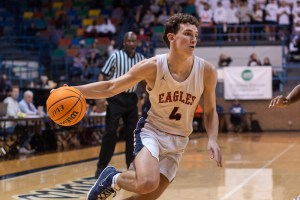 Guard: Wilder Evers, senior, Oak Mountain. Playing through injuries throughout the year, Evers was still the leader, and was the main ball handler a lot of the time for the Eagles. He finished the season averaging 11.8 points, 4.3 rebounds and three assists per game. 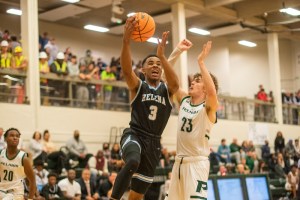 Guard: Josh Williams, sophomore, Helena. Just a sophomore, Williams finished second in the county in scoring with 18.9 points per game. As he gains more experience, other aspects will improve as well, setting the stage for a bright future. 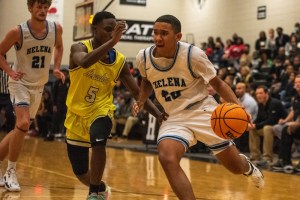 Guard: Ian Johnigan, sophomore, Helena. Another promising sophomore for the Huskies, Johnigan averaged 17 points, three rebounds and three assists per game this season.  He ended the season shooting 40 percent from beyond the arc and 88 percent from the free throw line. 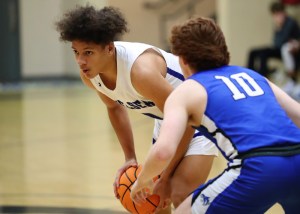 Forward: Avery Futch, sophomore, Chelsea. With 11.7 points per game, Futch’s scoring was big when it was on for the Hornets this season, but he also averaged 5.8 rebounds per game and showed positive signs for the future. He also finished with one assist per game and shot 49 percent from the field. 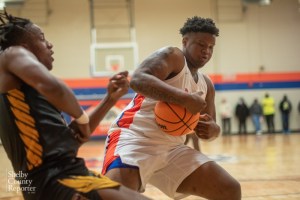 Center: Dylan Campbell, junior, Montevallo. In the post, Campbell was Montevallo’s leading scorer and rebounder this year with 15.3 points per game and 7.1 rebounds per game with another year left to make an impression. 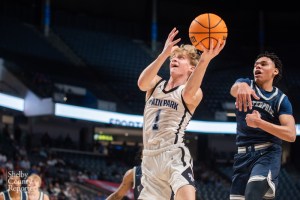 Guard: Josh Harrington, senior, Spain Park. Arguably the best leader of any team this season, Harrington was a huge factor in helping lead the Jaguars back to the Final Four for the second year in a row. He averaged 9.4 points, 4.1 assists and 3.8 rebounds per game. His 4.1 assists per game was the top mark in the county, while he also totaled 55 steals defensively. 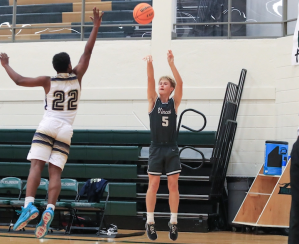 Guard: Blake Allums, junior, Vincent. Allums led Vincent in scoring with 14 points per game, knocking down 63 3-pointers. He also added 3.5 rebounds and 1.4 assists per game, which were key in helping the Yellow Jackets advance to sub-regionals for the 16th year in a row. 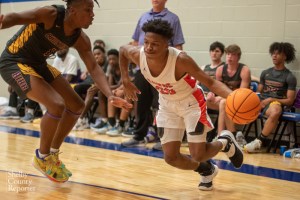 Guard: Kial Cottingham, senior, Montevallo. With a new coach, Cottingham was able to make adjustments and still perform at a high level as a senior. He averaged 14.8 points per game, and even at a size of 5-foot-10, was able to total 6.3 rebounds per game as one of the county’s top rebounders. He also added 2.4 assists per game and was one of the top defenders with 78 steals. 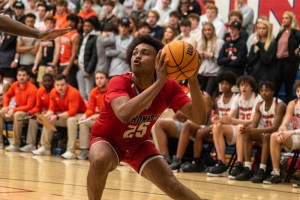 Forward: Carson Pringle, junior, Thompson. Pringle showed flashes of being one of the top players this season due to his ability to both shoot and get to the rim. He finished his junior season allowing 11 points and seven rebounds per game, helping the Warriors advance to the Sweet 16. 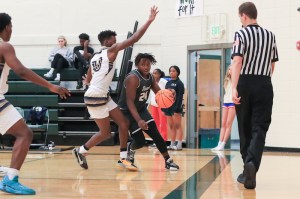 Center: Ty’Qun Goodman, junior, Vincent. Dominant in the paint, Goodman had the potential to get big inside points or a necessary rebound for the Jackets this season. He averaged 12.1 points per game to finish behind Allums, while he led the team and finished second in the county with 7.2 rebounds per game.