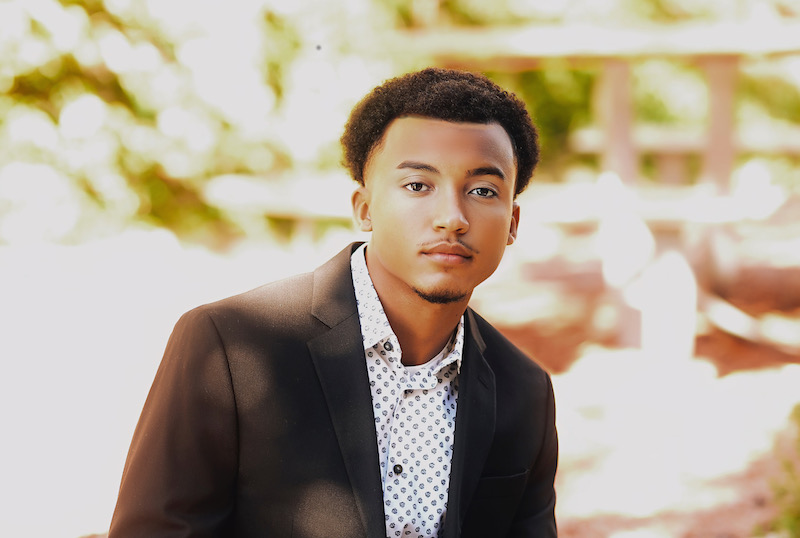 Kylen Thompson was the recent recipient of several scholarships before deciding to attend Columbia University in New York City. (Contributed)

ALABASTER – Thompson High School senior Kylen Thompson was the recent recipient of several scholarships, propelling him toward his goal of attending Columbia University in the fall.

“Columbia’s prestige as a university has always been attractive to me, but it wasn’t until I had a tour of the school that I truly knew it was where I wanted to spend my next four years,” Thompson said of the reason he chose to attend Columbia University in New York City. “I was greeted with the sight of many different diverse groups of students hanging out and having a good time. As they told me about the didactic core curriculum and the many opportunities they offer their students, I realized that Columbia was the choice that would ensure my success to the greatest degree.”

Thompson was a Questbridge Match Recipient, allowing him the ability to attend his college of choice.

Additionally, Thompson was a Gates Scholarship finalist, where 600 students are chosen from a list of 2,000 semifinalists, and a Ron Brown Scholar finalist where 55 students were chosen from around 3,000 applicants.

Thompson is the first student in Thompson High School history to be a Gates finalist and Ron Brown finalist.

“Though I knew that a majority of my education would be covered by QuestBridge, receiving the news that I had made it to the finalist stage of the Gates Scholarship program was no less exciting,” Thompson said. “Knowing that I am now a finalist lifted a huge load off my shoulders as to how I would pay for the remaining expenses. I look forward to potentially having the amazing people connected to the initiative to mentor me as I progress throughout the university, and later, life in general.”

Thompson said applying for the scholarships required multiple essays and writings, and an interview to be considered.

Part of his enjoyable time at Thompson has involved being a part of the track team.

“There is nothing like stepping onto the line at a meet and leaving every ounce of energy and effort on the track,” Thompson said. “I thank my coaches and teammates for all of their encouragement, and I will certainly miss them.”

Thompson hopes to major in both psychology and human rights on a pre-law track.

“I hope to earn both my Psy-D and my JD law degree, and use these credentials to pursue a career in civil rights law,” Thompson said.

At Thompson, his favorite subject to study in school is English due to his love for speech and writing.

“I truly think that words are powerful, and that even the smallest expressions of kindness can make someone’s entire week,” Thompson said.

In the months leading up to graduation and then preparation for his time to leave for college, Thompson said he gives all of the glory to God for allowing him to be in the position he is.

“I also want to thank my friends and family for all of the support they have given me throughout the years,” Thompson said. “I truly don’t know that I would be the same person without all of the people who have loved me along the way.”