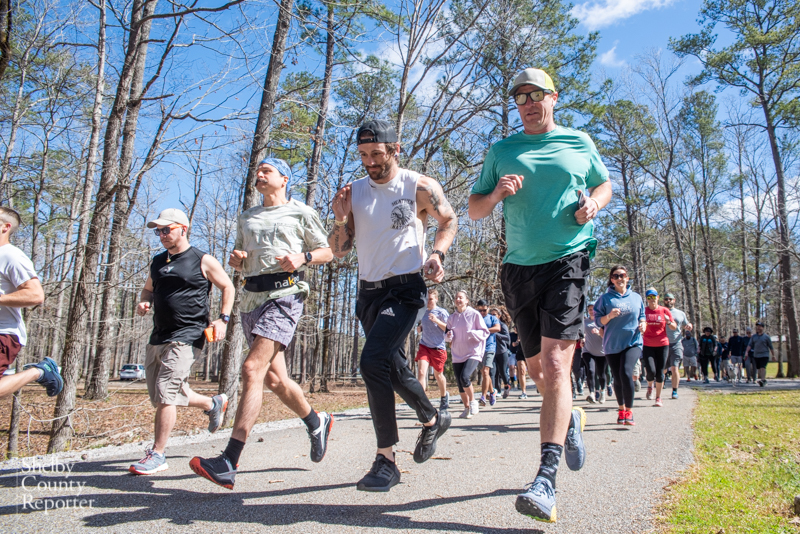 Jake Carlisle, the organizer of the event, said Iron City Trail Fest sprouted from his own love of the outdoors.

“I’m a big outdoors guy,” he said. “I’ve got a real passion for that, and I think Alabama as a state is a great state if you’re into the outdoors. I feel like sometimes people don’t know that. I really wanted to try to open people up to that idea.”

Carlisle partnered with Jim Jones, the founder of Alabama Childhood Food Solutions, to come up with an event that would simultaneously raise money for the charity and also promote the beauty of Alabama’s outdoors.

The $40 registration fee allowed attendees to participate in the 5k race and the trail-walking event, and it also provided them with a complimentary craft beer from Cahaba Brewing Company, along with a goodie bag with offers from Alabama Outdoors, the Trak Shak, and Burton Campers. They were also allowed to take part in the festival that offered live music, merchandise from local vendors and food trucks.

The event was a success, raising more than $1,000 for the charity.

Alabama Childhood Food Solutions feeds more than 4,700 children in Shelby, Talladega and Coosa counties each month.  Jones started the charity 12 years ago with his wife, Linda, after traveling the world and finding there was “as much hunger in Shelby and Talladega County as there is in Africa.”

“We felt we needed to do something about it,” Jones said. “That’s how it began.”

Jones said the charity currently has three full-time employees, 500-plus volunteers, and is supported by 48 churches, Walmart, Publix, Aldi and Piggly Wiggly.

“Through the different systems that we purchase food from, for each dollar that we raise we can get six meals for children,” Jones explained. “If somebody gives us a $2 donation I can feed that child for a whole weekend. For adults we can only get four meals out of a dollar, but the single moms and grandparents who have had to take their children into their home, people who are homeless and are living under the bridges between Birmingham, Chelsea and Childersburg, we’re making a gigantic difference in people’s quality of life, and we anticipate it lasting a long time. God is providing.”