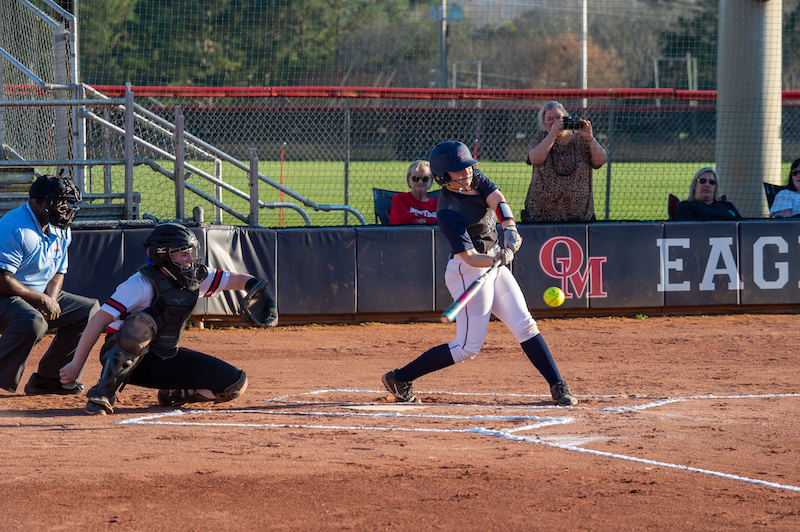 NORTH SHELBY – The Oak Mountain softball team has had an up-and-down season, but the Eagles have remained consistent among one of the toughest schedules in the state so far, and on Wednesday, March 23, they notched their most dominant win of the season.

Oak Mountain, who has now won two in a row and three of four, improved to 9-8-1 on the season with the win.

The Eagles used five runs in the first, second and third innings to pick up the 15-0 shutout in a shortened three-inning, run-rule victory.

At the plate, nine different players had at least one hit for Oak Mountain, while four had multiple hits.

Elizabeth Zaleski led the way, going 3-for-3 with two runs and two RBIs, while Kristian Carr also had three hits with an RBI and a run scored.

Carolyn Graham was also big at the plate, totaling a team-high three RBIs on one hit, while Alea Rye and Bailee Walker both finished with one hit and one RBI each.

Emily Mackin and Sarah Katona also had one hit each in the win.

In the circle, Allison Turner got the start and pitched the first two innings. She allowed one hit and struck out one. Makenzie Price then finished off the final inning, walking three, but allowing no runs or hits to close out the shutout.