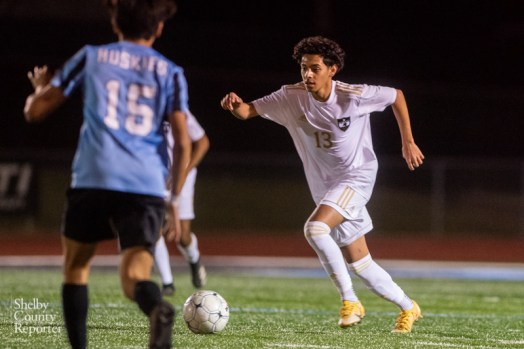 Pelham’s boys soccer team was able to pick up a second penalty-kick area victory in a row on Wednesday, March 23, taking down rival Helena to improve to 3-0 in area play. (Reporter photo/Keith McCoy) 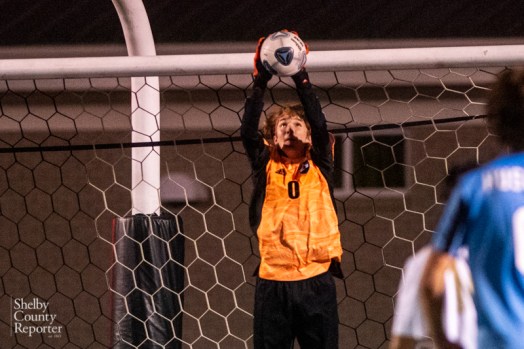 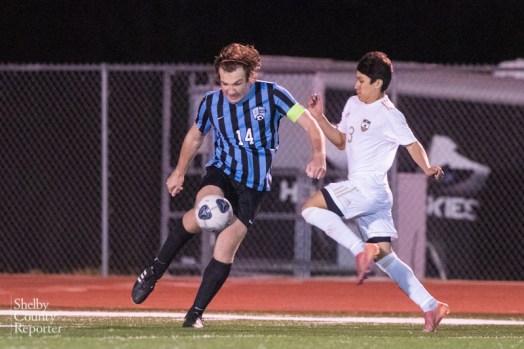 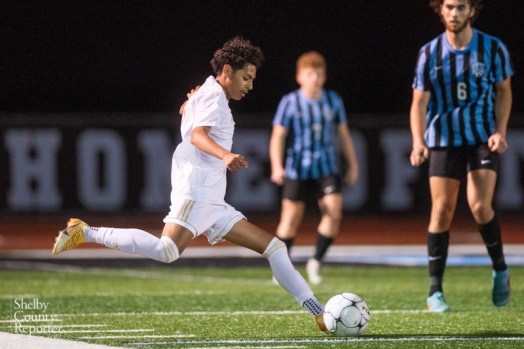 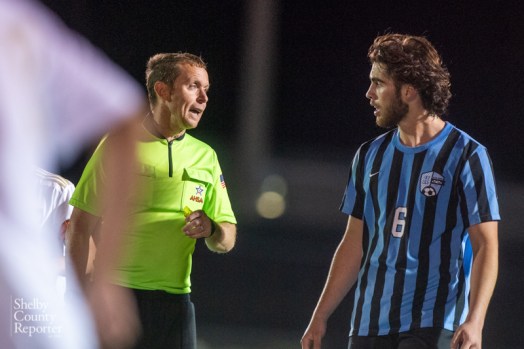 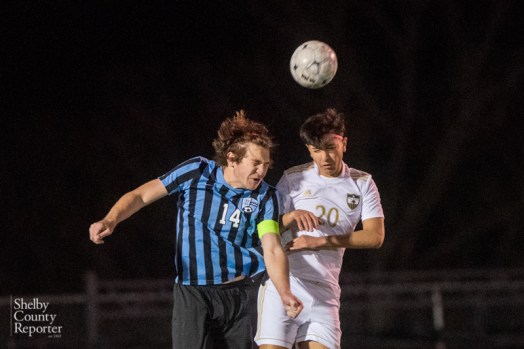 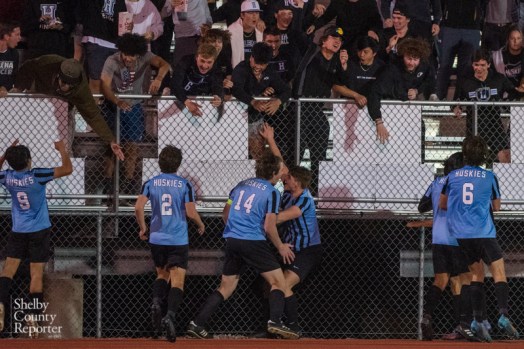 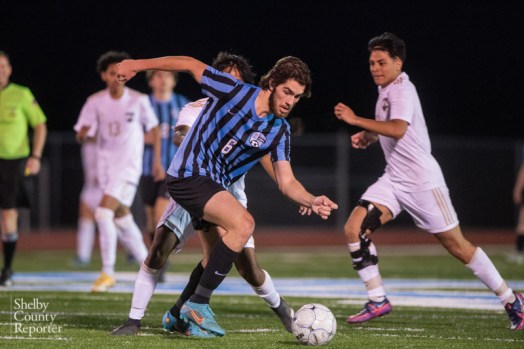 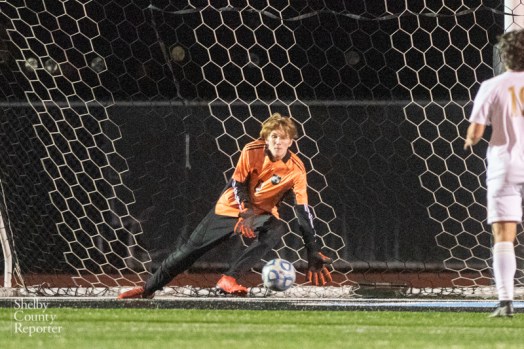 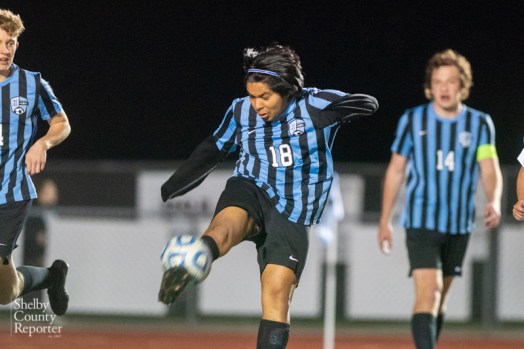 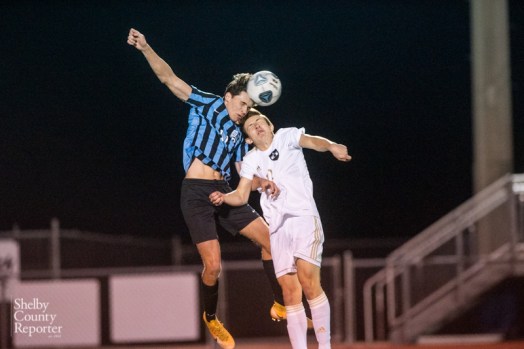 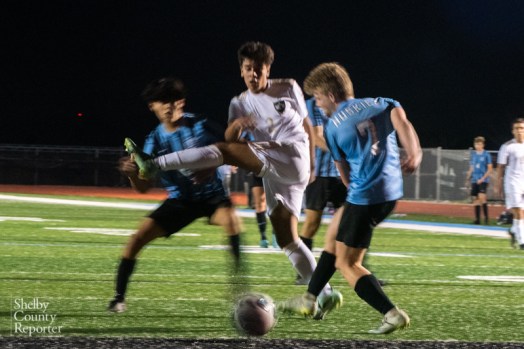 HELENA – For the second area game in a row, it was a nail biter for the Pelham Panthers on Wednesday, March 23, as they traveled to Helena High School for a rivalry battle.

Looking to continue a win streak and improve to 3-0 in area play, the Panthers fell behind 1-0 early in the second half, but were able to respond with a goal of their own with nine minutes to play.

The two fought through the rest of regulation tied 1-1 and went two overtimes with no goals, which forced the game into penalty kicks to determine a winner, marking the second area game in a row to go to PKs for the Panthers.

Pelham was able to take an early lead in penalty kicks after the Huskies missed their first shot high, while Cleber Esquivel buried one for the Panthers.

The two teams then made their next three shots in a row, with Pelham getting goals from Leo Carmargo, Marvin Avalos and Mark Valladares.

At that point, Pelham led 4-3, which set up the final stretch.

Christian Campos missed the fifth kick for the Panthers, which set the table for Helena to equal the score.

KJ Godwin, however, had other ideas.

Knowing a save would win it, the Pelham goalkeeper stepped up and saved Helena’s fifth kick to prevent the tie and give the Panthers a 2-1 victory (4-3 in PKs).

Helena took the lead five minutes into the second half on an impressive shot from James Solorio.

At that point, Pelham was forced into attack mode with about 15 minutes left. The constant pressure eventually led to Eusabio Hernandez burying a shot into the left side of the net from 18 yards out, giving the Panthers the equalizer.

There were opportunities to end the game in regulation, but none of them connected, leading to the two scoreless overtimes and eventually penalty kicks.

With the win, Pelham improved to 12-3 overall and took command of area play at 3-0 with an area win against each area opponent. The Panthers have also won nine in a row.

As for the Huskies, it marked a second heartbreaking area loss after losing to Calera 1-0 on March 10. Helena is now 1-2 in area play with one game left against each area opponent, meaning there is plenty left to be determined when it comes to who will take the top two seeds to earn a spot in the postseason.