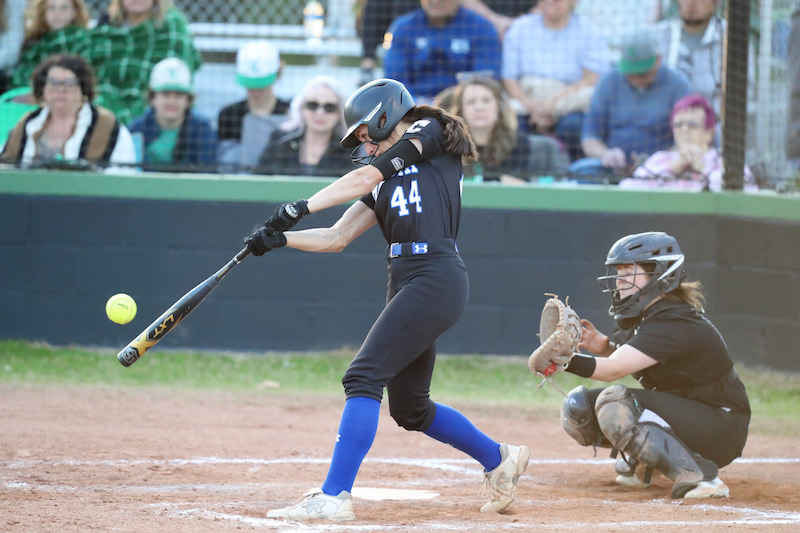 The Chelsea Hornets used two big innings to take down Homewood in an area battle on Thursday, March 24. (For the Reporter/Cari Dean)

CHELSEA – The Chelsea Hornets used a three-run sixth inning against Homewood on Thursday, March 24 to claim their second area victory of the season.

The three-run sixth ultimately gave the Hornets necessary insurance runs to hold off the Patriots, but it was one of two big innings in the game that made the difference.

Chelsea also had a five-run fourth inning that helped erase a deficit to that point, which ultimately put the Hornets in front for good.

Homewood built a 3-0 lead through the top of the third inning, scoring two in the first and one in the third.

The Hornets’ bats woke up after that, scoring their first run in the bottom of the third on an RBI single from Maddie Riggins.

An inning later, however, was the big one for Chelsea.

A double from Hardy Erwin kicked off the inning, while a single from Brooke Jones drove home the first run of the inning.

A walk and single after that set the stage for a bases-loaded triple from Jadyn Buff to give Chelsea 5-3 advantage. The Hornets then added one more on an RBI groundout from Julie Amacher to make it 6-3.

That lead held up until the bottom of the sixth when the Hornets added to it thanks to an RBI double from Amacher and a two-RBI double from Erwin to make it 9-3 going to the final inning.

Homewood gave one final push with three runs in the top of the seventh, but Chelsea’s three runs the inning prior became too much for the Patriots to overcome in a 9-6 win for the Hornets.

Buff led the way for Chelsea, going 2-for-4 with three RBIs and two runs scored. Erwin added two hits and two RBIs, while Amacher added two RBIs on one hit.

Riggins and Jones also had one hit and one RBI each, while Olivia Trout, Olivia Morgan and Hannah Marler all had one hit.

Erwin got the start in the circle and picked up the win after striking out four and allowing six runs on eight hits. Maia Harris finished the game by getting the final two outs with one strikeout.

With the win, Chelsea improved to 8-9 overall on the season and 2-1 in area play.