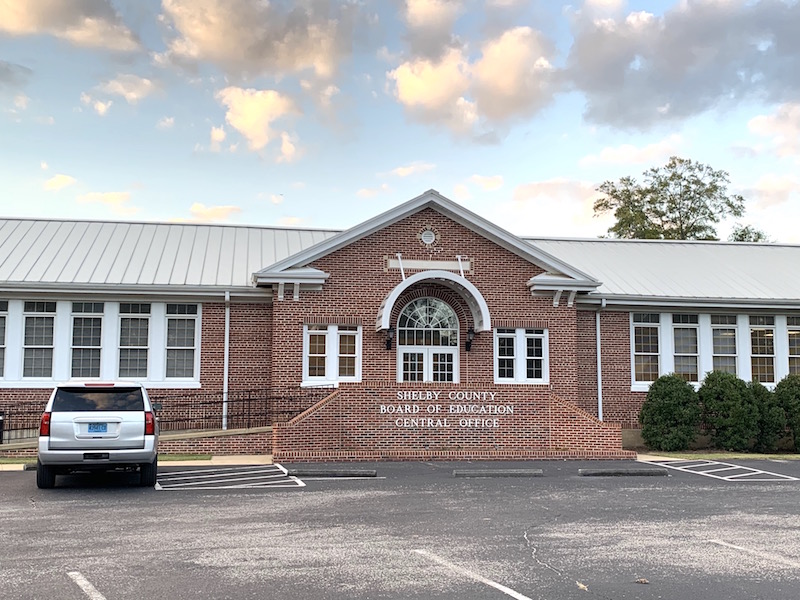 Shelby County Schools is gathering information from parents in the district regarding potential attendance zone changes.

On Thursday, March 24, the district sent a survey to its parents in an effort to collect more feedback about options leaders are considering for the Mt Laurel and Oak Mountain attendance zones.

“After an analysis of student enrollment numbers in the Chelsea zone, Shelby County Schools is planning to transition students residing in the Mt Laurel attendance zone to become part of the Oak Mountain attendance zone, pending board approval,” read a letter to parents explaining the potential changes. “The exception to this would be students who live within the city limits of Chelsea. These students will continue to attend Chelsea schools.”

SCS Superintendent Dr. Lewis Brooks said he and other district leaders began to look at the attendance zones after the city of Chelsea had a feasibility study conducted last year to determine whether Chelsea could separate from Shelby County Schools and form an independent municipal school system.

“When they started their study of their own school system, we started analyzing the unincorporated areas on the (Shelby County) 41 corridor and Highland Lakes, and what that might mean for us as a school district,” Brooks said. “We were trying to give parents information about how rezoning would work over a two-year period.”

The potential changes the district is considering are as follows:

• Grades K-5: All elementary students continue to attend Mt Laurel Elementary School as they currently do.

• Students choosing to attend OMMS or OMHS must commit to the entire year.

• Grades K-5: All elementary students continue to attend Mt Laurel Elementary School as they currently do.

• Grades 7-8: Students from the MLES attendance zone who completed sixth or seventh grade at Chelsea Middle School will have the option to enter OMMS or continue at CHMS through eighth grade.

• Grades 10-12: Students residing in the MLES attendance zone will have the option to enter OMHS or continue at Chelsea High School through graduation.

• Bus transportation will be provided to all students who transition to OMMS or OMHS. Students choosing to remain at a Chelsea school must provide personal transportation.

At any point during the time periods listed above, should the city of Chelsea separate and form its own school system, this transition schedule may be subject to change, according to the letter. 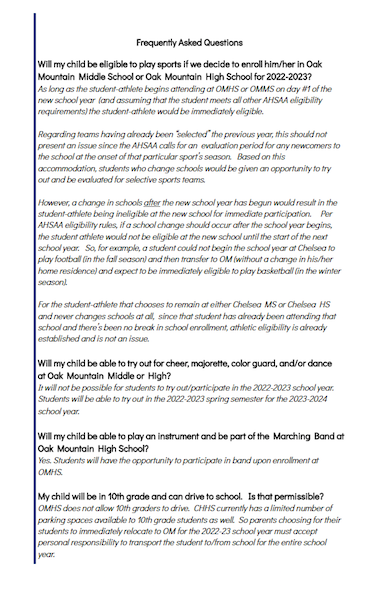 Brooks stressed that no final decision has been made regarding attendance zones, as the Shelby County Board of Education would have to approve any proposed changes.

Brooks said district leaders have met with parents in these attendance zones to listen to their concerns.

Parents may complete and return the survey through early April.

The board’s next meeting is scheduled for Thursday, April 21, but Brooks said he is unsure when the potential zone changes would come before the board for a vote.

“It’s a complex situation because there are some families that feel strongly their kids have established roots in Chelsea, and some who are adamantly opposed to any consideration of Chelsea starting their own school system,” Brooks said. “It’s not a decision, in my opinion, that you make so immediately. We are just trying to seek information so we can take the best path to serve our kids in the best way that we can.”