Thompson extends win streak to 8 ahead of spring break 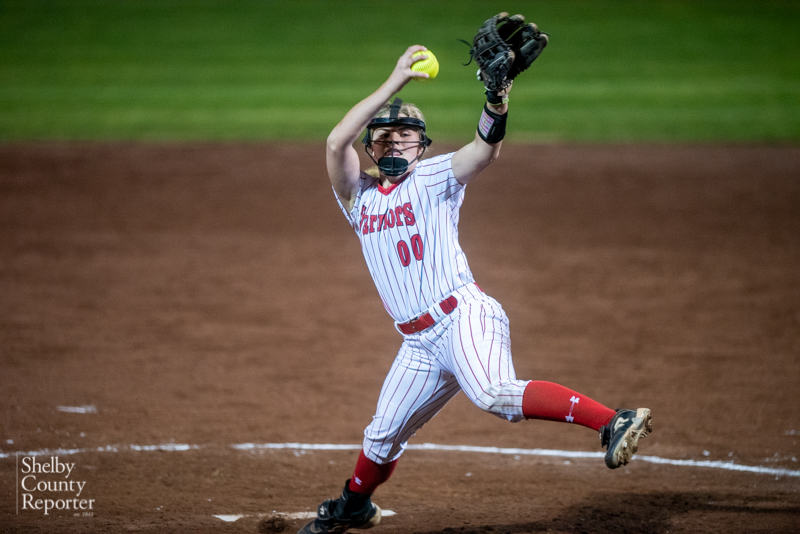 The Thompson Warriors won their eighth consecutive game on March 24, taking down Hillcrest-Tuscaloosa in a tight 3-1 game. (File)

ALABASTER – The Thompson Warriors continued their winning ways on Thursday, March 24, picking up a hard-fought win against Class 6A No. 10 Hillcrest-Tuscaloosa.

The Warriors took a 3-0 lead through three innings and held on the rest of the way behind strong pitching from Eleanor DeBlock and Chalea Clemmons for a 3-1 win.

With that victory, Thompson not only improved to 18-2 on the season but extended a current win streak to eight consecutive games heading into spring break play.

In the win against the Patriots, the Warriors started the scoring in the bottom of the second with a two-out rally.

Kendall Channell and Madison Poplin drew back-to-back walks to put two aboard. That was followed by an RBI single from Dailynn Motes, while Poplin advanced to third on the same hit, eventually scoring on a passed ball to make it 2-0.

An inning later, the Warriors got a one-out double from Clemmons, who then advanced to third on a sac fly. Ella Pate capitalized by hitting a fly out to center field that was deep enough for the sac fly to make it 3-0 through three innings of play.

The Patriots added one run on an error in the top of the fourth, but the pitching of Thompson was too much from there.

The Warriors couldn’t capitalize offensively the rest of the way, but DeBlock allowed just the one unearned run in the fourth, giving up three hits and one walk with three strikeouts, while Clemmons came in and allowed no hits or runs with one strikeout to cement the win.

At the plate, Motes and Clemmons each finished with two hits, while Motes had one of two RBIs. Pate had the other RBI with her sac fly, while she also drew a walk. Laney Williams, Jenna Williams, DeBlock and Channell each had hits in the win as well.