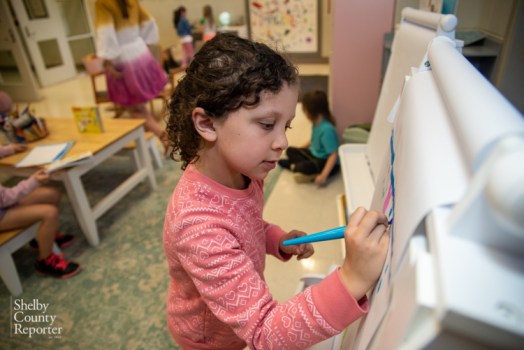 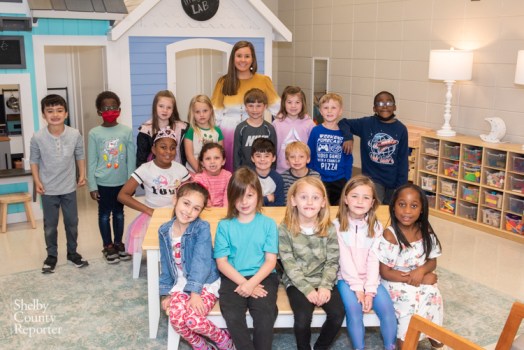 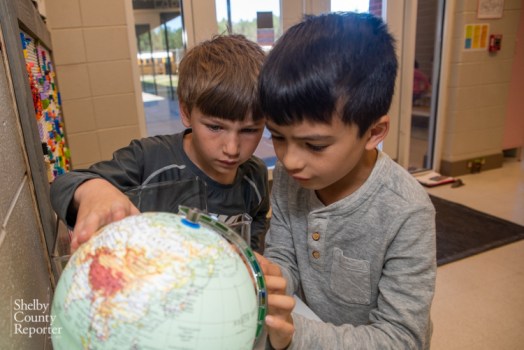 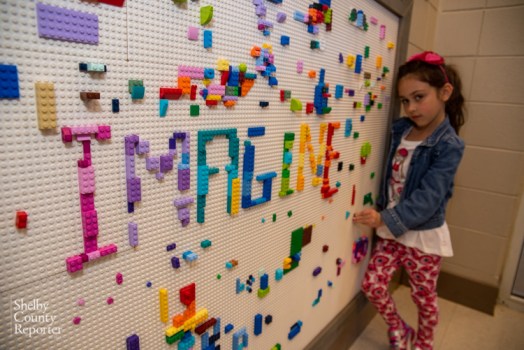 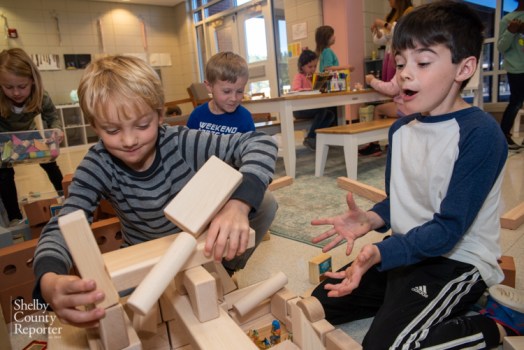 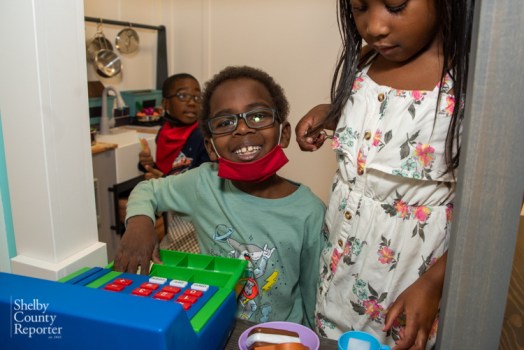 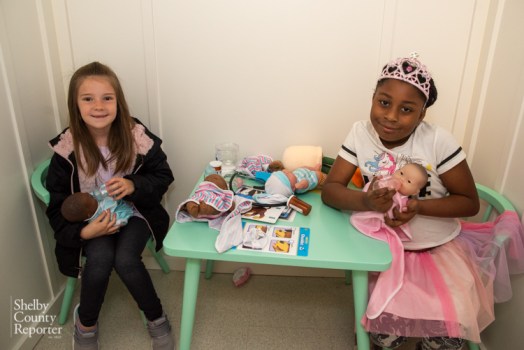 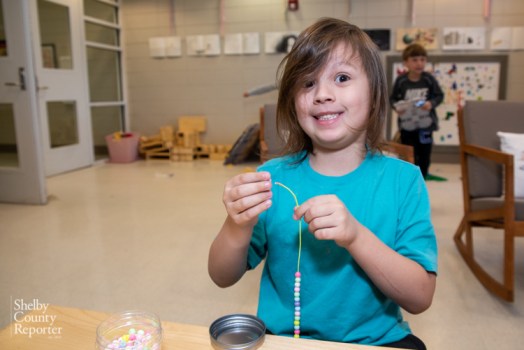 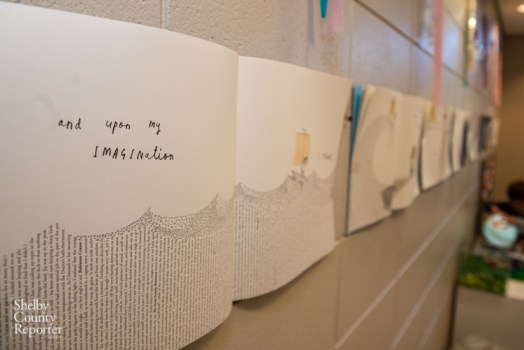 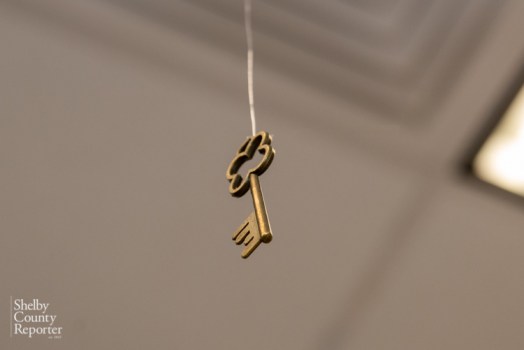 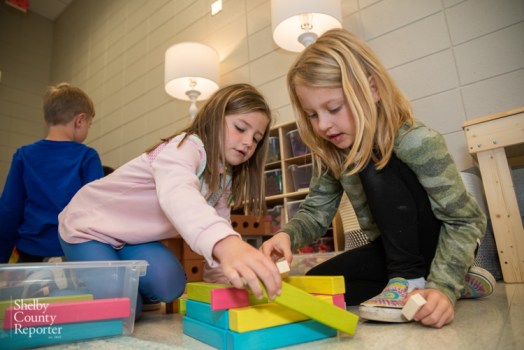 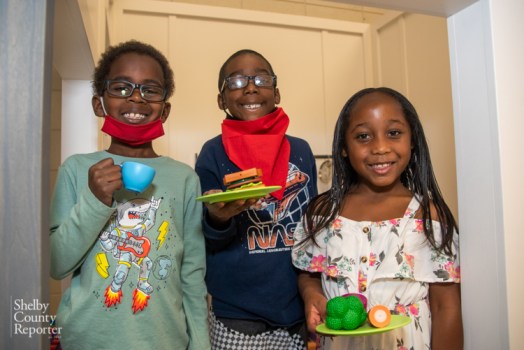 CHELSEA – Chelsea Park Elementary School teacher Sarah Cooley is a firm believer in the benefits of play-based learning for children.

That’s why Cooley, who teaches the first grade, wanted to provide more students at CPES with a designated space for activities that promote creativity, imagination and collaborative play.

“I’ve always been a huge supporter of play-based learning and incorporated a lot of play in my classroom every single day,” Cooley said. “I wanted to do that for our entire K-2.”

Last year, Cooley shared her idea of creating a play-based learning space with her administrators, nervous but hopeful they would support it, and they did.

“I really just had encouragement from my administration,” she said. “Play is something tha’s hard to keep within our school day because we have so much as educators that we’re responsible for doing. Our administrators understand how valuable play is in child development.”

After receiving permission to use a spare room the school was utilizing for storage, Cooley started to map out her plans.

“I always knew that space had potential,” Cooley said. She immediately began researching playhouses and art and STEM activities she could include in the space, which she named the Imagination Lab.

Half of the structure features a café and play kitchen, where students can pretend to prepare and serve food in a restaurant setting. The other half resembles a house.

“It took the longest to have that playhouse structure put in,” Cooley said. “We are thrilled to have it.”

In the art and creativity area, students can make things with paper, pencils, paint, chalk and various other supplies.

“They are able to use their imagination and create anything they want,” Cooley said. “It’s been the most popular station. The kids love it.”

The building area includes 16 different types of materials, with which students can build small and large items.

Cooley said a Nick Grant the city of Chelsea awarded to CPES for the Imagination Lab funded most of the nearly $20,000 project.

With help from her husband, Cooley designed and assembled most of the space herself.

“The playhouse went in in January, but there were lots of details I wanted in the space as well,” she said. “I have a story wall that really inspired the feel of the space.”

Cooley even hung small books and skeleton keys from the ceiling to make them appear as if they are floating.

“I felt like someone from HGTV,” she said, laughing. “The kids were encouraging me. I could tell their excitement was building as we were getting closer. It was a work of heart and love, and it was a joy to put together.”

Students in kindergarten, first- and second-grade classes visit the Imagination Lab every other week.

As students interact with each other in the lab, they practice communication, problem-solving and conflict resolution skills.

“It really does get children talking and cooperating,” Cooley said. “They’re learning through all of those interactions with each other. It’s been neat to watch what they do.”

Cooley said plans are in the works for older students at CPES to apply to be volunteers in the Imagination Lab, facilitating play and helping to keep it clean and organized.

“We’re trying to figure out a way for them to participate because it’s part of their school, and they’re also proud of the lab,” she said.

Cooley said creating the Imagination Lab has been one of the most exciting things she has done in her 16-year teaching career.

“I was hoping everybody would love it, and they really do,” Cooley said. “We’re just thrilled to have it in our school. I know after I retire, it will be here and kids will still be using it. It’s a great feeling to have.”