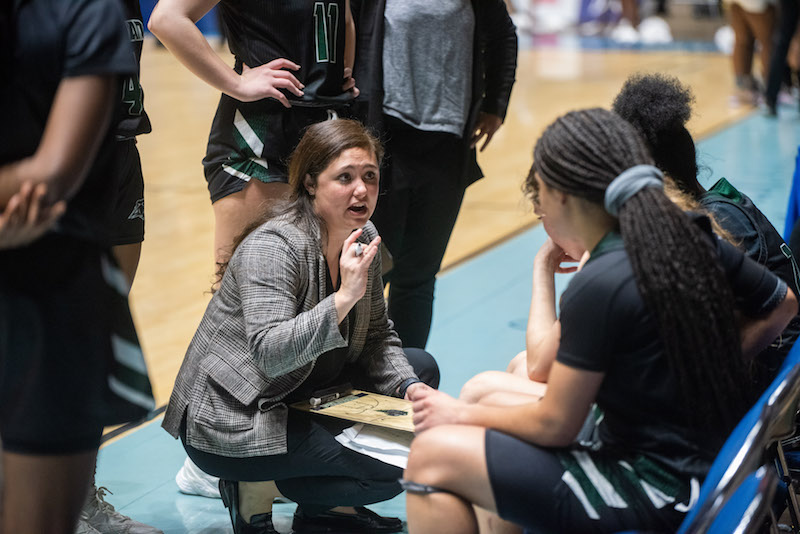 Pelham girls basketball head coach Crosby Morrison has been named the 2021-2022 Shelby County Coach of the Year after taking the Panthers to the Final Four for the first time. (File)

During a year in which three local coaches from Class 6A put together historic runs to the Elite Eight, finding the right fit for this year’s top coach was no easy task.

But one coach led her team a step further than the rest in a year of historic firsts, which was the difference in making Pelham girls basketball head coach Crosby Morrison the 2021-2022 Shelby County Coach of the Year.

Similar to the year before in which Jason Harlow led the Chelsea Hornets to the Final Four for the first time to earn the Coach of the Year award, Morrison did the same this season. 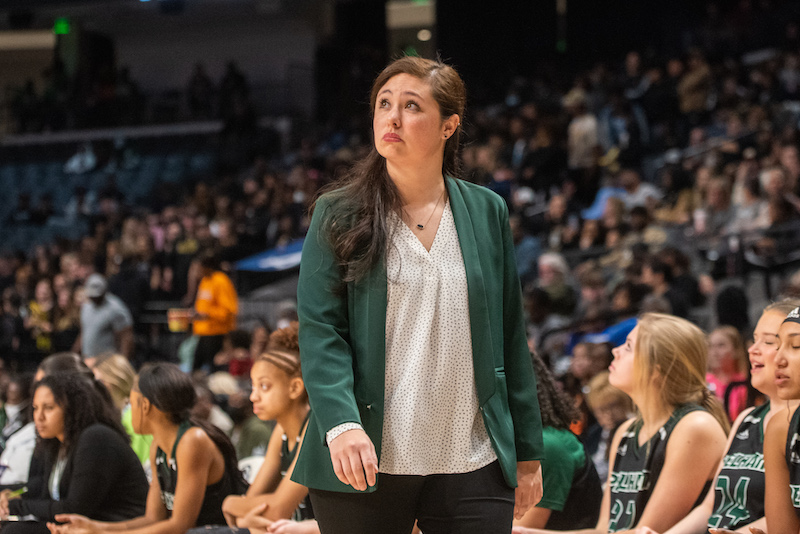 Morrison, however, was one of three coaches to lead their team to the Elite Eight this season, making the decision an extremely difficult one.

Harlow led Chelsea back to the Elite Eight, and had the Hornets on the cusp of a second Final Four in a row, while Helena head coach Alan Skinner led the Huskies to their first Elite Eight in school history following a special postseason run before losing a tight battle to Pelham one round shy.

Both of those coaches did tremendous jobs with teams who placed an emphasis on simply working harder and playing fundamentally smart.

Morrison’s team did the same, and by taking Pelham to heights it had never reached before, she got the bonus points to break the three-way tie and win this year’s award.

In four years at Pelham, she has taken the team from seven wins the year before she got there to 10 wins her first year and now to three consecutive winning seasons, two of which have featured 20-plus wins.

The program has completely changed in that four-year span, which culminated with this year’s group of seniors—the first to play all the way through high school under her—setting the standard.

“This is a very special group. It’s a group me and my staff came in with that were freshmen,” Morrison said after the team advanced to the Final Four. “The message four years ago was to just buy in and hold on. If you do, you’ll be rewarded. I’m emotional because of what they’ve accomplished. They’re super competitive and we tried to channel that to get them to believe they could win. The first year was just to believe we could win. Last year, we made a run. This year, they expected to be here.”

And that expectation is what’s new.

Under Morrison, the team has gone from what senior Victoria West said was a team nobody wanted to watch, to a team expecting to compete for a state championship.

Morrison deserves a lot of credit for that, no because of her ability to coach, but the ability to get the players to believe. Once they believed, it became about them simply working hard and playing to their full potential, which led to history.

Now, with back-to-back Sweet 16 appearances and a trip to their first Final Four, the Panthers and Morrison seem to just be getting started.