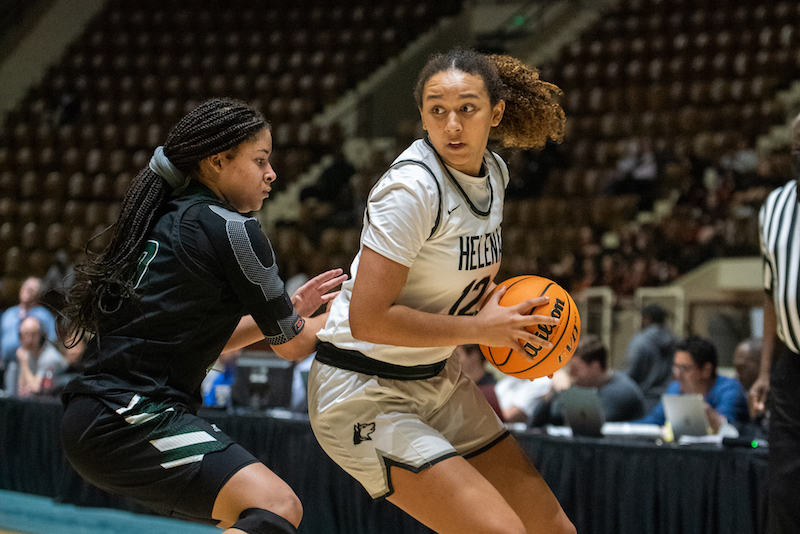 History was present for local girls basketball teams during the 2021-2022 basketball season, as three teams made this year’s Class 6A Sweet 16, two made the Elite Eight and one made the Final Four.

That was just part of the storyline for another special year on the hardwood for several local teams, who produced some of the top talent in the state this season.

Now, with the season behind us, it’s time to honor the top players from Shelby County for their efforts on this year’s All-County Team.

The 2021-2022 edition of the team features a first, second and third team as well as a group of honorable mention players to celebrate all of the achievements during the season. 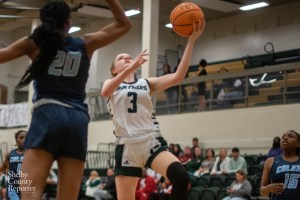 Guard: Laci Gogan, junior, Pelham. The Player of the Year in Shelby County for the second year in a row, Gogan averaged 16 points per game this season to lead Pelham to the Final Four. She not only led the county in scoring, but added 2.5 rebounds and 2.4 assists per game offensively, while posting 58 steals and 23 blocks defensively. 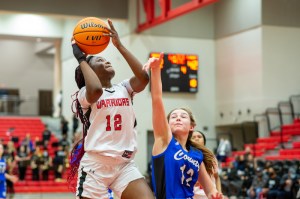 Guard: Alecia Reasor, senior, Thompson. The third-leading scorer in the county, Reasor totaled 14.2 points per game as a leader for the Warriors who battled an inconsistent roster all year. Reasor, however, remained consistent and added 5.9 rebounds and 2.2 assists per game to her stat line, as well as 62 steals. 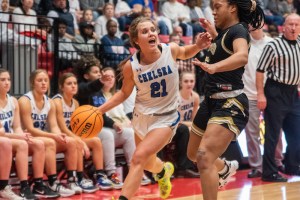 Guard: Sydney Schwallie, senior, Chelsea. One of the best leaders in the county for her team, Schwallie helped Chelsea reach the Elite Eight for the second year in a row. She averaged 8.9 points, four rebounds and 3.1 assists per game, while her defensive presence led to 80 steals, which was second in the county. 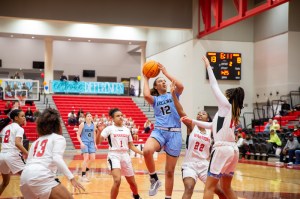 Forward: Olivia Johnigan, junior, Helena. Johnigan made her presence felt in her first season with the Huskies. Not only did she average 12.5 points per game, but she was one of the leading rebounders in the county as well with 7.1 rebounds per game. She added a29 steals and 34 blocks as well to help Helena reach the Elie Eight for the first time in school history. 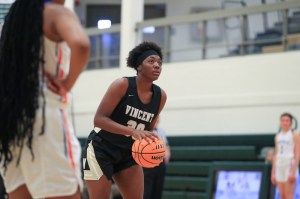 Center: Ja’Kalynn McGinnis, freshman, Vincent. Despite being one of the youngest starters in the county, McGinnis finished near a double-double this season. She led the county in rebounding with 11 per game, while she added 9.9 points per game as well. She also finished second in the county with 30 blocks. 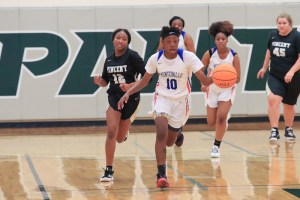 Guard: Jai-Lin Ivory, junior, Montevallo. The second-leading scorer in the county, Ivory averaged 14.9 points per game as the leader of the Bulldogs. She is now 94 points shy of reaching 1,000 for her career. 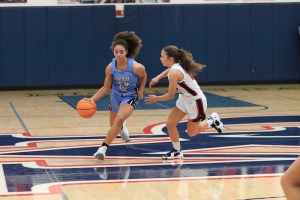 Guard: Camille Chase, senior, Spain Park. A special career for Chase ended with the leader for the Jaguars averaging 10.8 points, 5.3 rebounds and 3.1 assists per game. She also added 46 steals and took 31 charges on the defensive end of the floor. She finished her career with 246 career 3-pointers. 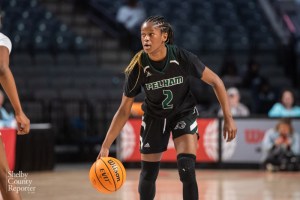 Guard: Myriah Tate, senior, Pelham. If there were a defender of the year award, it would go to Tate, who finished this season with a jaw-dropping 108 steals to lead the county. In addition to that, she averaged 8.8 points, 6.1 rebounds and 1.6 assist per game on the offensive side to help the Panthers reach the Final Four for the first time. 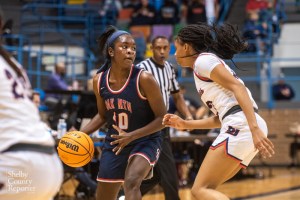 Forward: Raegan Whitaker, sophomore, Oak Mountain. The leading scorer for the Eagles this season and one of the top scorers in the county, Whitaker averaged 11 points per game, while she also added 5.5 rebounds per game. Defensively, she finished with 49 steals to help Oak Mountain reach the Sweet 16 once again. 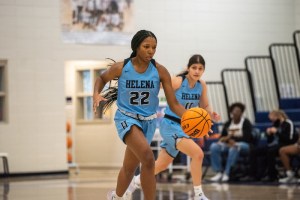 Forward: Alana Scott, senior, Helena. An effort player for the Huskies, Scott was consistent across the board. She averaged 9.3 points and 6.5 rebounds per game, while she added 54 steals to help the Huskies reach the Elite Eight. 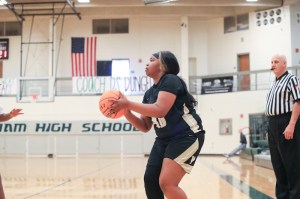 Guard: Trenay Lane, junior, Vincent. Another important player for the area champion Yellow Jackets, Lane was the only player to average five or more in the three big categories. She finished with 10 points, six rebounds and five assists per game. 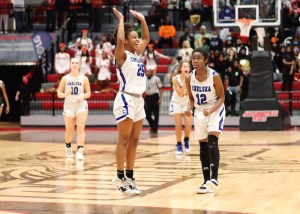 Guard: Lexi Redd, junior, Chelsea. Redd was another consistent player who helped Chelsea reach the Elite Eight. She averaged 9.6 points, five rebounds and 1.5 assists per game, while she was big defensively with 71 steals as well. She led the Hornets in both points and rebounds this season. 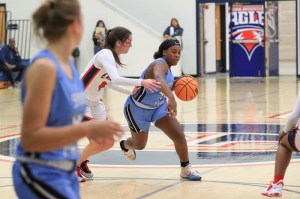 Guard: Paxton Gillispie, senior, Spain Park. Gillispie was big on the boards this year for Spain Park, finishing with 6.1 rebounds per game. She also was just behind Chase with 9.3 points and 2.4 assists per game. Gillispie also added 30 steals defensively. 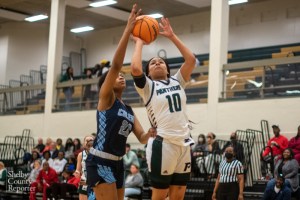 Forward: Jaslyn Heflin, senior, Pelham. With 7.2 points and 5.1 rebounds per game, Heflin was another key member in a balanced Pelham team that overcame several injuries to make the Final Four for the first time. She added one assist per game and 77 total steals. 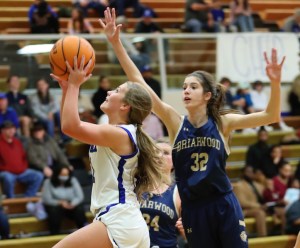 Forward: Emma Kerley, eighth grade, Briarwood. As an eighth grader, Kerley earned a spot on this year’s All-County team because of her ability to handle some of the toughest opponents in the state and still be one of the best on the floor. She averaged 10.2 points, 5.7 rebounds and two assists per game. As impressive, she led the county with 61 blocks and totaled 42 steals.