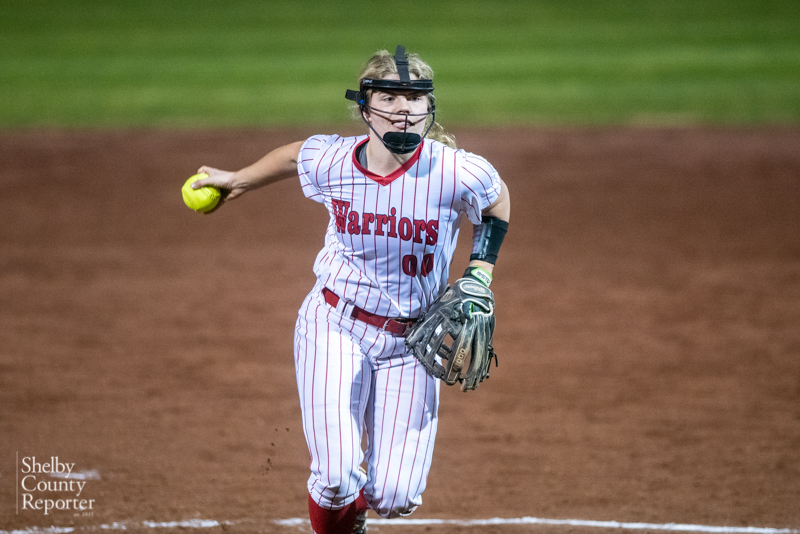 Thompson’s softball team improved to 23-3 on the season with a 5-1 showing at the Gulf Coast Classic during spring break. (File)

The Warriors fell short of winning the tournament, but they put together a special 5-1 showing during their six games in three days.

Thompson went 4-0 in pool play to kick off the tournament, then won the first game of elimination play before falling 5-2 to Hartselle on the final day due to a late push from the Tigers.

Nonetheless, the Warriors improved to 23-3 on the season following their 5-1 showing at the challenging tournament.

Thompson opened with a dominant 13-0 win on Monday, scoring 11 runs in the first inning and two in the third to finish off the shutout in three innings.

Olivia TIndell, Chalea Clemmons and Ella Pate all had big games at the plate with two hits each. Clemmons added four RBIs, Pate finished with three and TIndell totaled two.

Eleanor DeBlock also finished with two RBIs on one hit, while Dailynn Motes added one RBI and Madison Poplin finished with one hit and one RBI.

Thompson followed that with another big offensive outburst in the second game of the tournament, scoring 13 runs in the third inning against Central Magnet School to notch a 13-0 victory.

Clemmons not only had a home run, but finished with five RBIs on two hits to lead the Warriors, while Tindell added two more RBIs on three hits. Pate and Holly Selman also finished with two hits, adding one and two RBIs, respectively.

Laney Williams totaled two hits in the win, while Jenna Williams and Savannah Nabors finished with one hit and one RBI each.

After the two Monday wins, Thompson came back a day later and added wins of 8-2 against Fort Payne and 3-0 against Ardmore to finish off pool play.

Against Fort Payne, Thompson jumped out to a 7-0 lead through two innings, and was never threatened from there, outhitting the Wildcats 14-4 in the six-run win.

DeBlock, Clemmons and Selman shared time in the circle, striking out nine and giving up four hits and two runs.

That was followed with the shutout of Ardmore, as the Warriors allowed no hits in the 3-0 victory.

Thompson scored one run each in the first, fourth and fifth innings to notch the win.

Clemmons led the way with two hits and one RBI, while Motes, Tindell, Pate, DeBlock, Channell, Selman and Allie Bauer each had one hit. Laney Williams, Clemmons and Pate had the team’s RBIs.

In the circle, DeBlock pitched all five innings, striking out seven in a perfect game, as she allowed no walks or runs either.

With that, Thompson finished pool play undefeated to enter the final day of the tournament in good shape.

The Warriors then picked up a 10-2 victory on Wednesday against Dempolis thanks to an eight-run fourth inning that ultimately made the difference.

Jenna Williams led the way with a 3-for-3 game featuring two triples and two RBIs. Clemmons continued a remarkable tournament, totaling three RBIs on one hit. Motes also finished with two hits and scored three runs, while Laney Williams, Tindell, DeBlock and Channell each had one hit and one RBI.

Clemmons got the complete-game win in the circle, striking out 11 and allowing two unearned runs on three hits and five walks.

That advanced the Warriors a round further for a matchup with Hartselle.

They were able to grab an early 2-1 lead after the first inning, which held up through two innings of play.

Hartselle, however, had a four-run top of the third that became the difference in a tough 5-2 loss to end the tournament.

Pate led the way with Thompson’s two RBIs thanks to a triple, while Motes and DeBlock each finished with one hit.