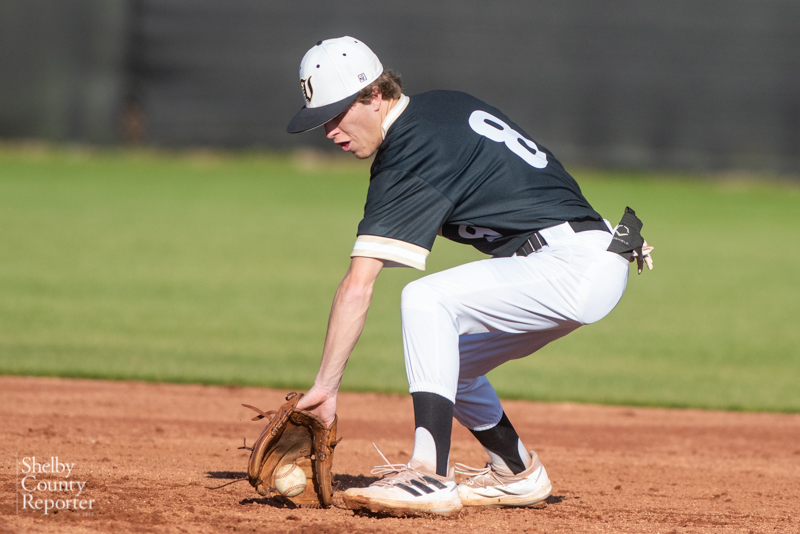 The Vincent Yellow Jackets outscored B.B. Comer a combined 43-1 during a three-game series to kick off area play on a strong note. (File)

Spring break for the Vincent baseball team was business for usual, as the Yellow Jackets opened area play for the 2022 season with three matchups against B.B. Comer.

With the first two games counting toward their area record and the final game a tiebreaker if needed later in the season, the Jackets stepped onto the field for all three games and continued a special season as the No. 3 team in Class 2A.

The Jackets not only improved to 2-0 in area play, but they swept all three games with Comer by a combined score of 43-1 to improve to 16-4 overall on the season.

It continued a special year for Vincent, as three of the team’s four losses have also come against Class 5A No. 1 Shelby County.

And the Yellow Jackets looked like one of the best teams in the 2A classification during their series with Comer.

In the opening game on Tuesday, March 29, Vincent put together its first of two 11-run wins in a row, while the Jackets gave up their only run of the series in a 12-1 victory.

Freshman starting pitcher Aiden Poe was big on the mound in the win, continuing a strong season by picking up a complete-game win. He struck out six and the only run allowed was unearned.

At the plate, Eyan Davis went 3-for-4 with two RBIs, while Cole Gowers added one RBI on two hits. Hunter Burnette also went 2-for-3 at the plate.

Two days later on Tuesday, March 31, the Yellow Jackets matched up with Comer for two more games to close out the series.With the first being the big game that counts toward the area standings, Vincent matched its 11-run victory from Tuesday with an 11-0 shutout this time around to improve to 2-0 in area play.

The Jackets got five innings of four-hit baseball from Will Carden, who picked up the complete-game win.

At the plate, Zac Carlisle was perfect thanks to a 4-for-4 game featuring three RBIs, while Grayson Gulde also had a big game going 2-for-3 with two RBIs.

The two went on to play the third game and it was more of the same, as the Jackets came close to matching their run totals for the previous two games combined in a 20-0 shutout.

Three different pitchers combined for a five-inning shutout, while Myles Fincher, Camden Cobb, Easton Fields and Carlisle all went 3-for-3 at the plate to close out the series.