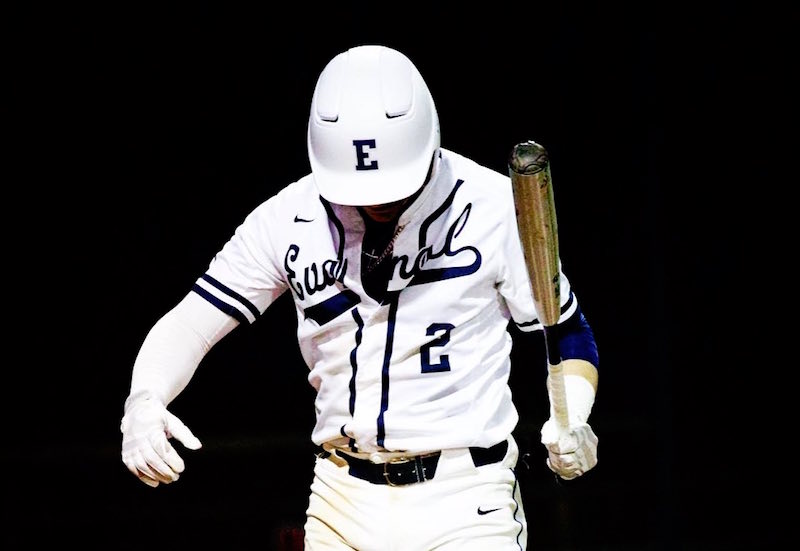 Evangel’s baseball team has won eight of its last 10 games to improve to 15-10 on the season. (Contributed/Evangel Athletics)

The Evangel Lightning baseball team has hit its strongest stretch of the season with wins in eight of the last 10 games, including four wins in a row between Saturday, March 26 and Thursday, March 31.

In that span, the Lightning took down Covenant Christian Academy, East Central HomeSchool, Tuscaloosa Academy and Chambers Academy to improve to 15-9.

Their only two losses in the last 10 games came against Covenant as part of a doubleheader on March 26 and AISA No. 1 Pike Liberal Arts on Friday, April 1.

Each loss, however, offered a chance at improvement, as the Lightning responded from Covenant loss and got experience against one of their toughest opponents on the schedule against Pike Liberal following a busy week of play.

Evangel quickly responded from a tight 5-4 loss to Covenant Christian on March 26 by earning redemption quickly in a 12-4 win later that same day.

The Lightning took an early lead with a run in the first inning and never trailed from there.

The two teams matched each other with three runs in the second and one in the third, but the Lightning scored in all but two innings of the game, while Covenant didn’t score the rest of the way.

Evangel’s three runs in the fourth and four in the sixth were more than enough in the 12-4 win, as the Lightning outhit Covenant 13-7.

Patrick Yeager and Evan Bourne had big performances with Yeager going 3-for-3 with four RBIs and Bourne posting a 3-for-4 game with two RBIs.

On the mound, Bourne pitched the first 2 1/3 innings, allowing four runs on five hits and striking out two. Owen finished the game by striking out eight and allowing no runs on two hits over the final four innings.

Two days later on Monday, March 28, the Lightning made quick work of East Central HomeSchool, scoring 12 runs in the first inning en route to an 18-0 victory.

Joshua Looman was big in the win, going 3-for-4 with two RBIs, while Tyler Gothard finished 2-for-3 with three RBIs. Will Welch added a 2-for-2 game with two hits, while Oddo and Bourne each finished with one hit and two RBIs.

Beyond that group, Whitfield and Shace Green finished with one hit and one RBI each.

Looman got the start on the mound and pitched all three innings of the run-rule win. He struck out five and gave up no runs on two hits and one walk.

That led into a big matchup with Tuscaloosa Academy of the AISA.

A good test for the Lightning against a quality opponent, Evangel overcame a 4-2 deficit through five innings with a big three-run sixth inning to grab a 5-4 win.

Even in the tight game, the Lightning controlled the game at the plate, outhitting Tuscaloosa Academy 8-3.

Evangel actually took a 2-0 lead through the top of the fourth, but Tuscaloosa Academy erased it quickly in the bottom of the fourth with three runs and then extended it by one more in the fifth.

The Lightning, however, came through clutch in the sixth with three runs and got through the bottom half of the sixth and seventh without giving up a run to preserve the one-run victory.

Whitfield and Owen each had two hits, while Gothard had one hit and two RBIs. Bourne added a hit and RBI, while Oddo and Lumpkin each had one RBI.

Bourne pitched the first four innings on the mound and gave up three runs on two hits while striking out four. Owen and Oddo finished off the game, combining for five strikeouts, while Owen gave up just one run and one hit.

Evangel then closed out the stretch of wins with another dominant effort in a 12-0 victory against Chambers Academy.

The Lightning scored seven in the first, then followed that strong start to add one run in the second and two each in the third and fourth to pick up the 12-run win in four innings.

Owen got the complete-game win on the mound, striking out four and allowing no runs on three hits and a walk.