Spain Park finishes spring break with 4 in a row, now 20-7 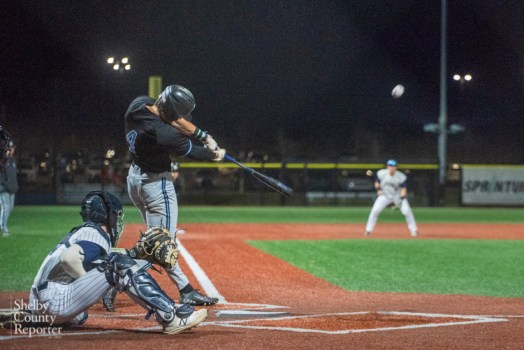 The Spain Park Jaguars lost their first two games of the Hoover spring break tournament, but the Jags bounced back with four wins in a row. (Reporter photo/Keith McCoy) 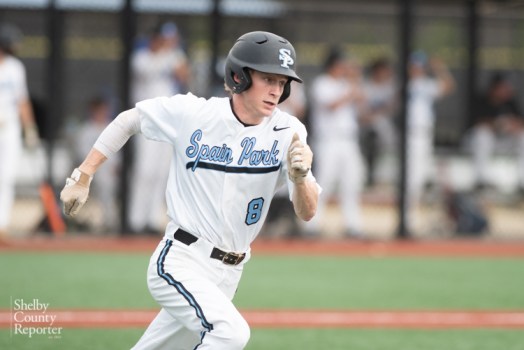 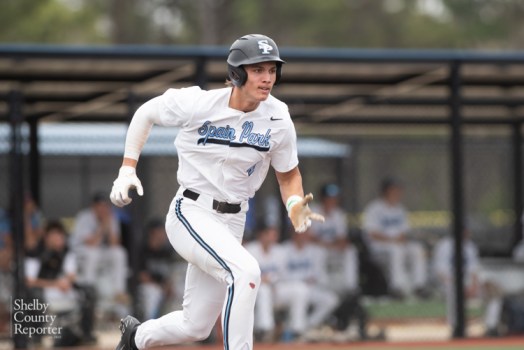 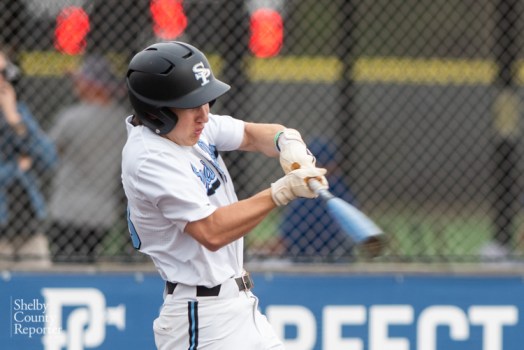 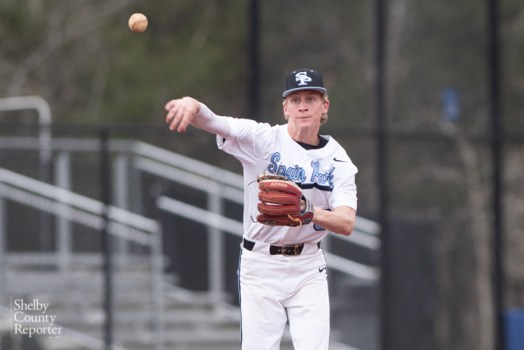 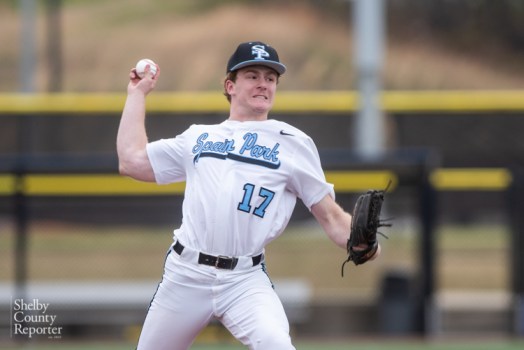 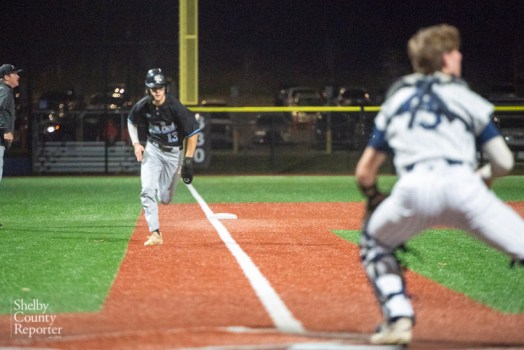 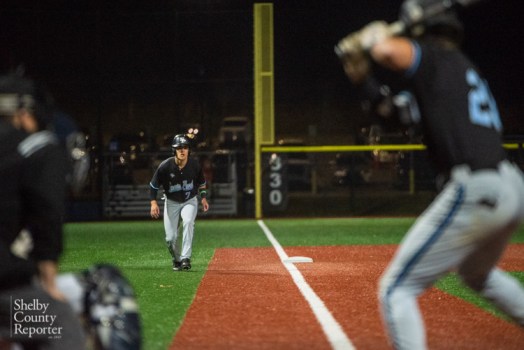 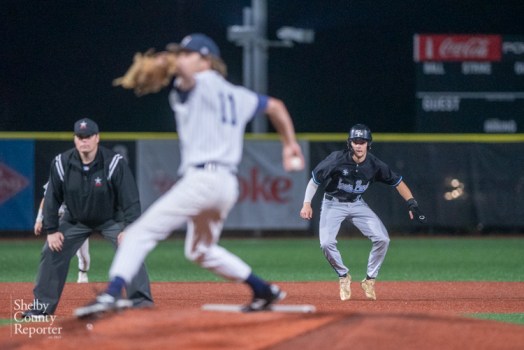 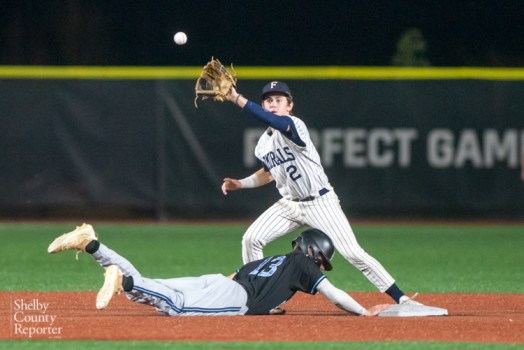 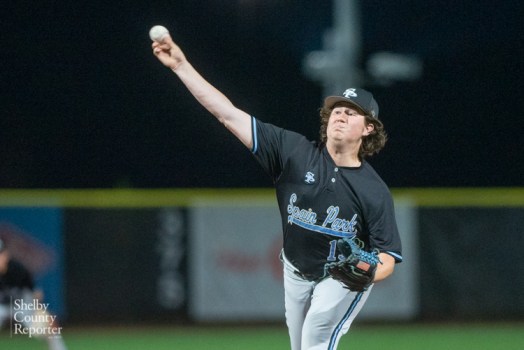 HOOVER – Spain Park’s time at the Walk-On’s Buccaneer Classic hosted by Hoover High School March 30 through April 2 didn’t start as planned, but the Jags ended with a bang.

After losing their first two games of the tournament in a 7-5 loss to Mountain Brook and 9-1 loss to Prattville, the No. 8 Jaguars won four in a row to close out the tournament and reach 20 wins.

Spain Park (20-7) went on to beat Farragut 6-5, Christian Academy of Knoxville 5-4, Calera 8-7 and John Carroll 13-1 to close out the tournament and head into the final leg of the season with area games on the horizon.

It was a thrilling tournament for the Jags after those opening losses, winning three one-run games in a row, starting with the 6-5 victory against Farragut.

In a back-and-forth battle, however, the Admirals came back in the bottom half with a two-out home run to draw within a run. A lineout, however, ended the game, as the Jags preserved the win.

Cole Edwards led the Jags in the win with a 2-for-3 game featuring three RBIs, while Michael Glick added two hits and a walk for a perfect showing as well.

Jacob Tobias added a hit and RBI, while Evan Smallwood and Clay Spencer each had one double. Josh Harrington also finished with a hit and run scored, while John Robert Thompson added an RBI.

On the mound, Lucas Thornton got the win after going six innings and allowing four runs on nine hits and four walks with five strikeouts. Caldwell Bussey finished off the final inning to preserve the win.

A day later, their first of two games on Friday was no less thrilling.

The Jags led 3-1 through five innings of play, but a three-run top of the sixth for Christian Academy of Knoxville gave the Warriors a 4-3 advantage.

Spain Park, however, was able to put together a clutch bottom of the seventh, taking advantage of mistakes from CAK pitching.

Smallwood was hit by a pitch, Harrington hit a grounder that ended with an error and put runners on first and second with no outs.

A groundout moved both into scoring position, before Tobias was hit to load the bases.

A fielder’s choice from Ryan Cole drove home one run, then Spencer stepped up and hit a ground ball to second that ended with another error, allowing Harrington to score the game-winning run in a 5-4 win.

Edwards finished the game 2-for-3 with an RBI, while Cole and Wilkins Hunter each had one hit and one RBI.

Thompson went six innings on the mound and gave up four runs on six hits and two walks with four strikeouts. Tate Burkholder got through the top of the seventh without giving up a run, which set the stage for the walk-off win.

Later that night, the Jags matched up with county opponent Calera and fended off a late comeback to grab another one-run win.

Calera, however, put together a big home half of the final inning with six runs, but a grounder to second then ended the game with the game-tying run left on base.

Tobias was big in the win, going 3-for-4 with five RBIs. Harrington finished 2-for-3 with an RBI and a walk, while Glick added one hit and one RBI. Edwards also had a hit with two walks, scoring two runs.

Smallwood got the start on the mound and went 5 2/3 innings, striking out three and giving up one run on two hits and four walks to pick up the win.

The Jags finished the tournament a day later on April 2 and decided they were done with the stressful one-run wins. This time around, they scored seven runs in the opening inning and went on to pull away for a 13-1 victory in five innings against John Carroll.

Cole got the start on the mound, pitching the first three innings and giving up one run and one hit with two strikeouts. John Michael Lee and James Battersby both pitched an inning and allowed no runs on a combined three hits to close out the week.