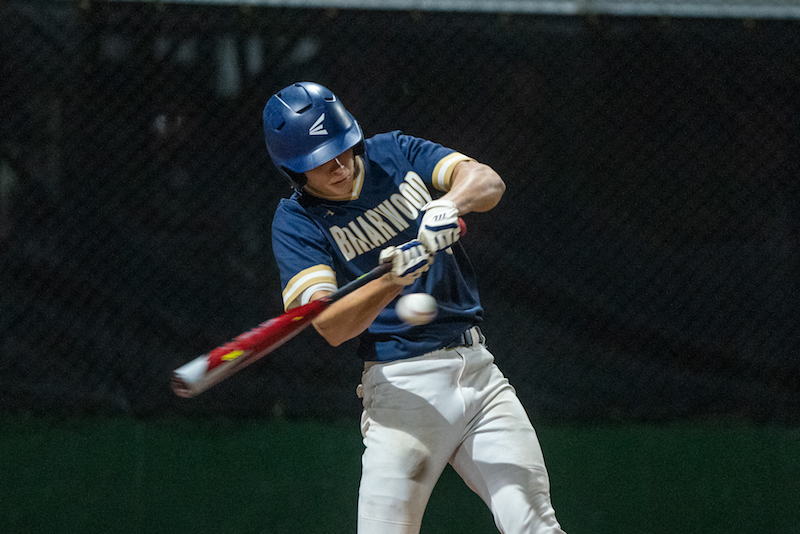 In a challenging area this year, the Briarwood Lions battled to an area-series split with Mountain Brook during the week of April 4.

The Lions picked up a crucial win against the Spartans on Tuesday, April 5 to get to 1-2 in area play after losses of 4-3 and 9-7 to Homewood a week earlier to kick off area play.

Briarwood went on to lose a tough 5-2 game on Thursday night, April 7, putting the Lions at 1-3 in area play, but still with a chance to make the playoffs with one area series left against rival Chelsea.

In the win on Tuesday, Briarwood fell behind 1-0 through two innings of play, but the Lions went on to score two in the fourth, one in the fifth, two in the sixth and one in the seventh to finish with six unanswered runs in a 6-1 victory.

Briarwood outhit Mountain Brook 10-2 in a strong performance, as Will Clark finished 2-for-4 with three RBIs, while Sam Hoff added one hit and one RBI.

Beyond those two, Brady Waugh and Jackson Barnes both had two hits, while Cooper Higgins, Samuel Burr and Andrew McAdams each finished with one.

On the mound, Drake Meeks struck out six and gave up one run on two hits and seven walks in the win, while Jonathan Stevens finished off the final three innings, allowing no hits or runs and striking out seven with three walks.

In the second game of the series, Mountain Brook took a 2-1 lead in the top of the first and never looked back.

Briarwood did add one run in the home half of the inning to make it 2-1, but the Spartans put together three combined between the third and fourth innings to take a 5-1 advantage.

From there, the Lions could only get back one run in the bottom of the sixth.

Burr led the way at the plate for Briarwood with two hits and one RBI, while Barnes added one hit and one RBI. Waugh also tacked on another hit for the Lions.