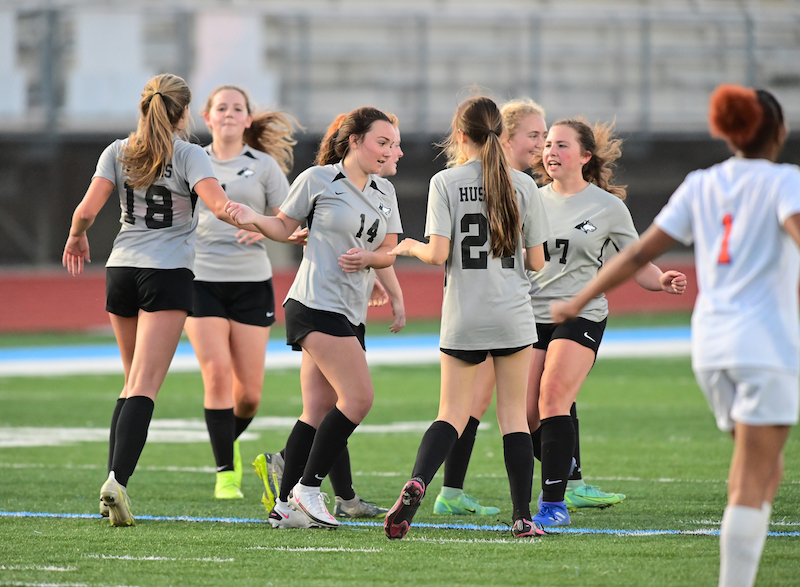 CALERA – The Helena Huskies’ girls soccer team is not just heading back to the postseason in 2022, but they will be doing so as area champions after taking down Calera on Thursday, April 7.

In addition to the boys picking up a road win against the Eagles to remain in the playoff hunt, the girls locked up the area championship with a 3-1 win.

The Huskies improved to 5-0 in area play with one area battle left against Pelham, but with every other team having at least two losses, that was enough to close out the title.

In the win, Helena got a balanced effort on the attack, while the defense continued an impressive season.

The Huskies got goals from Bailee Washington, Piper Stovall and Riley Hulsey each finishing with one goal and two points in the win.

In addition to that, Ashlynn Beery was big in helping create those goals with two assists.

Sydney Cheeks was also big in the winning effort, saving 11 of the 12 shots she faced in goal to help preserve the victory.

As for the boys, Helena was able to get revenge from a 1-0 loss to Calera on March 10 to remain in the hunt for a playoff spot alongside Calera, Pelham and Chilton County.

Not only that, the Huskies won 2-0, which would give them a playoff spot over the Eagles in the case of a tie of records between the two.

Helena got one goal in each half from James Solorio to help pick up the 2-0 shutout victory.