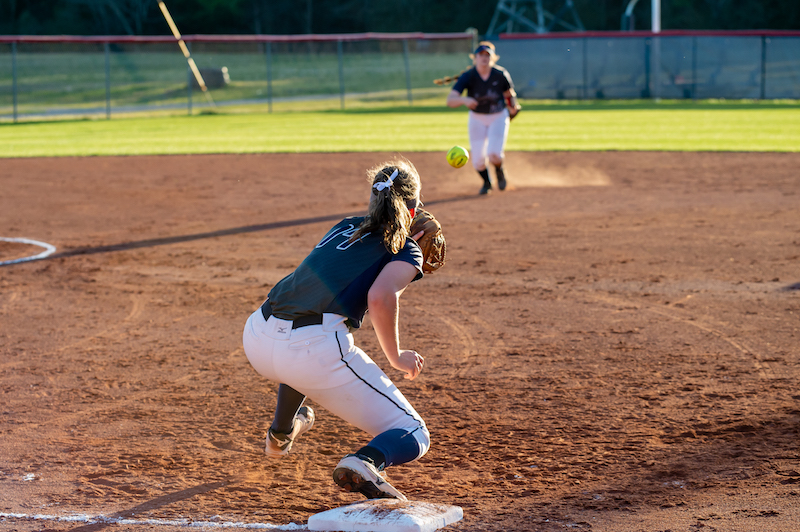 Oak Mountain completed a season sweep of Vestavia Hills on April 7 to improve to 2-2 in area play. (File)

VESTAVIA HILLS – In one of the most difficult areas in Class 7A, the Oak Mountain Eagles picked up a crucial win against Vestavia Hills on Thursday, April 7 on the road.

With one win against the Rebels already on their schedule and losses to their other two area opponents, the Eagles picked up a 3-2 victory to improve to 2-2 in area play.

Oak Mountain fell behind 1-0 in the bottom of the first but quickly responded with a run in the top of the second.

After two scoreless innings in the third and fourth, the Eagles then added the two important runs in the top of the fifth that ultimately made the difference.

Emily Mackin led off the inning with a double and scored soon after on an error in center field off a hit from Elizabeth Zaleski.

Then, following another single from Sarah Katona, Emily Hart laced a single to center field that brought home Zalenski for the 3-1 lead through the top of the fifth.

The Rebels attempted a comeback in the final inning, leading off with a double and getting within a run off an RBI single with one out, but that’s as close as they got after back-to-back groundouts ended the game.

Oak Mountain was led by Hart with two hits and one RBI, while Zaleski and Sheridan Andrews both had one hit and one RBI. Alea Rye, Macklin and Katona all had one hit in the win.

In the circle, Turner picked up the win, striking out four and allowing two runs on seven hits and one walk.