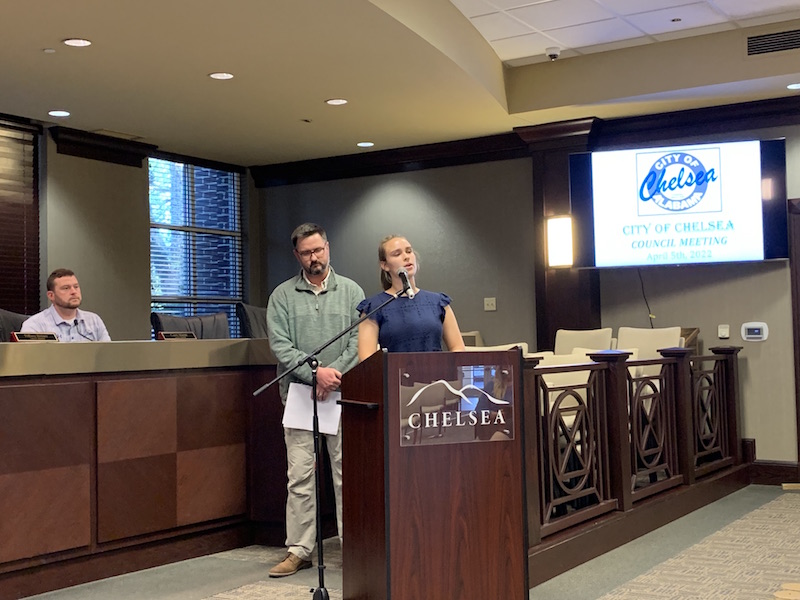 The Chelsea High School SGA will induct seven people into the CHHS Hall of Fame this year. (Reporter Photo/Emily Sparacino)

CHELSEA – Another group of Chelsea High School alumni will be honored this year for their impact on the community.

“One of the goals that we have is to connect the high school with the Chelsea community,” Adams said. “One way we have tried to carry out this goal was the establishment of the Chelsea High School Hall of Fame in April 2021, honoring six inductees in the inaugural class.”

Each Hall of Fame class has an inductee coming from one of six categories: athletics, academics, faculty, community, fine arts/student impact and heritage, Adams said.

“We recognized the collaboration of current student leaders with those who played an integral part in shaping our school and its lasting culture,” Adams said. “In a sense, the SGA wanted to build a foundation in the Hall of Fame, while commending those who laid the foundation for us.”

In January, each voting member provides a nomination proposal for potential inductees, and the SGA dedicates one weekly meeting through mid-February to each category.

A general consensus is needed for a candidate to become an inductee, and those not voted in are kept on file for future consideration.

“Since the Hall of Fame is still emerging, we wanted to continue to establish precedents with our second class while keeping to our procedures from last year,” Adams said, using the adaptation of the fine arts category to include student impact as an example. “The Chelsea High School SGA recognizes that our membership will look different each year, and all current members will eventually graduate out.”

Peterson said in addition to the Hall of Fame, the scope of the Chelsea High School SGA has drastically expanded in the last two years.

“We know the growth of our community and all stakeholders are at the forefront of its identity,” Peterson said. “The SGA believes a collective effort in moving forward is the best means to serve the needs of all students, families and the generations who have walked and will walk the halls of Chelsea High School.”

The 2022 CHHS Hall of Fame inductees will be honored at a banquet on Wednesday, April 27.

In other business, the City Council:

• Voted to amend the city’s personnel policy manual to include Good Friday as a paid holiday.

• Voted to declare property as surplus and authorize its sale and disposal.

• Voted to authorize the mayor to secure a loan with Cadence Bank for construction.

• Voted to amend the city’s zoning ordinance to include a definition of short-term residential rental and only allow short-term rentals in B-2 (General Business District) zoning.

• Approved an annexation request submitted by Ruch Investments LLC for a portion of property located on Cross Road Drive in Sterrett and consisting of about 2 acres.

• Approved an annexation request submitted by Calvin and Katrina Lemley for property located on Dorough Road in Columbiana and consisting of about 3.2 acres.

• Approved an annexation request submitted by Billy and Cheryl Naugher for property located on Crest Farm Drive in Wilsonville and consisting about 15.62 acres.