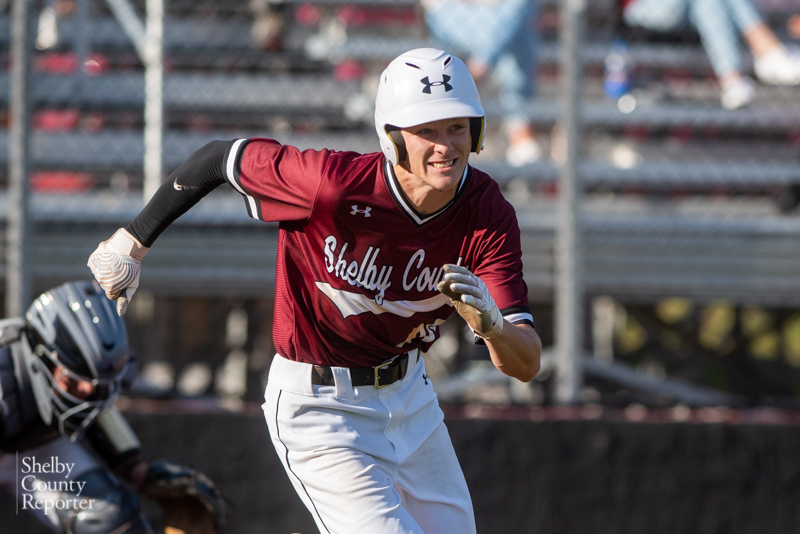 The Shelby County Wildcats improved to 4-0 in area play on Thursday, April 7 with a combined effort of 39-0 in two games against Talladega. (Reporter photo/Keith McCoy)

COLUMBIANA – The Shelby County Wildcats continued to look like the No. 1 team in the 5A classification on Thursday, April 7 in an area doubleheader against Talladega.

Looking to bounce back from their third loss of the season on Monday and their second loss by one run in a 3-2 game against Jasper, the Wildcats responded in a big way against the Tigers.

In the opening game, the Wildcats put together a quick and dominant 17-0 victory.

After the Wildcats put together a 1-2-3 inning defensively in the opening inning, they came to the plate and strung together all 17 runs to put a quick end to the shutout.

Carter Sheehan had a grand slam as part of the inning to finish1-for-2 in the game and total four RBIs.

Noah Reed added three RBIs after finishing with two hits, including a double, while Jacob Fox and Austin Wilson both finished with two hits and two RBIs.

Avery Chitwood added two RBIs as well on one double, while Matthew Pearson finished 1-for-1 with an RBI.

Chitwood put together the 1-2-3 inning on the mound, striking out one and allowing one hit before a runner was thrown out advancing to second.

Game two was even more dominant, but it took a little longer for the Wildcats to close it out.

They scored three in the first and held that 3-0 lead through two innings of play before a 19-run top of the third made the difference in a 22-0 win.

Gillum struck out four and picked up the win, allowing one walk and two hits.