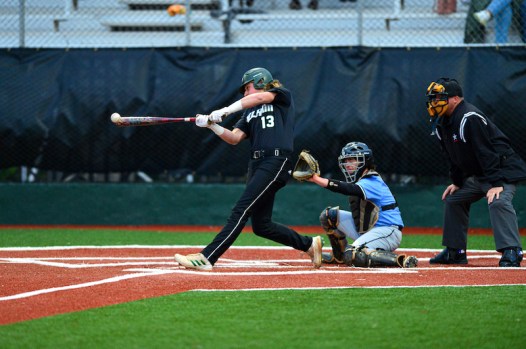 Helena and Pelham split an important rivalry and area series April 7-8, as both kept their hopes of winning the area championship alive. (For the Reporter/Jeremy Raines) 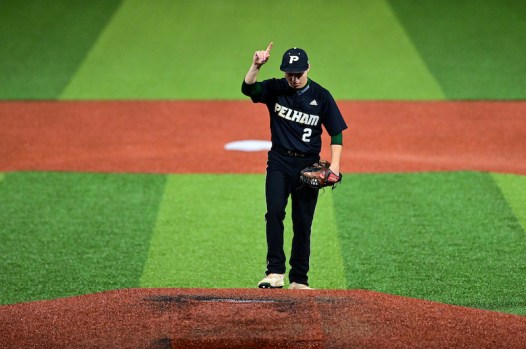 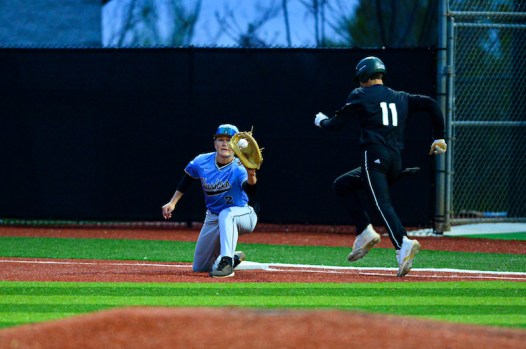 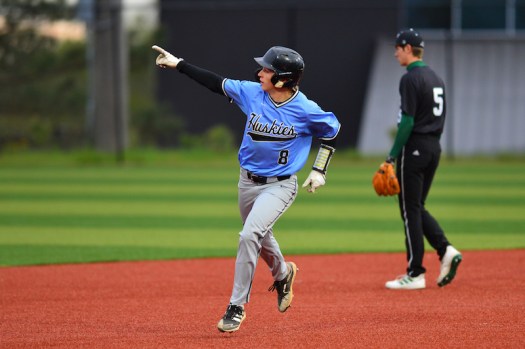 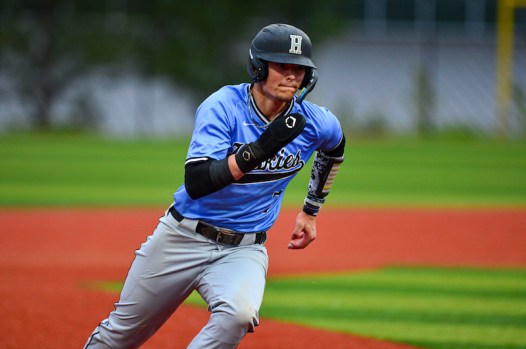 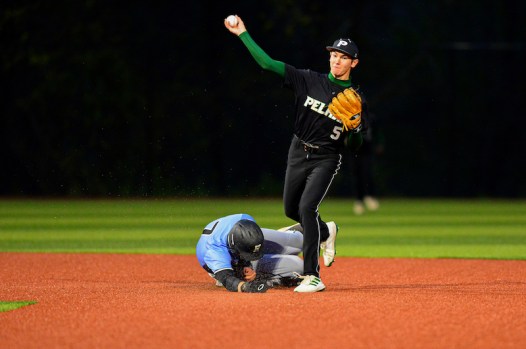 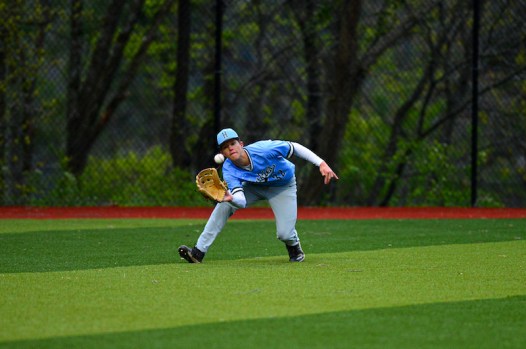 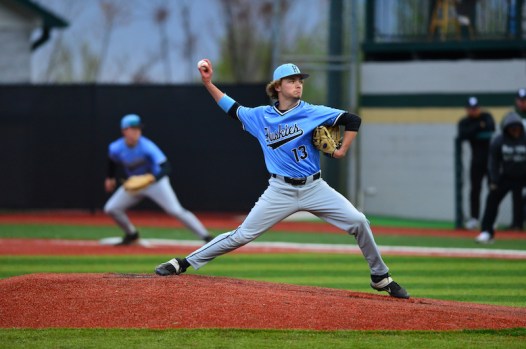 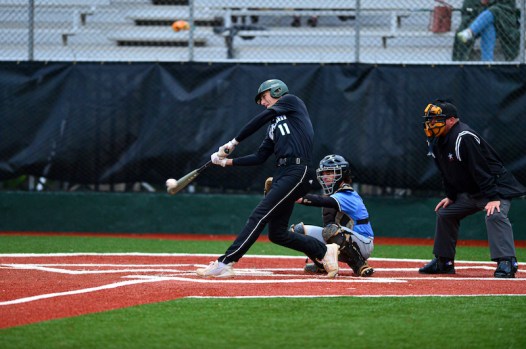 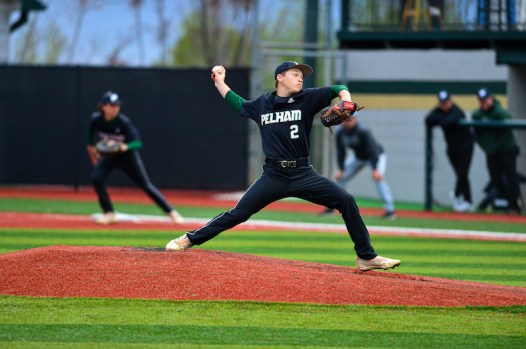 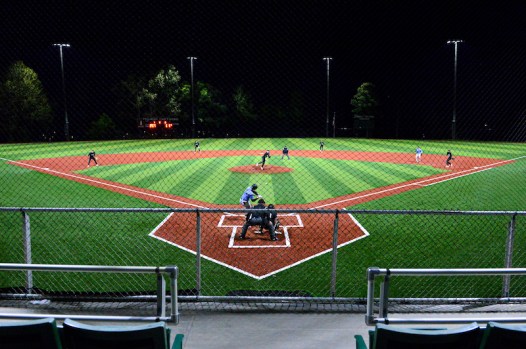 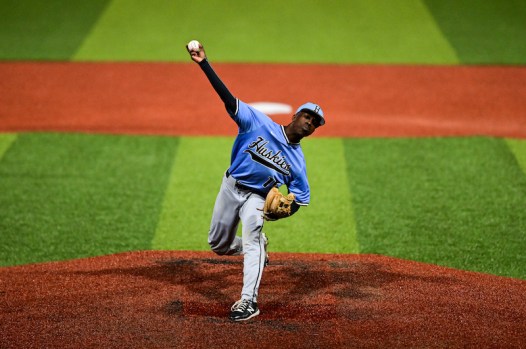 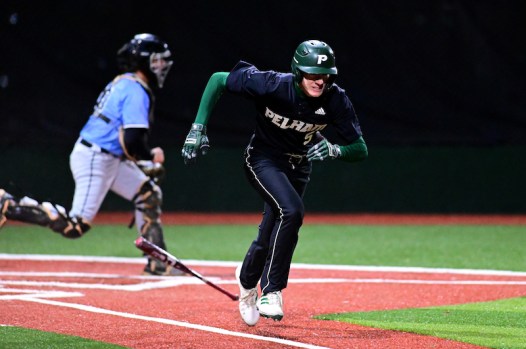 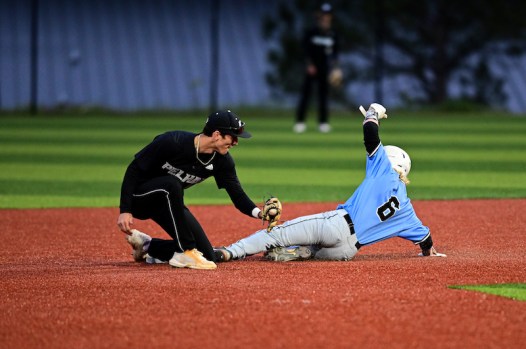 In a rivalry series, the Helena Huskies and Pelham Panthers met one another on back-to-back days April 7-8 with area and postseason implications on the line.

With the Huskies entering the series 2-0 in area play and the Panthers 1-1, Helena was looking to keep its stronghold on the lead in the area, while the Panthers were looking to take that away or at the least keep pace for a playoff spot.

That’s exactly what both did, as Helena won the opening game of the series 5-4 to improve to 3-0, before Pelham handed them their first area loss a night later in a 12-2 win.

With that, Helena remained atop the area standings with one area series remaining, improving to 3-1, while Pelham remained in a tie for second with Chilton County as both teams sit at 2-2 with Calera also still in the mix.

In the opening game, Helena jumped out to a 3-0 lead in the first inning, but the game was far from over at that point.

Pelham bounced back two innings later in the top of the third with three runs as well to quickly tie the game.

An inning later, however, Helena got the difference-making moment when Reece Mims drove home two runs on a line drive single to left field to make it 5-3.

Pelham got to within a run on a solo bomb in the top of the fifth from Christian Pritchett to make it 5-4, but that’s as close as the Panthers got the rest of the way.

They went down in order in the sixth before Helena was able to get out of a bases-loaded jam with one out in the top of the seventh to preserve the win.

Mims led Helena at the plate with two hits and two RBIs in the win, while Connor Gibbs added one hit and two RBIs.

On the mound, Mitchell Rhodes went six innings and struck out seven while giving up four runs on five hits and two walks. Colby Thacker finished off the game with two strikeouts, no hits and no runs in that final inning.

Pritchett led Pelham with two hits and three RBIs, while he also allowed just four hits and four walks with three strikeouts on the mound. He gave up all five runs, with two of those earned.

In the second game of the series, Helena jumped out to a 2-0 lead with another strong first inning, but Pelham quickly seized the momentum.

After a one-run second to draw within a run, the Panthers scored six in the third and scored in every inning the rest of the way to eventually pull away for a 12-2 win in six innings.

Makei Griffin and Durbin Stewart were both big at the plate with Griffin totaling two hits and three RBIs, while Stewart added two hits and two RBIs.

Josh Calvert led the team with three hits and added one RBI, while Pritchett, Logan Green and Clayton Mains all finished with one hit and one RBI.

On the mound, Zach Egan got the complete-game win. He allowed two runs on five hits and two walks, while he struck out three.

Helena was led by one hit and one RBI each from Ryan Storey and Mims.

Pelham will now close out area play against Calera on April 12 and 14, while Helena will finish off against Chilton County on the same days.

The area championship is still up for grabs for Helena, Pelham and Chilton County, while Calera still has a chance to earn a spot in the playoffs.