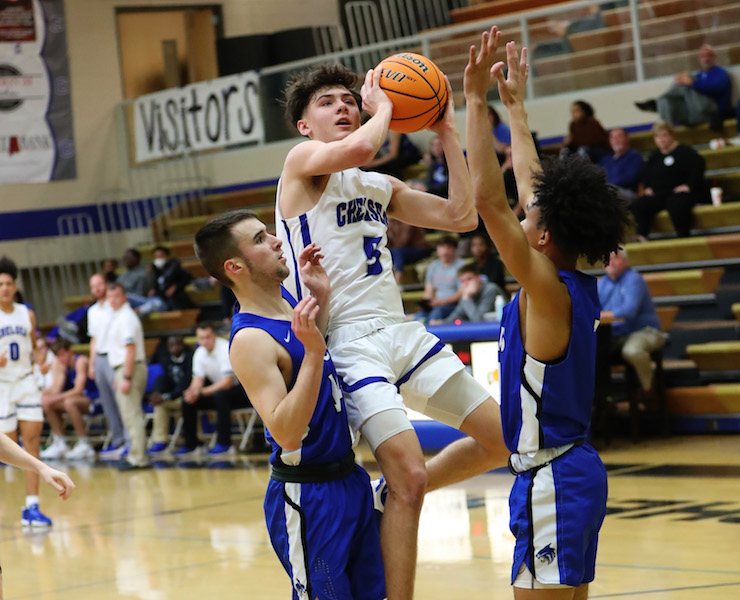 Chelsea’s Paul Lanzi and Spain Park’s Zach Gray will both participate in this summer’s North-South All-Star boys basketball game as members of the North team. (File)

Two local basketball stars will be competing in this summer’s North-South All-Star game in Montgomery ahead of their senior season.

Chelsea’s Paul Lanzi and Spain Park’s Zach Gray will both participate in this year’s All-Star festivities after being named to the boys’ North All-Star team on Tuesday, April 12.

The announcement was made by the AHSAA, as the two teams for the boys and girls games were shared featuring 15 players on each.

The two games will take place during the AHSAA Summer Conference July 18-22 in Montgomery, which will coincide with All-Star Sports Week.

Lanzi has been a starter for the Chelsea Hornets for the last two years and is coming off a special junior season as the team’s top guard.

He finished the year averaging 17.4 points per game, which was third in the county.

In addition to his constant scoring threat, Lanzi also finished the season averaging four rebounds and two assists per game. He made 78 3-pointers and led the team with 50 steals, while he now has 862 career points.

He earned a spot on this year’s All-County First Team as one of the five best players in Shelby County. It marked the second year in a row that he was named to the All-County Team after earning a spot on the third team last year.

During his sophomore season, he scored in double figures in 18 of 27 games to average 10.8 points per game, while he also posted 2.4 rebounds and 1.4 assists per game. 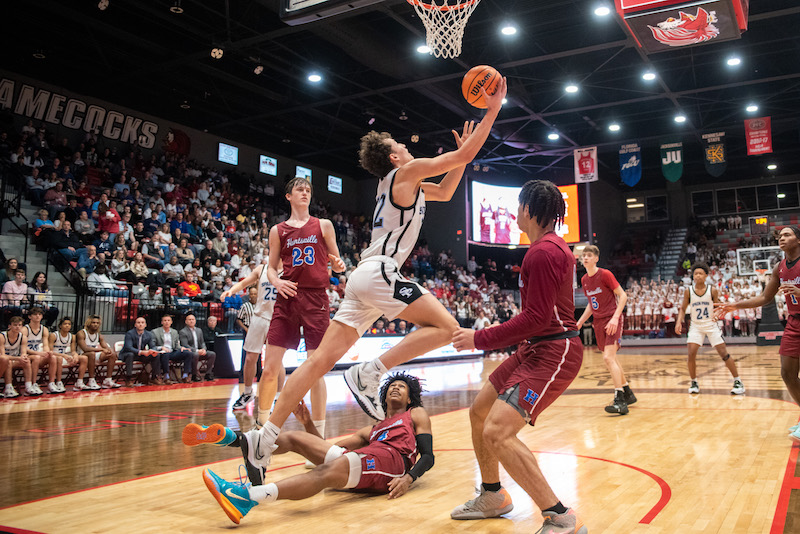 As for Gray, he was one of several key members on this year’s Final Four team at Spain Park.

A junior for the Jaguars this season, he battled back late in the season to finish as one of two double-figure scorers on the team. He averaged 10.4 points per game, while also averaging 2.8 rebounds and 1.3 assists per game.

He was one of five players for Spain Park to average at least seven points and two rebounds this season and will be looked at as a leader for next year’s team hoping to make a third Final Four in a row.

The two will join 13 others looking to lead the North to another win in the series after the squad won last year’s game 93-85, while they currently lead the all-time series 49-29.