AHSAA approves change from areas to regions for baseball, soccer and softball 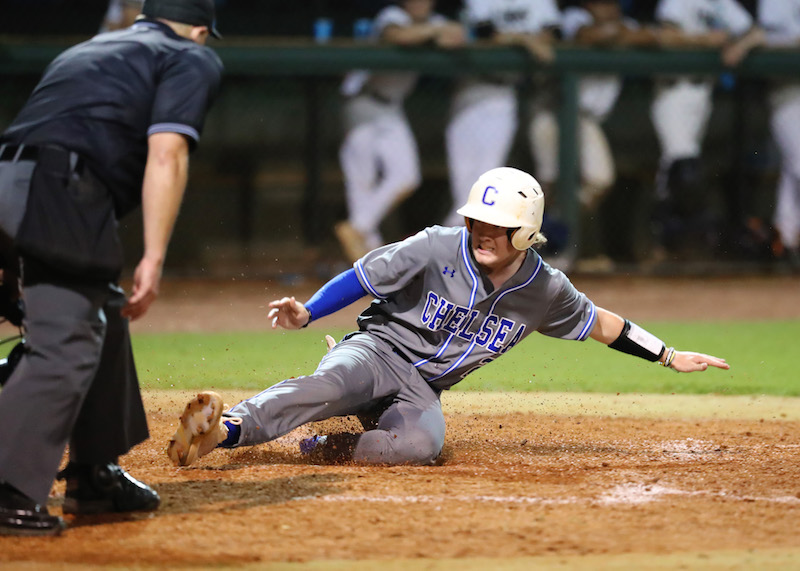 The AHSAA approved on Wednesday afternoon, April 13, a change to three major spring sports by moving each to a region alignment system rather than an area alignment starting next spring. (For the Reporter/Cari Dean)

MONTGOMERY – The Alabama High School Athletic Association made a big change to three popular spring sports on Wednesday, April 13 at its April Central Board meeting.

The board made changes to formatting in baseball, soccer and softball, taking each from an area alignment to a region alignment.

Previously, the three sports participated in area play, meaning the top two teams from the area advance to the playoffs.

In region alignment, that will change to featuring the top four teams advancing to the postseason in an attempt to get the best teams into the playoffs.

Baseball and soccer currently take the top two area teams from regular-season play into the playoffs, while softball uses the regular season to determine the area tournament host, while the top-two finishers in the area tournament advance to playoffs.

Next year, all three sports will shift to the model football currently follows, meaning the top four teams from their region during the regular season will be the four to advance to the playoffs from that region.

It is unclear what regions will look like, but spring sports will go through the reclassification process at the end of the schoolyear, which is when the regions will be mapped out.

An example of the benefit would come in sports where one region of the state has several talented teams in that sport, while other regions may not be as deep.

Locally, soccer is one of those sports where the Birmingham-metro area has some of the highest-ranked teams in the state, but ultimately several of the best teams miss out on the playoffs because of their difficult area.

Two teams from that area, however, will miss out on the playoffs, whereas they would have a good shot of winning or finishing in the top two in other areas across the state in the 6A classification.

The changes should get more talented teams into the playoffs for all three spots, while it should also make for a more competitive and entertaining postseason.

The changes will take place for all three spring sports during the 2023 competition season.

Once teams are reclassified at the end of this spring’s sports season, the AHSAA will release its spring sports reclassification with region alignments.