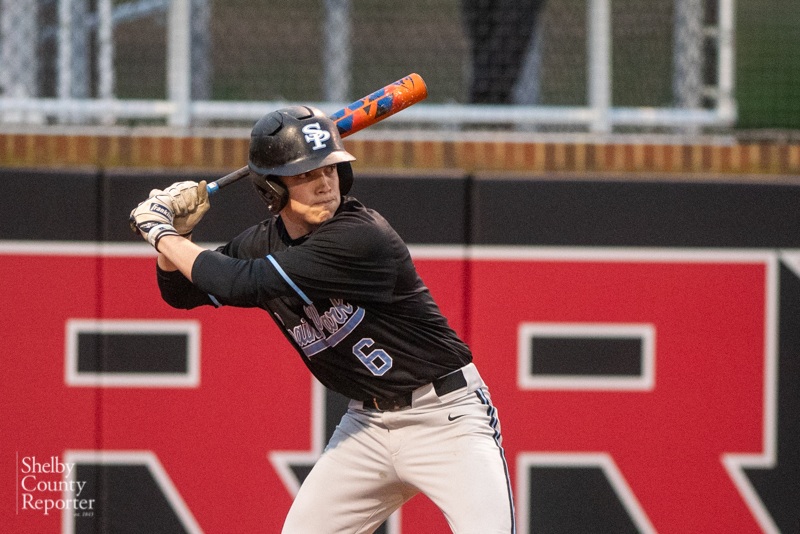 Spain Park picked up a crucial area win against Gadsden City on Wednesday, April 13 thanks to a walk-off double from Clay Spencer in a 7-6 win. (File)

The Spain Park Jaguars faced another seemingly must-win game on Wednesday, April 13, and they answered the bell in a big way against Gadsden City.

After splitting their area-opening series with Vestavia Hills a week earlier with a one-run loss followed by a one-run win, the Jags were again in danger of getting swept and in need of a clutch win after losing to Gadsden City on Tuesday, April 12.

But just like a week earlier, the Jags responded in the second game of the series with an important victory to stay right in the thick of the playoff hunt going into the final week of area play.

It looked as if Spain Park was going to coast to the victory against the Titans in game two after storming out to a 6-1 lead that they held all the way into the final inning.

Gadsden City, however, put together a five-run top of the seventh, stringing together three one-out walks to load the bases, before a hit batter brought home one run, an error brought home two more and a two-out, two-RBI single tied the game.

But Spain Park didn’t panic in the home half of the final inning.

With cleanup hitter Jacob Tobias leading off the inning, the Jags got a quick baserunner when he drew a walk in five pitches.

A sacrifice bunt from Ryan Cole then advanced pinch runner John Cooke to second to put the game-winning run in scoring position.

That set the stage for Clay Spencer.

After watching the first two pitches for balls, he found himself in a 2-2 count shortly after.

Spencer, however, got the exact pitch he wanted on the fifth pitch of the at bat and drove it down the left field line. Cooke, sprinted around third and raced home, crossing the plate to score the game-winning run on Spencer’s walk-off double.

It was part of a big game for Spencer, who finished with three of the team’s six RBIs in the 7-6 victory. He notched two hits in four plate appearances to lead Spain Park, while John Robert Thompson was also key with two hits and an RBI.

Josh Harrington and Wilkins Hunter both finished with a hit and an RBI in the win for the Jaguars as well, while Cole Edwards finished with two hits.

On the mound, Lucas Thornton got the start and went the first 5 2/3 innings, striking out five and giving up one run on four hits and a walk. James Battersby got the final two outs in the top of the seventh, allowing one hit and one unearned run, while striking out one to keep the game tied.

Spain Park has now split its first two area series to get to 2-2 in area play with a series against No. 1 Hewitt-Trussville still left. The Jags will likely need to split that series to earn a playoff spot, but could also finish in a tie with both Gadsden City and Vestavia Hills should they lose both to the Huskies depending on how the final week of area play unfolds.