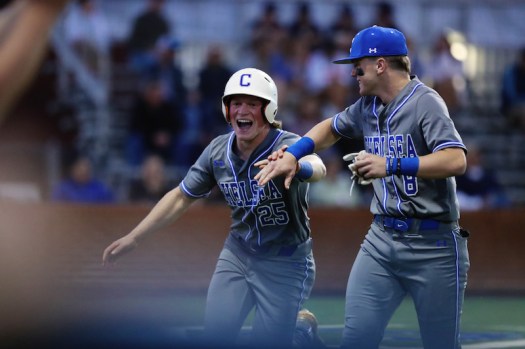 Chris McNeill celebrates after scoring against Briarwood in a game that completed a sweep of the Lions and earned Chelsea a spot in the 2022 Class 6A playoffs. (For the Reporter/Cari Dean) 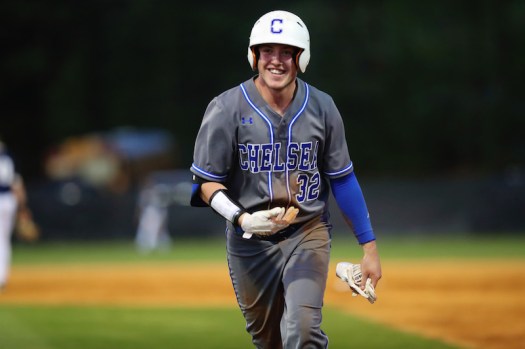 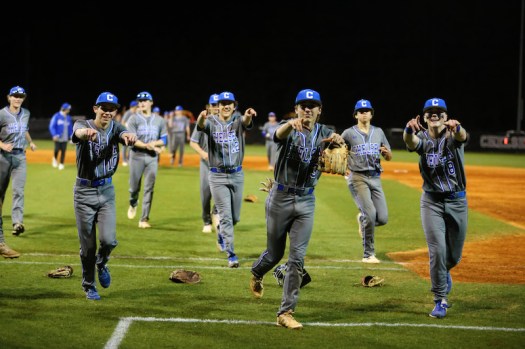 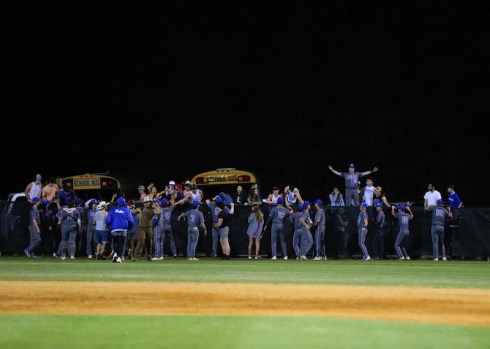 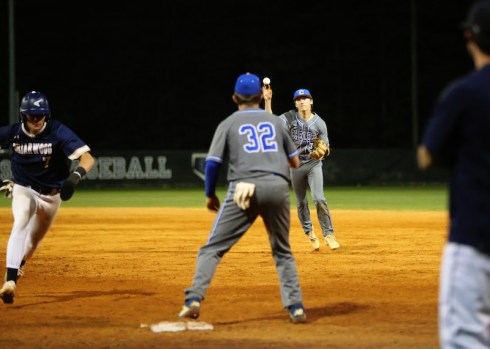 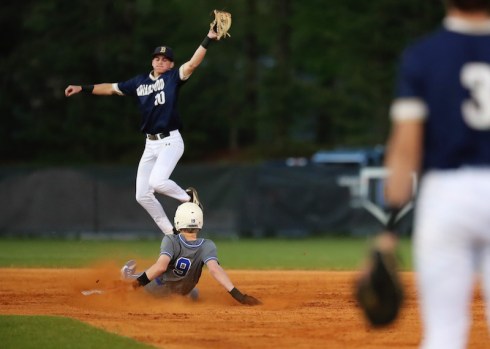 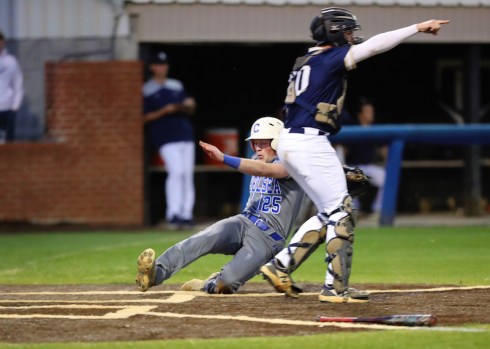 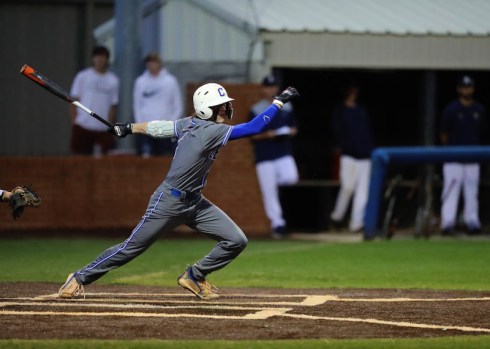 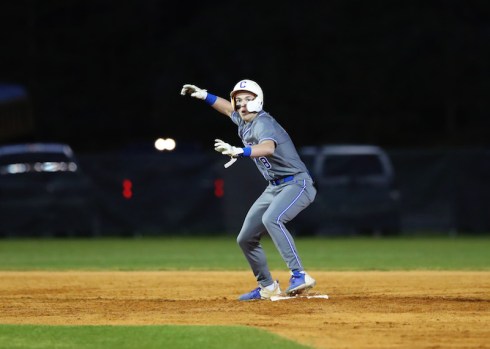 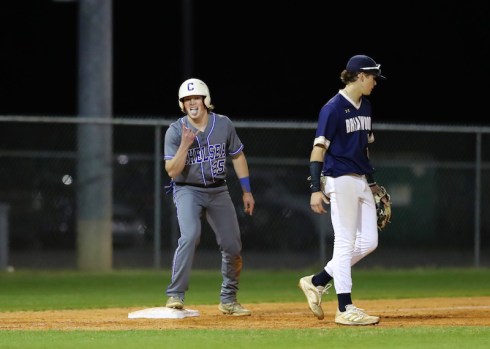 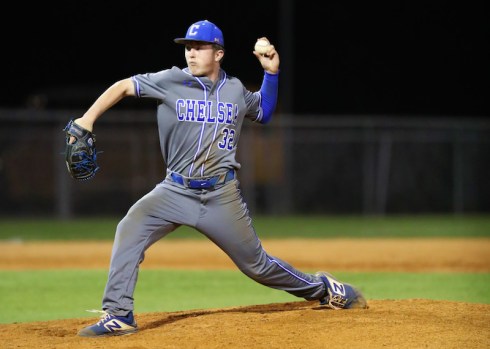 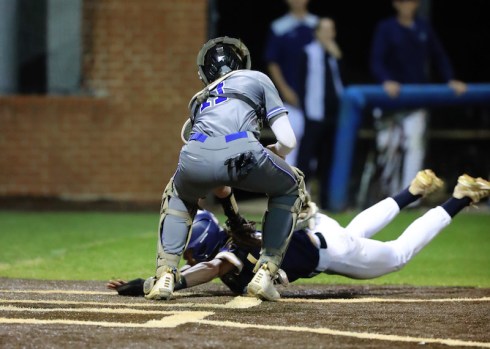 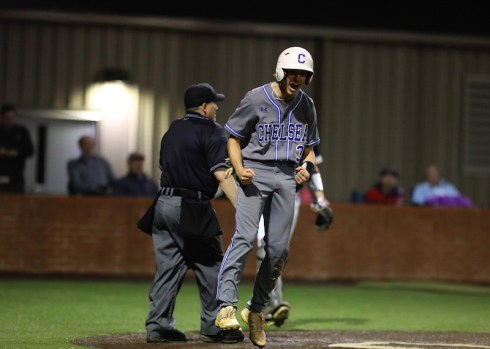 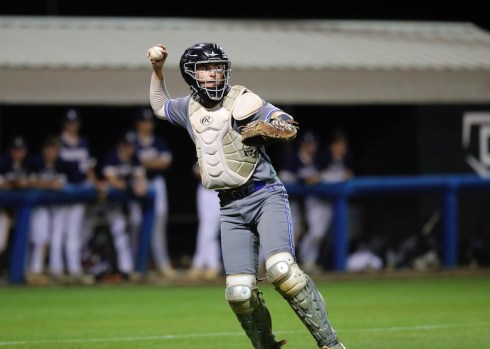 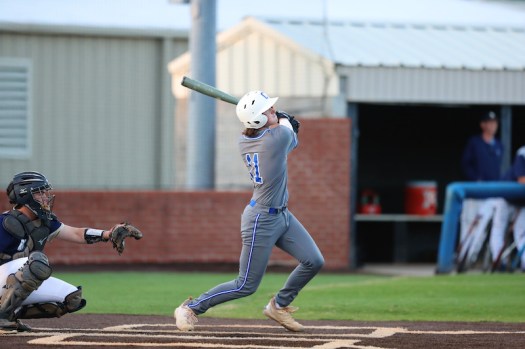 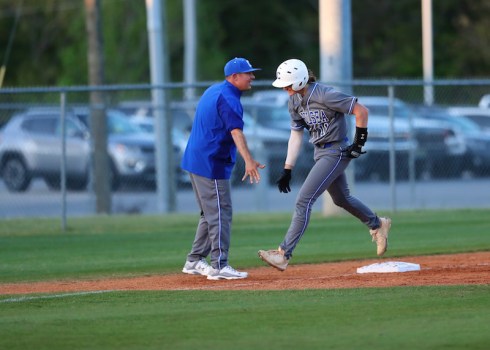 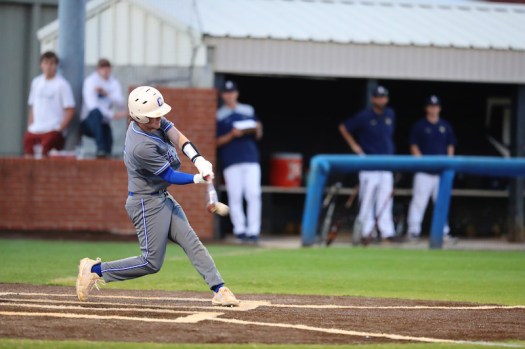 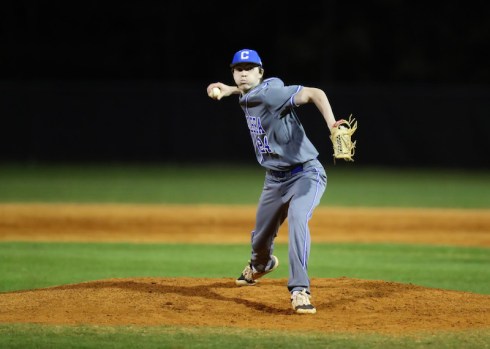 After an up-and-down start to the 2022 baseball season against a challenging schedule, the Chelsea Hornets have started to peak at the right time, which now means their season will continue.

After splitting their first two series of area play this season, the Hornets new a sweep of rival Briarwood would at least earn them a playoff spot if not a chance at the area championship.

With that knowledge, Chelsea entered the series playing to continue the season, and it showed in a sweep that earned the Hornets a spot in the playoffs and a shot at the area championship against Mountain Brook.

The opening game of the series on Tuesday, April 12 was a thriller that went down to the final inning.

After the two teams battled to a 4-4 tie through six innings, Chelsea stepped to the plate in the top of the seventh on the road looking to grab the lead.

A quick strikeout put one down in the inning, but the Hornets then loaded the bases with a walk to Campbell McCluney, an error on a sac bunt attempt from Cody Fortenberry and a walk from Christian Kallaher.

That brought Chris McNeill to the plate. Part of a big series for McNeill, he hit a fly ball deep enough to right field that brought home McCluney for the go-ahead run.

Now up 5-4 going to the home half of the final inning, the Hornets relied on Kaden Heatherly to close out the win.

He allowed one baserunner after hitting Cooper Higgins with one out, but back-to-back strikeouts quickly ended any threat from the Lions, as Heatherly polished off the victory.

He struck out four in 2 1/3 innings of work, while Andrew Floyd struck out nine in the first 4 2/3 innings, allowing four runs on five hits and five walks.

At the plate, Carson Orr finished the game 2-for-3 with an RBI, while Walker Thomas also had two hits and an RBI. McNeill walked three teams and had the game-winning RBI, while Kallaher and McCluney also had three walks each.

Briarwood was led by William Clark with two hits and one RBI, while Andrew McAdams finished with one hit and two RBIs. Higgins also had an RBI on one hit for the Lions.

That set Chelsea up with an opportunity to clinch a playoff spot on their home field two nights later.

Briarwood, however, was looking to play spoiler against their rival.

The Hornets went on to score four in the third to take the lead, and then added three more in the fourth and two in the fifth to take a commanding 10-2 advantage through five innings of play.

Briarwood scored two more in the sixth, but went down in order in the top of the seventh, as Chelsea closed out a 10-4 victory.

McNeill finished the game 2-for-3 at the plate with two RBIs and two runs scored, while Reid Gongwer added two RBIs on one hit. Kallaher, Thomas and Jackson Morgan each had two hits and one RBI, while Evan Jones added one hit and one RBI.

On the mound, Gongwer struck out six in 5 2/3 innings, allowing four runs on nine hits and four walks to pick up the win. Carson Camper then finished off the game by allowing one hit and no runs with two strikeouts.