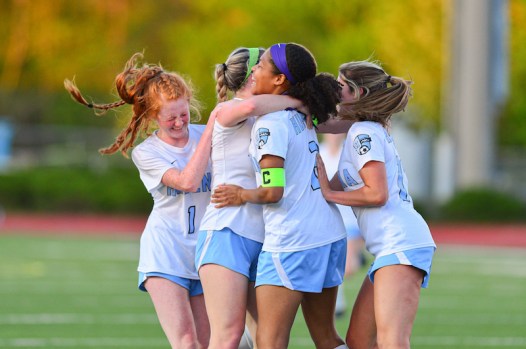 Helena’s players celebrate after taking down rival Pelham to finish area play a perfect 6-0. (For the Reporter/Jeremy Raines) 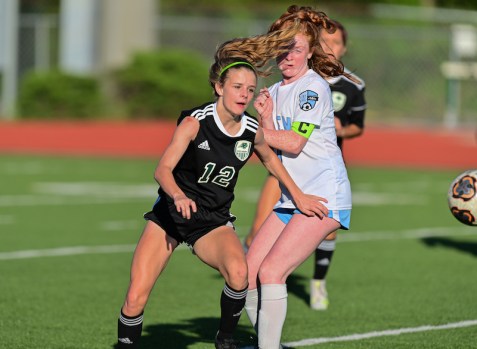 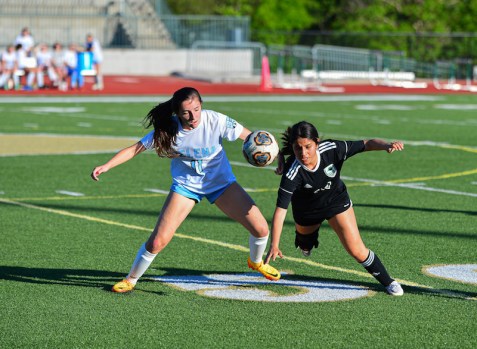 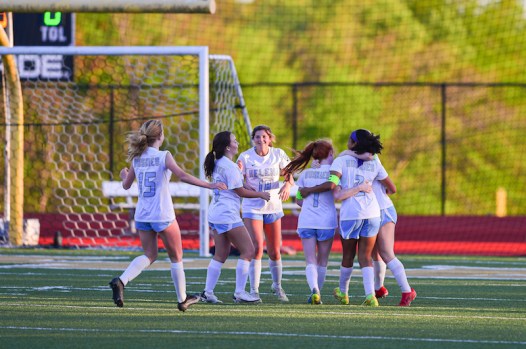 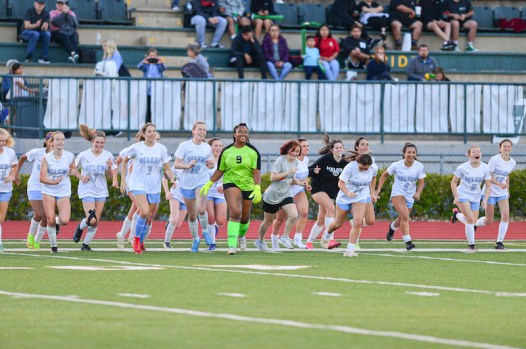 PELHAM – The Helena girls soccer team polished off a perfect season of area play on Thursday, April 14, and they did so with a rivalry win against Pelham.

The Huskies, who had already locked up the area championship with a win against Calera a week earlier, entered the game not only looking to finish area play perfect at 6-0, but also complete the season sweep of their rival after a 1-0 win back on March 23.

And Helena did just that in a second shutout of the Panthers with a 2-0 victory.

The first half featured several strong looks for both teams, but neither could capitalize on a couple of shots just in front of the goal, leading to a 0-0 tie at the half.

The Huskies, however, changed that quickly in the second half.

Within the first 14 minutes, RK Hulsey found herself with the ball sprinting up the left side of the field, only to see Bailee Washington emerge wide open trailing up the middle.

Hulsey booted the ball to her teammate, and Washington did the rest by burying a low-rolling shot into the left side of the net for a 1-0 advantage.

It looked like that was going to be all of the scoring, but for good measure, Hulsey got her chance to score when she and Washington traded places.

This time around, Washington found Hulsey for a goal with 4:41 to play to give Helena the 2-0 win.

With that, Helena improved to 13-6-2 on the season and 6-0 in area play as the postseason approaches.

Pelham is now 11-4-1 and 2-3 in area play in hopes of still finding a playoff spot with one game left against Calera on April 21.