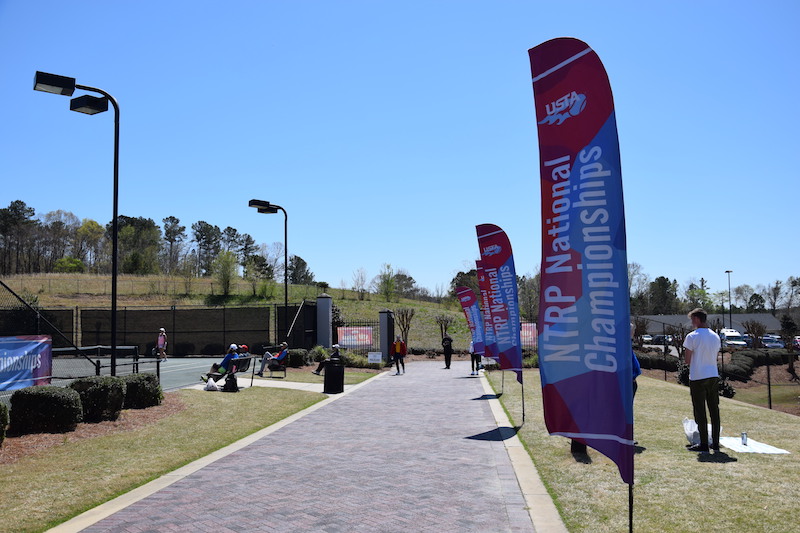 Pelham served as hosts for the NTRP National Championship Tennis Tournaments the weekends of April 1 and April 8. (Contributed)

PELHAM – The tennis courts of the Pelham Racquet Club were packed with talented tennis players for the weekends of April 1 and April 8 as the city of Pelham hosted the NTRP National Championship Tennis Tournaments.

Pelham is one of three sites to host NTRP Nationals in the U.S.  The other two are San Diego, CA, and Surprise, AZ.

Chaney Mills, the Pelham Racquet Club director said this was huge for the club and the city of Pelham.

“We were very honored to be one of the three cities in the U.S. to host these National events,” she said. “The majority of the players traveled from other states and that always helps our area with economic impact. We had some players that played in both weekends and just stayed in the area in between.”

Pelham City Council member Rick Wash praised the city of Pelham and the Racquet Club’s handling of the championships at the Council’s meeting on Monday, April 4.

“I want to thank Chaney and her group for what they have done,” Wash said. “It’s not often that we have things that put us on the national spotlight, and to be able to host the NTRP, that’s monumental. Especially since I understand we’re one of only three cities in the whole country who are selected. To have that much exposure of our small little town of Pelham when the other cities are a whole lot larger, I think that says a lot about us and our program. I want to thank you all for all your hard work.”