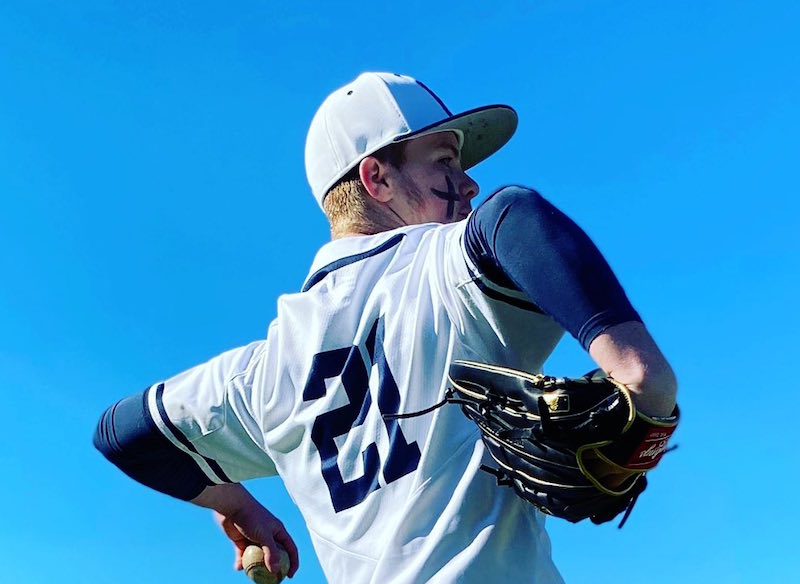 Looking to win another ACSC State Championship, the Evangel Lightning will have a leg up heading into the 2022 state tournament after taking down Ezekiel Academy on Monday, April 11.

With the 10-0 win against their rival the Lighting clinched the regular-season state title, which earned them hosting rights for the state tournament, which will take place April 22-23.

In the win, Evangel got a dominant combined effort from Sam Oddo and Eli Whitfield on the mound to help put together a shutout performance.

Oddo pitched one inning and struck out one while allowing no runs on two hits. Whitfield was dominant in his time on the mound, striking out nine batters in four innings of work and allowing two hits and one walk.

With their effort on the mound and the defense behind them, the offense was able to be patient and steadily pull away for the 10-run win in five innings.

Evangel scored one in the first and one more in the third to take a 2-0 lead, but it was the fourth that made the difference in pulling away.

The Lightning put up seven runs in the bottom of the fourth to take command, before they then added one more in the fifth to complete the 10-run win.

Evangel was led by Oddo at the plate with two hits and two RBIs, while Patrick Yeager also totaled two hits and finished with one RBI.