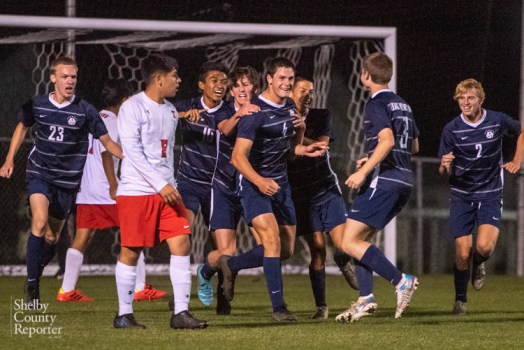 Oak Mountain’s boys and girls both picked up wins against Thompson on Friday, April 15, as the boys closed area play 6-0 and the girls improved to 5-0 in the area to lock up the area championship. (Reporter photo/Keith McCoy) 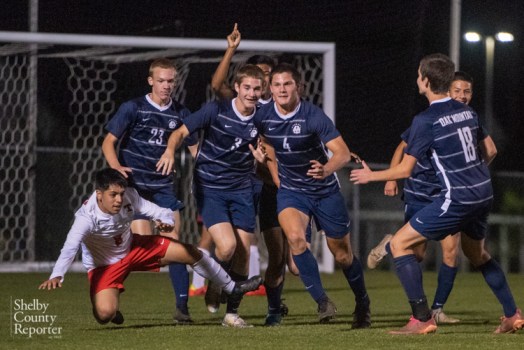 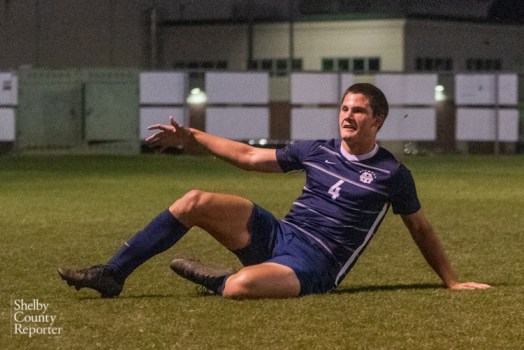 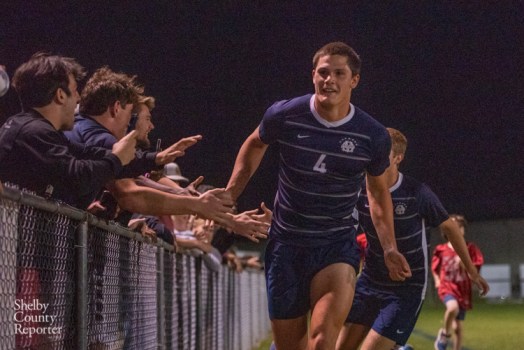 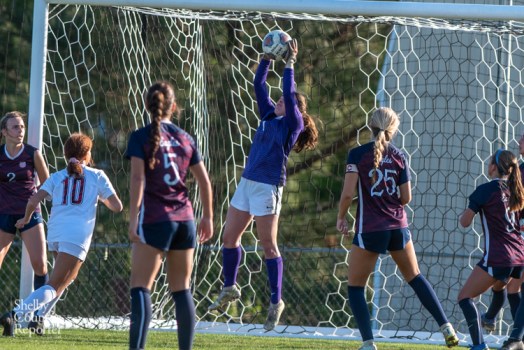 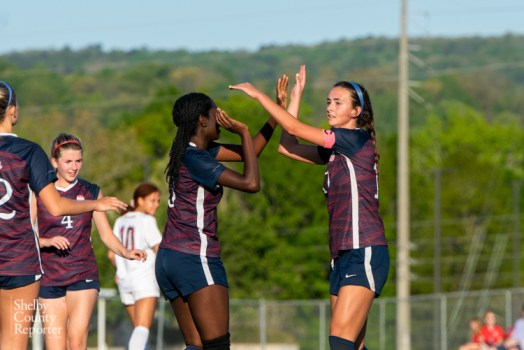 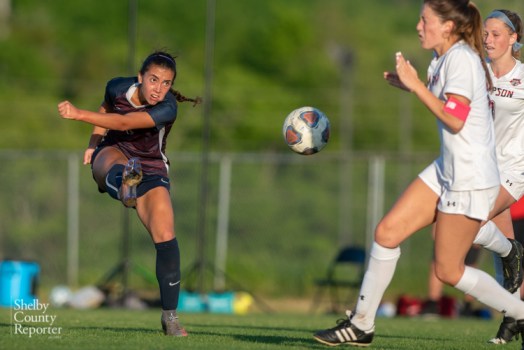 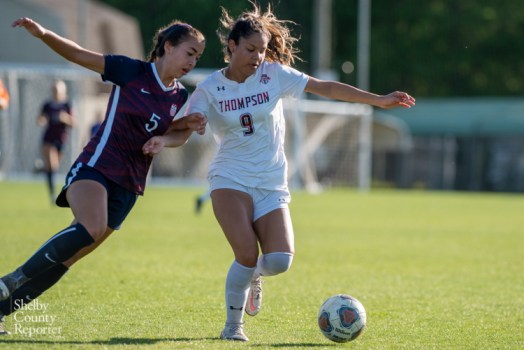 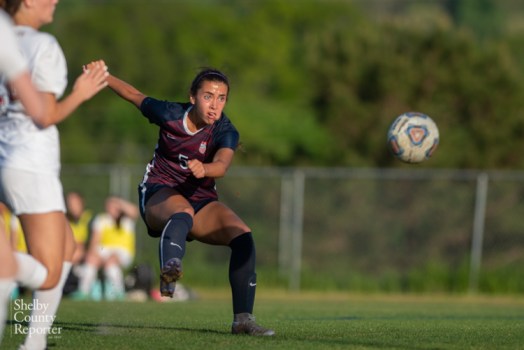 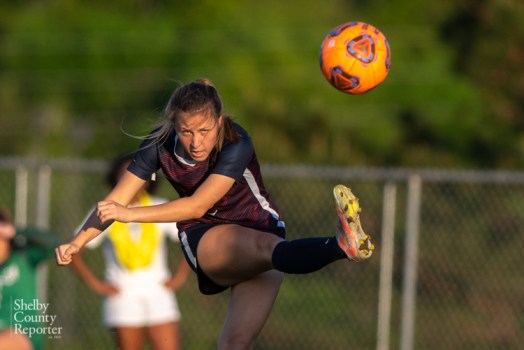 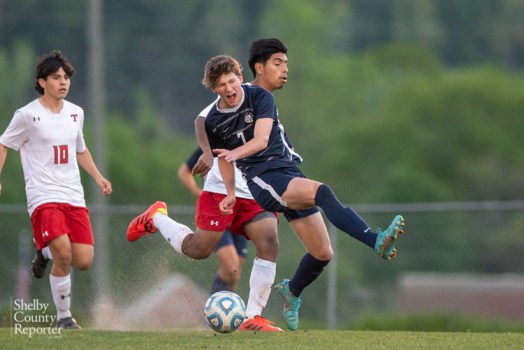 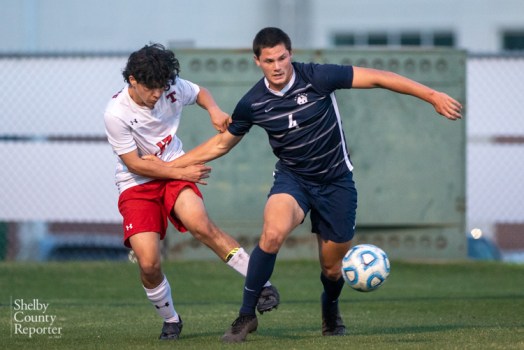 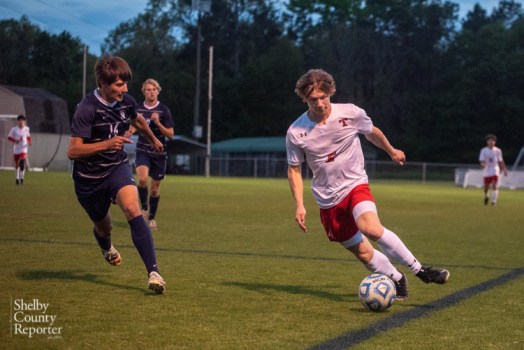 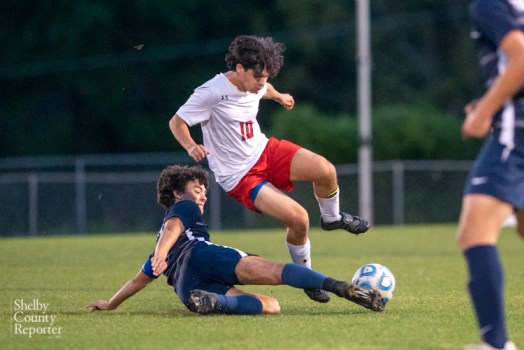 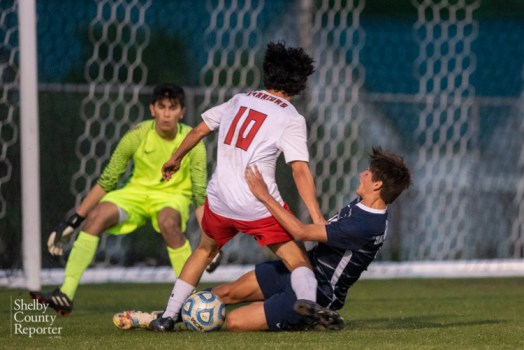 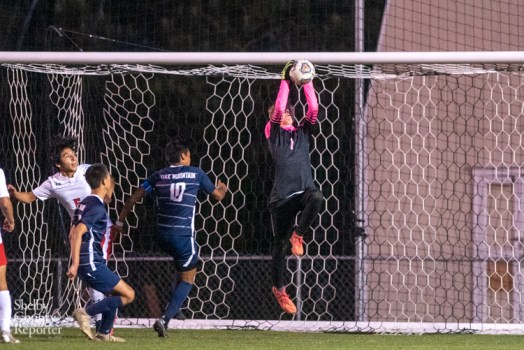 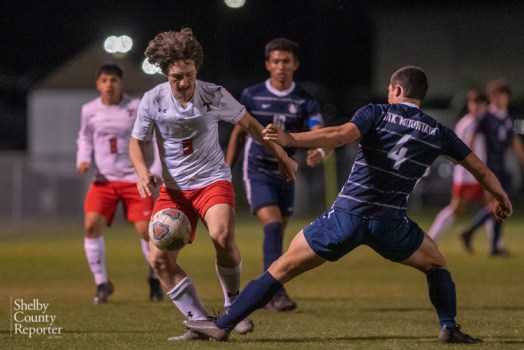 NORTH SHELBY – Oak Mountain’s boys and girls soccer teams put their stamp on a special season on Friday, April 15 in home matchups with the Thompson Warriors.

Taking on the Warriors in two area and county battles, Oak Mountain got two flawless defensive performances in shutout victories.

For the girls, looking to lock up the area title, they continued a remarkable season as the No. 1 team in Class 7A, as well as a shutout streak in a 5-0 win.

The Eagles scored four goals on Thompson in the opening half and closed the game out with one more in the second half, while the defense posted its fourth shutout in a row.

With the win, Oak Mountain improved to 5-0 in area play to claim the area championship with one matchup against Hoover remaining, while the Eagles extended their win streak to nine in a row.

They have now won 12 of the last 13 games and are 17-1-1 overall. Defensively, the Eagles have given up one goal or less in all but two games this season, while they have 11 shutouts in 19 games.

Offensively, they have now scored for or more goals in eight games and multiple goals in all but four games.

As for the boys, they were able to finish area play undefeated with a shutout as well.

After a scoreless first half, the Eagles scored two second-half goals to pick up a 2-0 win to improve to 6-0 in the area and 14-3-4 overall.

Defensively, Oak Mountain’s boys have been one of the top teams in the state.

The Eagles have given up one goal or less in 18 of their 21 games, while they have yet to give up more than two in any game and have 10 shutouts.

That has played a role in Oak Mountain winning six of seven and five in a row, matching the team’s longest win streak of the season.