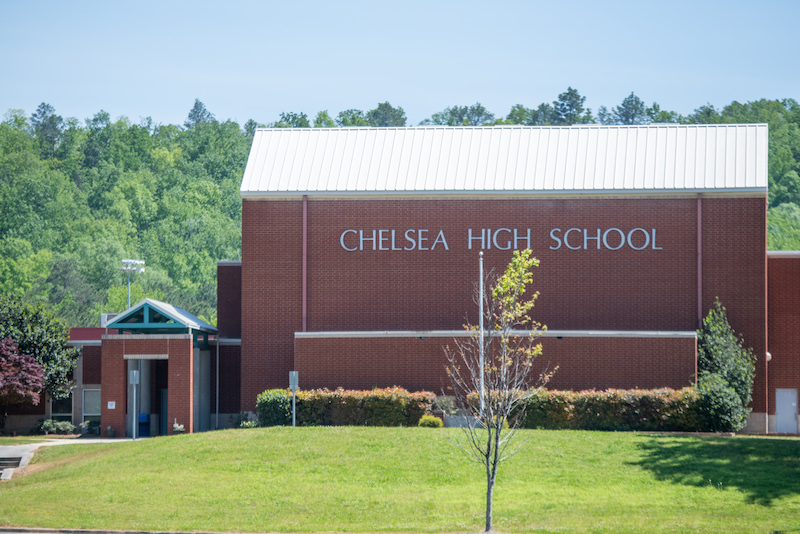 The Chelsea City Council will vote at its May 3 meeting to determine whether or not a special election will be held in July to decide on the city forming its own school system. (File)

CHELSEA – During a regularly-scheduled meeting on Tuesday night, April 19, the Chelsea City Council held a first reading of a proposed ordinance that would set a special election for the city’s residents on the possibility of a city school system.

The council will vote on whether or not to move forward with an election at its May 3 meeting. If the council votes in favor of an election, a special election will be held on July 12 that would determine if Chelsea will pass a proposed property tax to start its own school system.

It was also determined that the property tax increase that would be voted on would be a 12.5-mill increase, which is the lower of the three options previously mentioned by the city.

Currently Chelsea is one of three municipalities in Shelby County that only pays property tax to the county and is void of a municipal property tax. The other two are Indian Springs and Westover, who like Chelsea, currently pay 44 mills to the county, while others have a millage rate of 49 or higher.

At a millage rate of 56.5, Chelsea would have the fourth-highest millage rate in the county, behind, Birmingham, Hoover and Vestavia Hills and just ahead of Alabaster, Calera and Columbiana.

The 12.5-mill increase would allow Chelsea to start a school system and make improvements to facilities, but according to previous statements, it would have taken 20 or more mills for a new high school to be built.

During the meeting, the council members shared their thoughts on the matter ahead of their vote to determine whether or not it will go to an election for the public in July.

“I realize there are many here tonight vehemently opposed to this property tax and to the formation of a city school system,” Picklesimer said. “My question to you is, what is it you are so afraid of? If you are convinced that this vote will fail, that the voters of Chelsea do not want this, why are you so passionate that the vote should not even take place? There is a councilmember that is supportive of this ordinance, giving you the right to vote on this, that has personal doubts as to whether or not it will pass. Let the people vote and make the decision.”

Picklesimer also said the lack of civility has been disappointing through social media, and he is hopeful conversations can be had without hatred.

He also gave a promise to the city that this would be his only attempt at the matter during his final term as mayor.

“Tonight, I am going to make you another promise. If this city council allows this vote to happen, and it fails, I will never bring another school initiative before the council for a vote in the remaining three years of my term.”

Picklesimer encouraged residents to make their voice heard if it does go to a vote, saying the city has never had even 25 percent of the community show up for a municipal election.

“That’s disappointing, and I hope and trust that will not be the case in this election,” he said. “This one is too big and too important to our future.”

During a video posted to the city of Chelsea’s Facebook page following the council meeting, Picklesimer shared more thoughts on the possibilities of what could lie ahead with a new school system.

Throughout the video, he highlighted the possibility of new and improved facilities for middle and high school students in a timely manner “without having to get approval and wait in a long line as we do with a county school system.”

He also mentioned the opportunity to form a local school board comprised of Chelsea residents with the sole focus on the students and schools.

He added that there would be additional locally-funded teacher units to reduce the student-teacher ratios in the schools, while also including that they would begin offering pre-K classes in the elementary schools.

In addition to that, Picklesimer said they would have the ability to add new programs, such as career and technical courses, advanced and gifted programs and a wide range of electives.

“Forming the Chelsea City School System will put us on equal footing with the best school systems in our state,” he said. “It will have a small cost to all of us through property tax. It is, however, the greatest investment we can possibly make in the future of our children. It is something our children and our community deserves. I believe investing in our schools and investing in the future of our kids and the quality of life it brings is a great investment. The time is right, it’s within our reach, and the moment is now.”

Following the mayor’s comments during the meeting, each councilmember spoke on their thoughts regarding the possibility of a vote and a school system.

Two others were in favor, one was in the middle and two were opposed.

Sumners said the 12.5 mills would equate to a 28-percent increase in each citizen’s property tax bill in addition to the recent increase on property taxes due to reevaluation by the county.

“This proposal to raise taxes on the citizens comes at time of record inflation, numbers not seen the last 40 years,” Sumners said. “Interest rates are rising, some already doubling from their low just 12 months ago. Gas prices are up over 50 percent from a year ago. And at a time when many of our friends and neighbors are struggling financially, I refuse to even ask them to pay higher taxes for something that isn’t even an absolute necessity at this time.”

Sumners said what he has heard from residents in the city is that there is no issue with the education, but rather complaints of facilities.

He said he would prefer to see the city leverage the 1-cent sales tax in the bond market and use that for improvements rather than a property tax.

“Before we make a decision, we should investigate all possible options, not just raising the property tax,” he said.

Morris echoed those sentiments, saying that he would like to see them continue to try and work with the county to make improvements.

“It was mentioned that a council of six should not decide for a community,” Morris said. “If I recall correctly, there was a committee of three that was created by yourselves to start the conversation with Shelby County. We got a report back from Shelby County, but there was nothing else. There were no other work sessions done, it was ‘They don’t have the money, we have to do it ourselves.’ In retrospect, we’ve heard over the last three months, ‘I’ll stand beside you to do a district tax, I’ll stand beside you to do a whatever.’ The county is willing to work with us, and we’re just shutting the door.”

Morris was originally highly in favor of the school system and a property tax when the idea was first floated around, but he interpreted the feasibility study differently than the rest.

“Like Cody said, we are experience astronomical times in our economy right now with inflation being very high,” he said. “I feel like we have a very influential community, but I would beg to differ with (Councilmember Tiffany Bittner) that this could be the best thing for our community when I have been approached by many individuals who have said they will have to move out of the community if the property tax increases. I can’t tell you the validity of that statement, but to hear someone say that, I think it is something that we need to strongly consider other options as opposed to the 12.5 mill property tax.”

Councilmember Scott Weygand and Bittner both spoke in favor of an election and the property tax increase, while Councilmember Chris Grace said he was in the middle.

Weygand said through his many business deals, he has seen what it is like when revenue doesn’t meet expenses, making for a bad deal that won’t work, while also seeing the ones where revenues meet expenses or exceed them.

“I would not support this or be behind it if this was going to put the city in any sort of bind or the new school system in any sort of bind,” he said. “We’re looking at projected revenues with the 12.5 mill tax of a little over $28 million with expected expenses to be just over $24 million. That gap is what funds our school’s future, that gap is what will repair the schools, that gap is what will push this city and this school system into the growth of the future. That’s what we’ve got to have, and that’s what our school system currently does not have. Our job is to look out for the city and its future, and that’s what we’re trying to do.”

Bittner added that now is the time to do something to give the best opportunities to the families rapidly moving to one of the state’s fastest-growing cities.

“As a mom of four kids in school, I think now is the time to do something. I think we have the opportunity to do something really great,” she said. “This could be a game changer for our city on so many levels. I think, you know, you try to look into the future, you try to best prepare for the future, plan for the future. We see growth is here, it’s not stopping. I think, if we don’t do anything now, we’re missing a huge opportunity.”

Bittner said the students and teachers deserve better, and this decision isn’t one that will just affect the next 5-10 years, but 20 years down the road.

“To me, in this position with big decisions like this, I want to say, ‘What is going to be the best decision for the city in years to come?’” Bittner said. “My goal is to try and look into the future and best set up Chelsea and our schools and our kids for the future and give them every opportunity that I feel like they deserve.”

She also chimed in on a topic among many lately, which is the possibility of student numbers declining due to students in unincorporated areas along Shelby County 41 moving to Oak Mountain schools.

“It goes back again to having local control of the funding,” she said. “It would be a school board having control of where your dollars are spent and how they’re spent. There would be more accountability and the ability to do more capital improvement projects where needed.”

Grace said this is possibly the toughest decision before the city since it was incorporated, and it isn’t a decision to be taken lightly.

He didn’t say whether he was completely in favor of the property tax proposal or the school system, but that he thought it was feasible and it should go before the citizens to decide.

“Three of our members believe that the option before you is the first and best solution, and I happen to agree that it is a feasible solution,” he said. “And to that end, I will support putting it before our citizens to have the right to discuss and decide. I plan to support the ordinance for an election.”

The city will hold several town hall meetings in the coming weeks and leading up to an election should the special election be approved at the May 3 meeting.