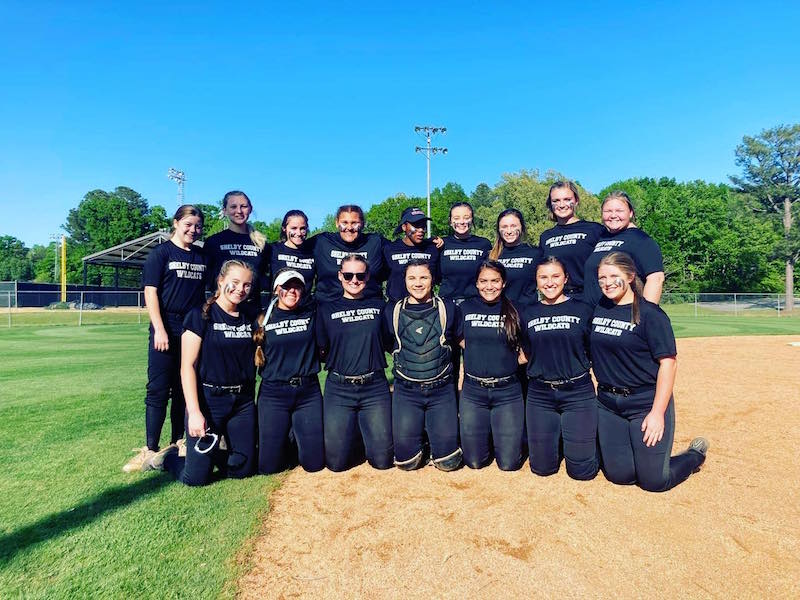 The Shelby County Wildcats used a shutout of Central-Clay County on Tuesday, April 19, to earn the No. 1 seed and hosting rights for the area tournament. (Contributed)

COLUMBIANA – The Shelby County softball team not only got revenge on Tuesday, April 19, but the Wildcats earned hosting rights for this year’s area tournament.

Taking on Central-Clay, Shelby County needed a win to earn the right to host the area tournament after losing to the Volunteers 6-5 back on March 21.

With a win, the Wildcats’ record would improve to 5-1 in area play, while a loss would have put them at 4-2 and Central at 5-2.

Shelby County, however, did exactly what it needed to do en route to revenge.

The Wildcats were flawless in the field and in the circle, giving up no runs, while the offense scored two in the third, two in the fifth and one more in the sixth to pick up a 5-0 shutout victory and lock up area play as the one seed heading into the area tournament.

Shelby County got the scoring started in the bottom of the third on a solo home run to lead off the inning, while an RBI single later in the inning put a second run on the board for a 2-0 lead.

The Wildcats then added two more in the fifth on an RBI single and a steal of home to make it 4-0.

That was more than enough, but they added one more insurance run in the bottom of the sixth on an RBI double.

Central Clay then went down in order in the top of the seventh, while the Volunteers only had eight baserunners the entire game.