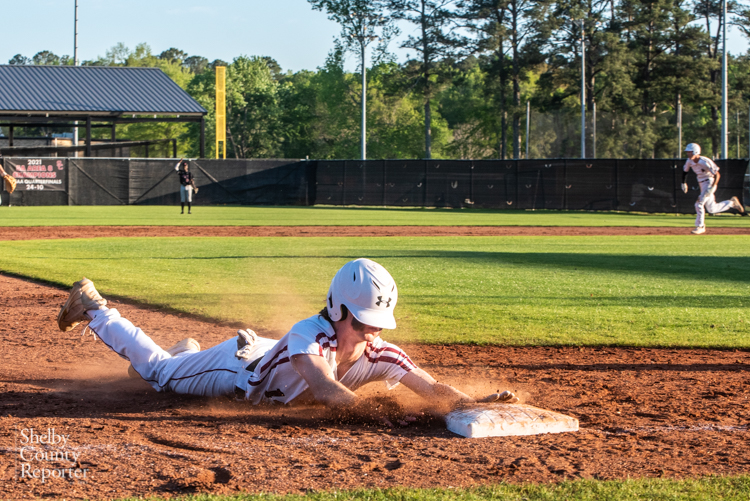 The Shelby County Wildcats finished off the regular season as the top-ranked team in Class 5A. (Reporter photo/Keith McCoy)

The postseason is upon us in baseball, while it is on the near horizon for softball, and on Thursday, April 21, the final rankings of the 2022 season were released for both sports.

And if the polls for each classification are a glimpse at what to expect in the postseason, there should be a strong contingent of teams making runs in the playoffs with seven local teams ranked inside their respective top 10 and seven others nominated for a spot.

In the final rankings of the season, there were four local baseball teams ranked inside the top 10 with an additional four nominated, while there were three ranked softball teams and three more nominated.

The highlight of the season continued to be the Shelby County Wildcats, who finished the regular season as the No. 1 team in Class 5A—a position they held for the majority of the season.

The Wildcats finished the regular season 25-3, losing to Jasper 3-2, Corner 3-2 and Elmore County 13-3. All three of those teams ended the season ranked or nominated for a spot in the rankings in either the 5A or 6A classification.

Shelby County closed the regular season on a seven game winning streak and will enter the postseason with hopes of a deep run and possible championship.

The Vincent Yellow Jackets were the next highest-ranked team in the baseball standings, coming in at No. 3 in the Class 2A poll.

The Jackets finished off the regular season with a record of 24-6 and winners in 14 of their final 16 games.

Three of their six losses came to Shelby County, while the Yellow Jackets also fell 2-1 to Leeds, 7-0 to Fayetteville and 13-3 to Ranburne.

Vincent also beat each of those teams aside from the Wildcats.

The other two ranked teams came in the 7A classification, and they were two teams battling for a playoff spot on the final day of the regular season.

Spain Park and Oak Mountain both found themselves in the final two spots of Class 7A, with the Jags at No. 9 and the Eagles at No. 10.

Spain Park was 24-10 heading into a final area game against Hewitt-Trussville on April 21, while Oak Mountain was 20-13.

The two teams have played some of the most difficult teams in the state, both competing in areas with every team either ranked or nominated for a spot in the rankings.

Outside of the four ranked teams, the Thompson Warriors, Chelsea Hornets, Helena Huskies and Briarwood Lions were all nominated for a spot in their respective standings.

In Class 7A, Thompson was also battling for a spot in the playoffs on the final day of the regular season with one final game against No. 7 Hoover, who they beat on Tuesday, April19. If the Warriors win that battle, they’ll be in the playoffs.

As for the three 6A teams, Chelsea and Helena both made the playoffs this year after winning area championships, while Briarwood finished the season at 9-11 following an extremely difficult schedule and one of the most difficult areas in the state.

In the softball standings, two Class 7A teams were ranked, while one found a spot inside the top 10 in Class 6A.

Helena was the highest of the three teams, ranked No. 3 in the 6A classification after winning this year’s area championship with a perfect 6-0 area record.

The Huskies are 28-4-3 on the season as the area tournament nears. They’ll enter the postseason hoping for another magical run to the state tournament.

Spain Park came in at No. 5 in the Class 7A standings after a strong showing in recent weeks.

The Jags are now 27-5-2 and have seemingly gotten stronger as the season has progressed. They’ll be looking to get back to the state tournament this year, but have a difficult area tournament to get through just to get the postseason started.

Thompson came in at No. 8 in the final standings. Two losses down the stretch to Hoover kept the Warriors from winning the regular-season area title, but they’ll now enter the area tournament motivated to start another trek toward the state tournament.

Outside of those three teams, Chelsea, Shelby County and Vincent were all nominated for a spot in their respective top 10.

All three are in the top two of their area as they hope to advance to the playoffs in the next two weeks.