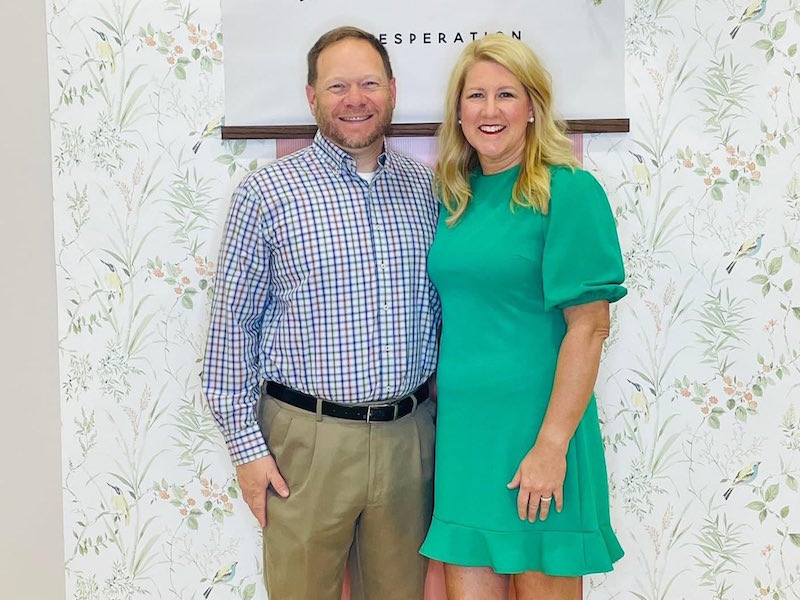 CHELSEA – The Chelsea Hornets have found their new head football coach after a month-long search following the departure of Dustin Goodwin to Thompson.

On Thursday, April 21, Todd Cassity was approved by the Shelby County Schools Board of Education to take over the position as the new leader of the team.

Cassity comes to Chelsea from J.B. Pennington where he spent the previous seven years leading the Tigers.

“It’s very exciting for myself and my family,” Cassity said. “My wife is employed with Shelby County Schools. This is the perfect marriage for us because it allows us to get in that community together. We’ve been driving opposite directions for the last seven years, so now we can be in one community whole heartedly. We are so excited about it. I can’t wait to meet the kids and start being a part of their lives.”

Before taking over at J.B. Pennington, the team had won 11 games in a six-year span.

That, however, quickly changed under Cassity, as the the Class 3A team went a combined 48-42 in his time with playoff appearances in each of his last six seasons at the helm.

He led J.B. Pennington to back-to-back 8-4 seasons the last two years and an appearance in the second round of the playoffs each year as well. The Tigers won at least eight games in four of Cassity’s seven years there, while they won a playoff game in four of their six seasons advancing to the playoffs.

Before taking over at J.B. Pennington, Cassity was an offensive coordinator at Pleasant Grove for seven years after spending two years as the head coach at Gordo where he combined for a record of 19-11.

He led the Green Wave to playoff wins in both seasons, going 9-5 in year one and 10-6 with a trip to the third round of the playoffs a year later in 2006.

Cassity’s combined coaching record between the two stops is 67-53, and he has led all but one of his nine teams to the playoffs.

The new head coach of the Hornets has known about his new role for the last three weeks, which made it difficult at times, but in that time, he saw what it’s like when a community comes together.

“I love J.B. Pennington,” he said. “It is such a special place. I actually met with the kids last week and sent a message out to parents to let them know what was going on because I wanted to help in that transition. Nobody had any ill feelings or bad words or put anything bad on social media. They all wished me well. It was such a great place.”

And that community culture is something that excites Cassity about Chelsea.

He said that for that reason, the challenge of jumping into Class 7A, Region 3, which features three-time defending state champion Thompson, as well as Hoover, Hewitt-Trussville, Spain Park, Vestavia Hills and others.

“The region is the potential,” Cassity said. “We’re not going to look at any excuses. Not going to look at being in 7A as a negative. We have to get in the right mindset and look at that as a positive. The city of Chelsea is a wonderful place. There is a reason they are going to 7A, it’s because people want to live there and move there and be a part of that town and city.”

He said the potential is there, now it’s just about getting the kids to understand they belong.

“I think there is a lot of potential schoolwide,” Cassity said. “I just have to get the kids to understand that they belong in 7A view the move up as a positive and not a negative. We have to put in our mindset. We can’t be outworked and have to put in more work than anyone else. I want our kids to thrive on all the negative and let it boil in side of them to the point where they feel like they’ll outwork everyone because of the talk.”

Cassity will take over for Goodwin, who served as Chelsea’s head coach for the past four years, leading the Hornets to a combined record of 15-27 and two appearances in the playoffs.

Goodwin will transition to take on the role as inside wide receivers coach at Thompson High School, where he said he hopes to contributed to a team that has won three consecutive state championships.

Goodwin’s teams seemingly improved each year at Chelsea, including what was close to his best season this past year.

The Hornets started 0-4 against one of the most difficult schedules in the state, dropping two of those four by seven points or less and one by 13 before then winning four in a row to earn a spot in the playoffs.

Chelsea went on to lose to Mountain Brook and Calera to end the regular season before then falling 30-20 to Oxford in the first round of the playoffs.

Cassity, who finished his tenure as the third-winningest coach in J.B. Pennington school history, will now look to help Chelsea get back on the winning track.

The Hornets haven’t had a .500 season or better since going 8-3 in 2016 under former head coach Chris Elmore.

Cassity, however, has only had two losing seasons as a head coach in 10 years, and was one of the most successful coaches in J.B. Pennington school history.