Joel Floyd takes over as next Oak Mountain basketball coach 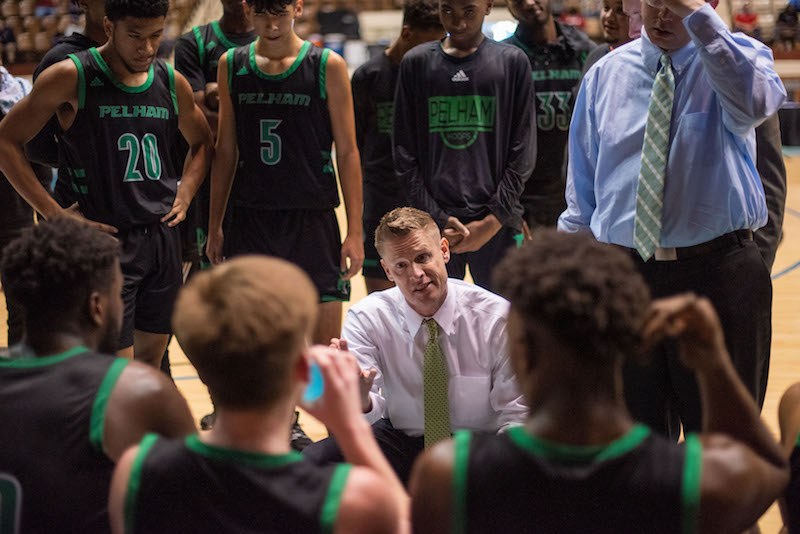 NORTH SHELBY – Joel Floyd won’t have to move his office supplies far, as the Spain Park assistant basketball coach will be moving two miles down the road to take over as the next head basketball coach at Oak Mountain High School.

Floyd, who is very familiar with the area after serving as Pelham’s head coach for 13 years before his two-year stint at Spain Park, was approved to the position on Thursday, April 21 at the Shelby County Schools Board of Education meeting.

“It had to be just the right opportunity, and Oak Mountain is just that,” Floyd said. “At Spain Park, I was in such a good spot working with one of the best coaches in the state. I wasn’t looking or searching because I was happy where I was at. I felt like I was able to contributed to two successful programs (basketball and volleyball), but this one is just a great fit. I feel like it is the perfect fit to go there. I know the community well. I used to be a part of Shelby County Schools, and I live in the area. It’s an area with tremendous community support.”

In his two years under Chris Laatsch at Spain Park, he helped the Jaguars reach the Final Four in back-to-back seasons, which added to the success on his resume as a head coach the 13 years prior at Pelham.

During his time as the lader of the Panthers, Floyd led the Panthers to at least the Sweet 16 on four different occasions, including three times in his last five years, while they made it to one Elite Eight. 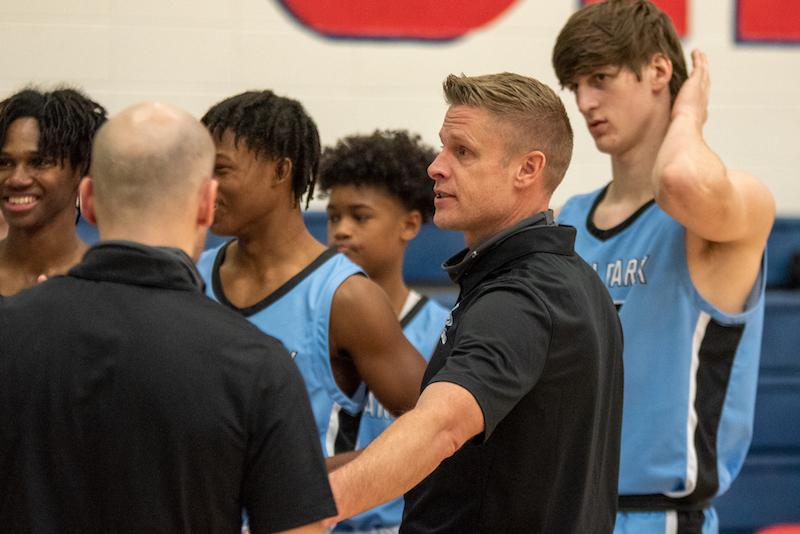 He ultimately decided to leave so his son could be coached by someone else during his senior year at Spain Park, but he also wanted to coach alongside Laatsch and continue growing as a coach.

“When I came over to Spain Park to take that position, it wasn’t a temporary move,” Floyd said. “One, my son and I, that was a cool opportunity for us, but I told coach Laatsch I wasn’t coming over for just that year.”

Ultimately, Floyd said he loved every aspect of his time at Spain Park and was comfortable as an assistant for both the basketball and volleyball programs, both of which had success during his time with the Jaguars.

With his happiness, he said he had a very small list of jobs that he would be interested in, and at the top was Oak Mountain.

Then, Chris Love decided to retire from his job as the team’s head coach after a special career leading the Eagles, and that’s when Floyd started to ponder the idea of making the move.

“Coach Love decided to retire before spring break. When that happened, I had to do a little soul searching. Thinking about it and talking with my wife about it, at the end of Spring Break, I decided to take advantage of the opportunity.”

Floyd said it was ultimately the perfect fit.

“I wasn’t going to move and chase anything else,” he said. “I wasn’t just going to chase after any job. I was happy where I was at; fulfilled where I was at. It had to be just the right job, and there were only a few on the radar. When this one popped up, it was at the top of the list.”

Now, he’ll take over for a program that is no stranger to success fresh off a Final Four, state championship and Elite Eight in each of the last three years, respectively.

Floyd, no stranger to success himself, hopes to replicate that success, which included the school’s first state championship in 2021.

“Coach Love has done a great job at Oak Mountain for a long time, and I’m looking forward to the opportunity to try and continue on the success that they’ve had,” Floyd said.  They’ve set a high bar to try and live up to. But we just have to go in there and just get to work. It won’t be living and dying by a state championship, but getting better every day. When you get to become a new head coach, a lot of times it’s because it wasn’t going well. I’m stepping into a successful program that has been run right and has high expectations and community support. I’m just trying to continue on that success.”

Floyd said he will bring a lot of passion and excitement to the program, which is something the players can expect to see on a daily basis.

As an assistant at Spain Park, he said his role with both the basketball and volleyball programs was to find the positives and help the team build off of that, which he wants to carry over with him to Oak Mountain.

“My role has been to find the positive side so we can have great energy all the time in everything we do,” he said. “We may not win every game, but we’re going to do everything to the best of our ability and strive to reach the excellence they have the last several years.”

Floyd also said it will be bittersweet when he and Laatsch meet each other in area play moving forward, adding even more fuel to one of the county’s strongest rivalries.

“He’s a great friend on and off the court, was before I came here and even more so now after working closely with him the last couple years,” Floyd said. “It will be difficult but fun. I joked around with him recently that we can just call each other’s stuff and see who can run it better. It will be a fun experience and should create even more excitement for basketball in the area.”

Oak Mountain will hold a meet-and-greet for the community, parents and players on Tuesday, April 26 from 4:30-6 p.m. at the school. Floyd said anybody in the Oak Mountain community is welcome to attend.